“Every day we either blew something up, had an amazing motorcycle stunt or did some type of comedy,” Dax Shepard said Monday night at the CHiPs premiere at the TCL Chinese Theater in Hollywood.

The director and star arrived in a red sports car alongside co-star Michael Pena surrounded by California Highway Patrol officers, with Tupac Shakur’s “California Love” blaring from the vehicles. Keeping in line with the film’s theme of patrol officers and car culture, the duo arrived in style.

“I shit the bed a couple of times — I couldn’t stop laughing. I do remember just laughing [endlessly]. Once you start, it’s hard to stop,” Peña told The Hollywood Reporter of working on the comedy. Pena plays Frank “Ponch” Poncherello, an undercover FBI agent who teams with Jon Baker (Shepard) to expose crooked cops in an adaptation of the classic TV series. 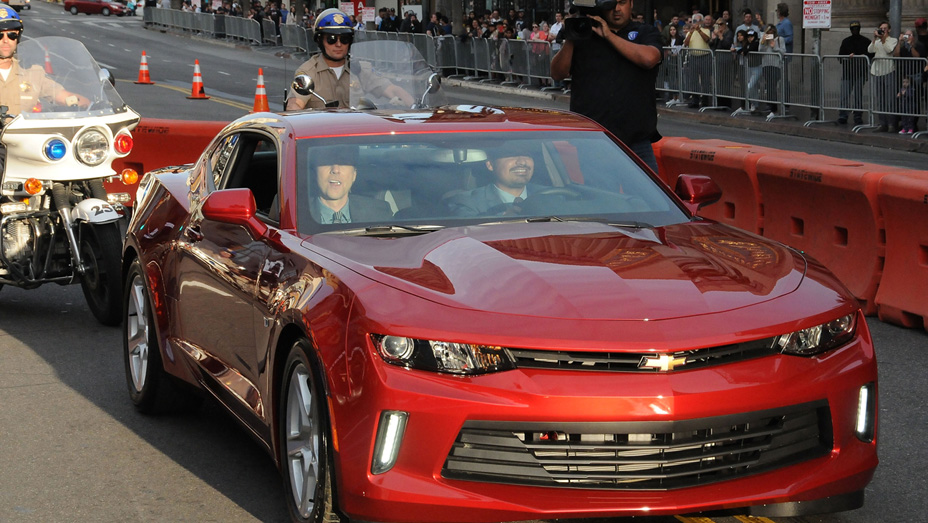 Wearing multiple hats as an exec on the film, Shepard explained that he had this cast in mind when writing the script: “I knew I wanted Pena to play Ponch. I thought he was the only actor that could take on that iconic of a character.”

On the subject of working with his wife, actress Kristen Bell, Shepard joked, “My wife is really affordable. She gives me a really good rate.”

Bell shared similar sentiments: “I married Dax because I like spending time with him and I trust him. Those are the exact qualities I want in a work partner as well.”

Following the premiere, the cast headed to an afterparty at Mel’s Drive-In, where they enjoyed burgers, fries and, of course, the police officer-favorite spread of coffee and donuts.