Continue to The Hollywood Reporter SKIP AD
You will be redirected back to your article in seconds
Skip to main content
September 13, 2018 9:00am
Logo text

After more than 60 years, it’s time for J’onn J’onzz to finally learn who he really is, with DC Entertainment launching a new Martian Manhunter comic book series at the end of the year. The 12-issue series, the first time the character has headlined a title since 2015, will be created by Steve Orlando and Riley Rossmo.

“I’ve been calling this my dream project online for more than a year,” Orlando told The Hollywood Reporter. “I started talking to DC about it at San Diego Comic-Con 2017. He’s always been my favorite character since I was younger, so to be able to fire our best shot across the bow of doing an evergreen story with him, it’s super exciting. Everyday I’m writing, I just can’t believe it; there’s no character I wanted to work on more.”

Best known to non-comic readers as a character in the CW’s Supergirl — and, before that, a mainstay of Cartoon Network’s Justice League and Justice League Unlimited — the Martian Manhunter, AKA J’onn J’onzz, debuted in 1955’s Detective Comics No. 225 and has been a permanent part of the DC Universe ever since. Pulled from his home planet of Mars by a science experiment gone wrong, the character used his powers to disguise himself as a human in order to solve crime and help his adopted planet both as policeman and longtime member for the Justice League of America.

The upcoming 12-issue series is at once a re-examination of the character’s origins and emotional journey and also a detective story on Earth, as J’onzz — in his guise as John Jones, human detective — attempts to solve a murder that may have connections to his own past on Mars. As Orlando puts it, it’s also a chance for he and Rossmo to define the character in a way that he’s never had the opportunity to be seen before. 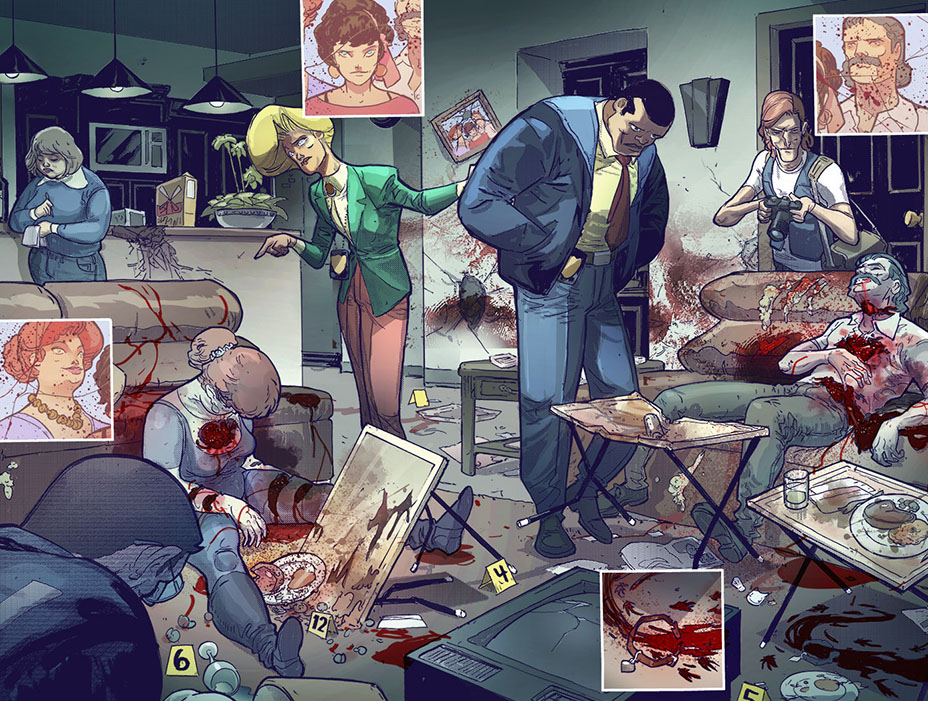 “In the past, J’onn has been too perfect,” he argued. “One of the reasons people have not connected to him is that he was a perfect upright cop on Mars, and yes, his family died but it was no fault of his own, and then he came to Earth and he was perfect. Our favorite characters, that’s not them, you know? Spider-Man let the burglar go. Bruce Wayne was too afraid to save his family. This book gives J’onn that moment, and that’s the keystone as to why this book will be, is, the Martian Manhunter story, because we finally know the why. Why he strives to be so good on Earth, why he has this journey, because he’s never really had one before. All of our favorite characters overcome their faults, and we hope he’s going to do it here, but he has to have them first.”

For Rossmo, one of the appeals of the series is the chance to dig into the opportunity to build a whole new culture almost from scratch.

“There’s not that much pre-existing material for Martian culture,” he explained. “There are all these different aspects, and I really love the design challenge of that. Like, what does a building look like for people who don’t really need furniture? It’s an abstract visual problem-solving thing that feels pretty unique. I’ve been working on it for a year, and it’s been good to have that kind of run-up. There’s a problem-solving aspect to it that I really enjoy — what do the Green Martians look like, compared with the White Martians, how do they co-exist, even do they co-exist? And then the character designs have to reflect those cultural pieces and contrast all of that with how J’onn and the humans look like in the current storyline.” 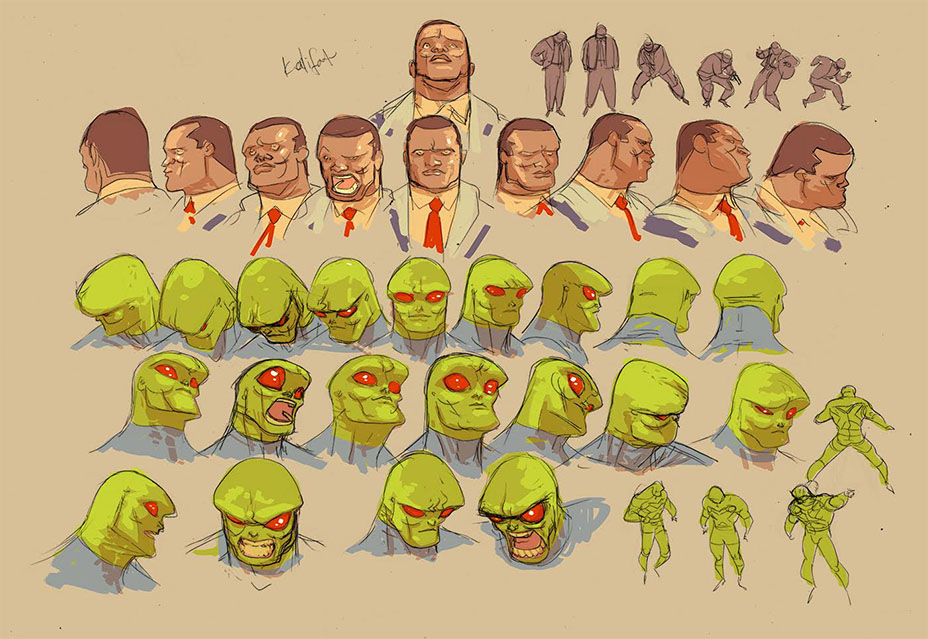 Both Orlando and Rossmo, who’ve previously worked together on Batman: Night of the Monster Men and Batman/The Shadow, were eager to collaborate again, and especially on a series of such scope.

“I had so much fun with Night of the Monster Men. There’s a sequence at the beginning of it — the people at the morgue are infected and they start to bubble, and when I read that, I thought, ‘I like this guy.’ [Laughs] That was when I knew we’d do some good stuff,” Rossmo remembered. “With Batman/The Shadow, we started with traditional script/art, but after the first couple of issues, we’d opened things up and there was a freedom that’s really exciting. I don’t feel constrained ever with Steve’s scripts.”

“What’s uniquely exciting is that the complexity in Riley’s storytelling is innovative and new,” Orlando continued. “You’ll see storytelling techniques that are not a reference to 1972, or 1986, they’re brand new. They’re ways that pages have never been told before.”

“When we were discussing the project and getting ready to go, the present timeline story felt kind of David Lynch-y to me, and I thought that would be the piece that I could really dig into,” Rosso said. ”But the Martian stuff, the family stuff, has been really emerging as the part that really grabs me. There’s a moment in issue one that they all have as a family together, and it brings a tear to my eye, because you know where it’s going, and what’s going to happen. I want to do it justice, and show how special that time is together, knowing from page one of the series where it’s going. That’s really become a driving factor for me.”

Ultimately, Orlando suggested, Martian Manhunter is a series that seeks redemption for its title character, but doesn’t promise that he’ll necessarily earn it.

“Being the Martian Manhunter gives him a second chance. His life on Mars was a catastrophe of his own making; the tragedy that he undergoes is catastrophic, but his greatest failing is his family — he fails in his ultimate obligation as a partner, and as a father.” His life on Earth is a gift to him; it’s his second chance to be the man he always wanted to be on Mars but wasn’t strong enough to be, and didn’t have the will to be. The question is, is he really strong enough to be this person? Is it just an act? Can he really seize the opportunity? That’s really what the series is about, and by the end, we’ll find out if he’s strong enough to make the Martian Manhunter a hero, to make him inspiring to people instead of just a reminder of what happened to his people in the past.”