Counselor to the president Kellyanne Conway has had a busy weekend. With her boss, Donald Trump, and her colleague, press secretary Sarah Huckabee Sanders, sitting out the annual White House Correspondents’ Dinner festivities, Conway had the heavy burden of representing the entire administration at the buzzy parties that have made the weekend famous.

Last year, the reporters and television news personalities who regularly attend the weekend’s festivities gave Trumpworld some credit for showing up and putting on a smile around the “the enemy of the people,” as their boss calls them. This year? Not so much.

“It shows you how they feel about freedom of the press,” CNN anchor Don Lemon told The Hollywood Reporter ahead of the dinner. “We’re here to celebrate freedom of the press, and they’re nowhere to be seen.” But, he added, “I actually kind of like it. I actually like celebrating with people who believe in the Constitution, who believe that the press is one of the cornerstones of our democracy. So, if you don’t believe that, you don’t belong here.”

“I’m not sure it’s a bad thing,” MSNBC anchor Ali Velshi said of the Trump-free weekend. “I think that this should be a celebration of the First Amendment. I’m not terribly worried that we’re not hobnobbing with the administration.” 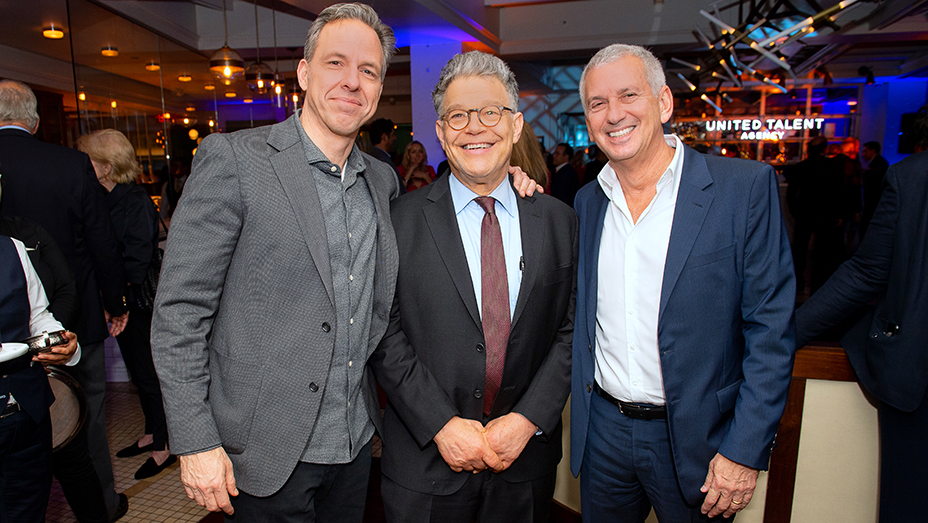 House of Cards actor Michael Kelly, who hosted a glamorous after-party with Capitol File magazine, was one of the few actors who graced Washington, D.C. (Minnie Driver was spotted attending Samantha Bee’s “Not The White House Correspondents’ Dinner” taping.)

White House Correspondents’ Weekend has been notably different during the three years of the Trump administration, which have seen less and less celebrities make the trek to D.C. to pall around with their favorite politicians and reporters.

Once again, the president left town to deliver a Make America Great Again rally that served as Correspondents’ Dinner counter-programming, though this year’s speech was lighter on media criticism than past.

“There’s an ebb and flow in everything,” Kelly said of the weekend. Cable news anchor Greta Van Susteren used the same metaphor in 2017, showing that it’s been all-“ebb” in the Trump years. “I think it’s important that we all get out here and we support these people, support the kids who are getting scholarships,” he said. “There’s great causes here, there’s great things to rally behind.”

CNN anchor Kate Bolduan, who has taken part in the festivities since 2005, took a more enthusiastic stance. “I’m actually more excited for this weekend than I have been for many of the past years,” she said ahead of the dinner.

Last year’s partiers included several micro-celebrities of the moment, including Omarosa Manigault Newman, who had penned an anti-Trump book, Michael Avenatti, who is now in legal peril, and 11-day White House communications director Anthony Scaramucci. All three were absent this year, and no one really took their place, though a smiling deputy attorney general Rod Rosenstein turned heads at Haddad’s brunch.

The White House Correspondents’ Association, which puts on the dinner, set the tone for the 2019 event early by following up comedian Michelle Wolf’s caustic performance last year with a more scholarly speech from historian Ron Chernow. “[The WHCA] told me that they wanted to try boring at this year’s dinner, and I said, ‘Oh, I can deliver on that big time,'” Chernow told the crowd at the Washington Hilton on Saturday night.

The media personalities and entertainers who spoke with THR complimented Chernow’s speech but missed the opportunity to laugh, both at themselves and the president.

“Comedians are fun,” Kelly said. “That night is about taking a piss on the president. That’s what it’s about.”

Lemon agreed. “Bringing someone in to talk about the free press to the free press is preaching to the choir,” he said. “I like the comedian because it gives us a laugh that we all needed because our jobs are all very serious. … I think it’s a missed opportunity.”

He might get his wish. According to an industry source, the WHCA has already reached out to major talent agencies about booking a comedian for the 2020 dinner. Chernow echoed Lemon, saying Saturday night, “I sincerely hope the comics will be back for many more star turns in the future.”

Jay Leno, who has performed at the Correspondents’ Dinner and was in town for Saturday’s garden brunch, said he hopes that going comedy-free is a one-year aberration. And, he didn’t make hay of the politicized backlash that greeted Wolf’s routine last year. “She was very good,” he said. “One thing when you do the show is that everybody’s mad about something.”