As the body count climbs on Dead to Me, Netflix’s dark buddy comedy about two women who bond over their grief and misdeeds, so has love from the TV Academy. After making a soft Emmy entry in 2019, the sophomore season scored four nominations —including best comedy series and twin lead actress mentions for stars Christina Applegate and Linda Cardellini.

The show, which recently announced that its third season will be its last, will film its final episodes whenever filming is possible. In the meantime, creator and showrunner Liz Feldman is running a remote room and watching a lot of other television — something she says she now feels better about than ever before.

How are you doing?

I’m good, thanks. I just got out of my Zoom [writers] room. My “zroom,” as I call it. It is a … mediocre amount of fun. It is not nearly as fun as being in the same room as all those smart people. It’s a dystopian version of what we’re used to, but it’s still effective. We’re still going to be able to break the season.

How do you find the moments of silence? I find them much heavier in video chat.

The silent moments are definitely louder. As human beings, when we’re all together, you can still sort of feel everybody’s energy even when it’s silent. When you’re silent on Zoom, it just feels like everybody is holding their breath in a really weird way. 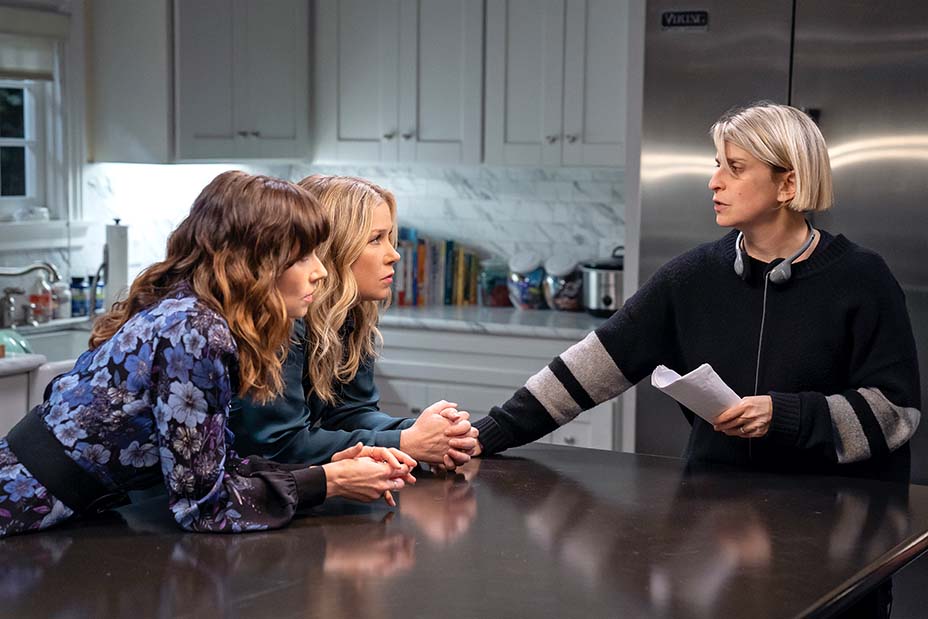 Does everybody get their own dry erase board of all storylines you left up in the air in season two? It was quite a finale.

We do keep a very comprehensive document of what we call our “danglers,” which are all the threads that we left dangling. We’re all privy to all of that stuff, and it’s certainly where we start from. It’s a lot to work with.

Talk to me a little bit about the decision to end with season three.

I always had the sense that I wanted this show to be a relatively short-running one. I understand the landscape at Netflix. It’s very rare for them to have a show that goes five, six or seven seasons. It can happen, but it’s obviously the exception. Halfway through shooting season two, an idea came to me that felt very true to the show — and I realized that it could be a really great way to end it. It does sort of launch from the end of season two and that cliffhanger. A lot of it is intuitional. I follow my gut with these things. Also, I was inspired by [Fleabag creator] Phoebe Waller-Bridge. She just decided that two seasons of her wonderful show was enough. I think that’s an incredibly self-controlled way to deal with success. Sometimes I think I’m making a mistake, letting go of this incredible alchemy we have with Christina and Linda, but it just feels right to me that this is how we should close out the story.

When you wrapped season one, did you know you were going to bring back James Marsden — whose character you seemed to very clearly kill off?

When we wrapped season one, I thought, “Oh, what a shame. He’s such a sweetheart.” I loved working with him. The fact that he wanted to come back was so flattering, and as soon as he told me that, the wheels started turning. They’re all so good together. So, I sat down with one of my best friends, Kelly Hutchinson, who’s a writer on the show, we just sort of looked at each other and said, “Twins?” It was not part of the plan. It was out of his desire to come back and our collective love for him. When you’ve got a good thing, you try to keep it going, and sometimes it requires bringing in a twin to do that. 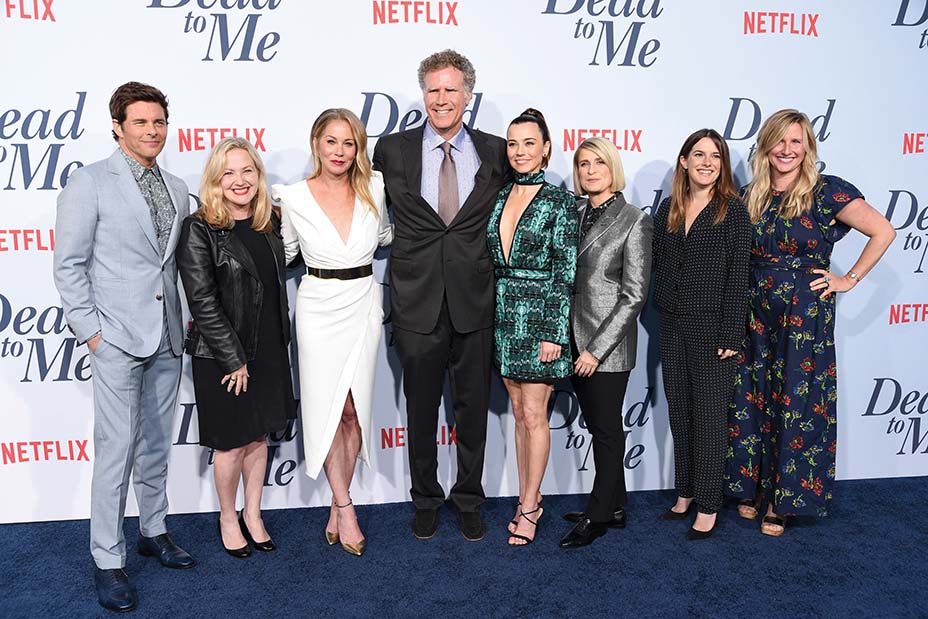 Have you talked about what going back into production may look like?

This season we have a 20-week writers room, so there’s no way we could go into production until that’s over anyway. That buys us some time to see how it goes and what the landscape looks like for other productions. Hopefully, we learn from the successes and pitfalls of other shows. There’s no way we’d even try to be back in production until, the earliest, December.

How have you been distracting yourself from present circumstances, outside of working?

Like everybody, I have been watching a lot of TV. It’s given me a great sense of purpose as a person who makes television. Almost for the first time, I realize how kind of important it is. (Laughs.) It doesn’t ever seem like an important job. I’ve had lifelong guilt about it. I come from a family of doctors, and I’m a comedy writer. I haven’t ever felt like that was super important. There’s something about entertainment that is escapist, but there’s value in that escape. As a collective, we are under a lot of stress right now — probably even more than we understand in this moment. And I think any time you can take to unplug from the world and tap into another reality — or just be able to laugh or cry, for me, that has been really therapeutic. And that can range from I May Destroy You to the reality competition Alone, which are both things I’m watching. I, for one, am thrilled baseball is back. I think my wife and I have watched every single Dodgers game. I try to take walks and be a human being, but mostly it’s just TV.

And The Odds Are…

After only seeing lead Christina Applegate nominated for season one, Dead to Me‘s fortunes improved considerably in season two. Applegate shares a best actress nomination with Linda Cardellini, the series got a shoutout for casting, and it found its way into the main battle despite a slightly more divisive sophomore run. The fact that Dead to Me has no writing or directing nominations — or much of any presence in creative arts races — makes for an uphill battle to nabbing a best comedy win. But, stacking it against the other seven series, its path to a surprise victory is hardly the most daunting. — M.O.