Jason Sudeikis is “O Captain! My Captain!” John Keating in Dead Poets Society, a new stage version of the 1989 film making its world premiere at off-Broadway’s Classic Stage Company. Directed by CSC’s new artistic director John Doyle and adapted by the film’s Oscar-winning screenwriter Tom Schulman, the 90-minute drama marks the Saturday Night Live alum’s first dramatic role for the stage, playing the inspirational English teacher who shares his love of poetry with his students at a conservative all-boys prep school, urging them to embrace their potential to lead extraordinary lives.

“It’s a giant monolith of a performance to go after, when an icon like Robin Williams is doing one of his great roles,” the film and TV actor tells The Hollywood Reporter. “I’d be lying to you if I said I wasn’t nervous — there are so many opportunities for failure at any point to just remember what word I’ll say next.”

Ahead of Thursday’s opening night, Sudeikis, 41, goes Off Script about how the presidential election has affected the production, what special gift he received from fellow SNL alum Bill Hader and how he’s dieting in solidarity with his wife, actress Olivia Wilde.

What do you admire about your character, John Keating?

He listens to people at a point in their lives when they don’t feel heard, and in a much more active and participatory way than they’re used to. I remember that feeling. I actually don’t mind getting older — people listen to you more. 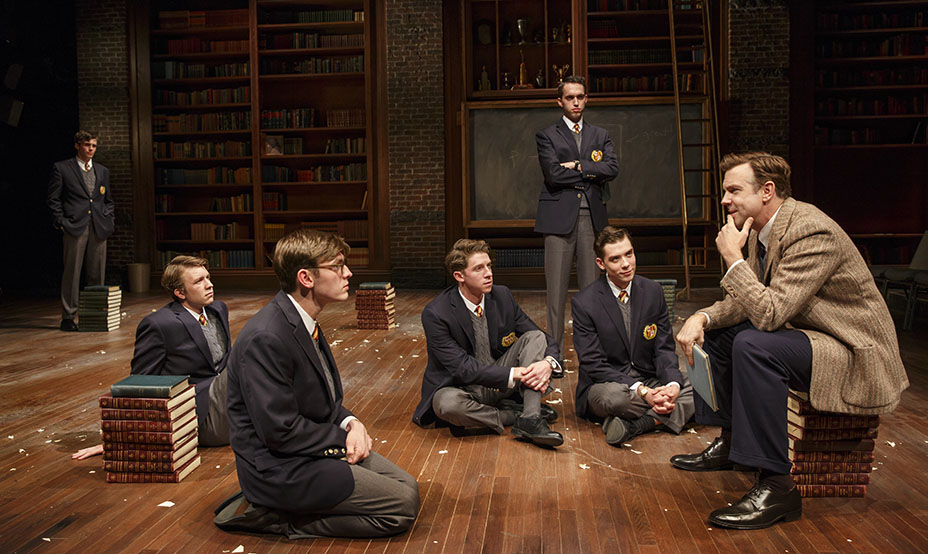 How did you get past the intimidation of playing Robin Williams’ role?

It’s almost an archetype, it’s so well-drawn and expands through so many people’s lives. It was daunting, but I love the character and the story. It’s a giant monolith of a performance to go after, when an icon like Robin Williams is doing one of his great roles. I had to strip it down to the fact that it’s a new medium. John Doyle’s hope in becoming the new artistic director of the CSC is to bring younger people into the theater, and this is a new way for this character to live on.

Has the election affected the play in any way?

We did the same show on Nov. 9 that we did on Nov. 7, and like any good song, you’re either dancing to it or crying your eyes out, depending on whether or not the girl called you back, right? We had 14 shows before the election — not that that’s enough to get an accurate poll number, as we now know — but certainly, there was a feel to the show that felt different after the election, and certainly how it’s being responded to by the audience. It feels cathartic in a different way, and relevant and open for interpretation. So it doesn’t inform the choices, but maybe it colors it, in a way. But at the end of the day, I just gotta be with these young men and play the moment. It’s kind of nice to step inside this other world that has a lot of same questions that we have now.

(Laughs) I’m trying the Sakara [Life] food plan. Olivia is breastfeeding after little Daisy was born, so she’s on a food plan, but she’s my food buddy. So in an act of solidarity, I said I’ll do one, too. I didn’t know it was like the Victoria’s Secret model diet, but I’ve done it for a few weeks and it actually feels pretty good. But I still go nuts on the weekends.

I haven’t had a routine since SNL, but it feels like I’m bringing my lunch to school. [My son] Otis goes to school twice a week, so we both put on our backpacks and head to different schools. When he sees I’ve left it at home a couple times by accident, he goes, “Dada forgot his lunch!”

What new habit have you picked up for the role?

Once we open, I’m looking forward to trying to get back into an active lifestyle, whether that’s jumping rope or running around the park. But then I know it’ll get too cold and I’ll be like, “Aw, hell with it.”

The story calls for a strong bond between the teacher and his students. How did the cast connect outside the show?

I was filming Kodachrome in Toronto, so they had been rehearsing for two weeks before I joined them; they had gone drinking and up to a castmember’s family house in the woods. I was shocked that nobody knew each other at all beforehand, but through this crazy business that they’re all just getting started in, they’re all such good, clever guys who are supportive of each other and they’re making friends for life. Early on, we went to the rooftop of a pub next door, and we all went to see Oh, Hello together on Sunday (I was the onstage guest). It was so fun to watch everybody have a good time and take the tension out of officially opening.

During the [Chicago] Cubs game and Election Night, I do admit I checked my phone. But now — I thought it was just nerves early on — my mouth has been getting super dry, and I’m just crushing water to the point that, wherever I am for the rest of the night, I’m just peeing a lot. Luckily, it didn’t happen during Oh, Hello.

I do the first two scenes really fast with a pencil in my mouth. I’ve never gone to theater school and I don’t know why I do that. I think because I’ve got this Midwestern mumble that will happen every now and then, when I’m tired or too casual, and certainly when I’m a little drunk (which I’m not). Also, for the memorization. That’s me humbly and respectfully bowing my head to not only the words Tom Schulman wrote, but also Thoreau and Whitman. 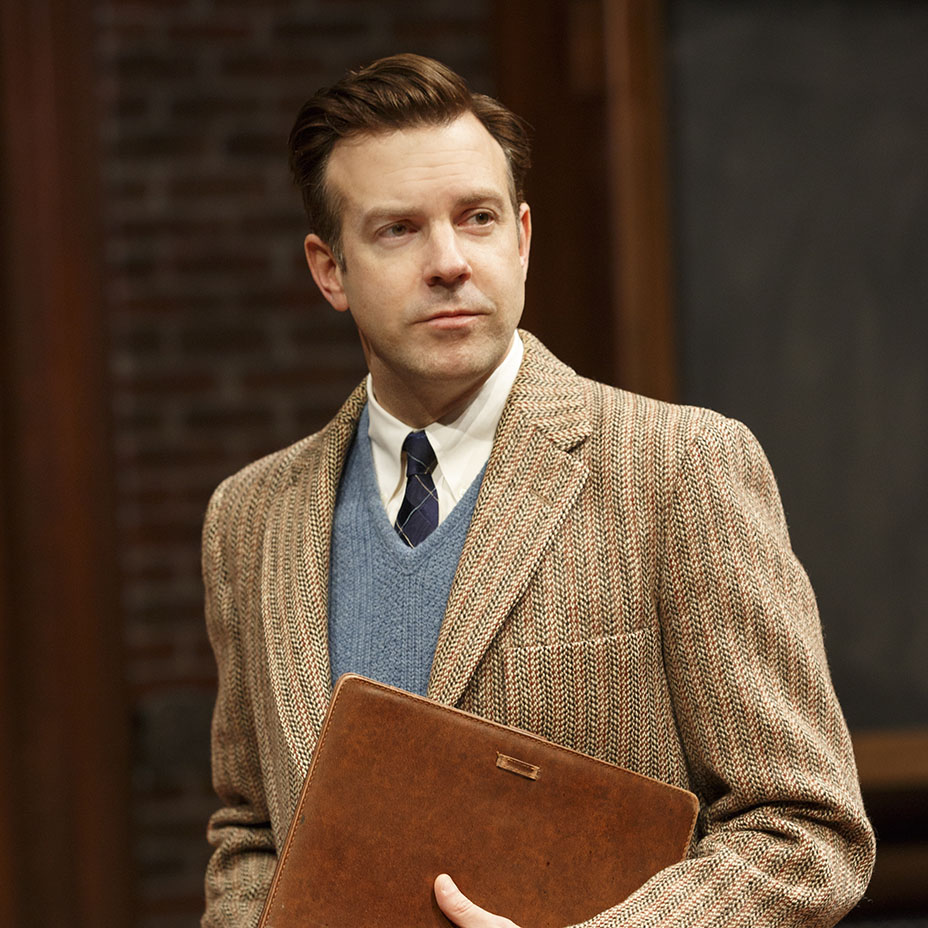 I got some lovely flowers and a nice card from Bill Hader last week, and the message was signed “Mike Underballs,” which is a character he played in a SNL sketch we did a few times with Julia-Louis Dreyfus, LeBron James and Paul Rudd. He was a director of a commercial, and I was an aggressive stagehand boom-mic operator. That’s a deep cut, and I’m just pleased that the generation I was lucky to be a part of, how we all keep in touch and support each other.

What’s the best part about being in a 90-minute play?

Doing material that’s so well-known, I feel it serves the story in this medium — it’d be weird if the play were longer than the movie. Also, Tuesday through Thursday, you’re out of there by 8:30 p.m., and even on the weekends, you’re out by 9:30 p.m. You’ve got a whole night ahead of you in New York City to take that energy, be inspired and carpe diem.