Deana Martin had to pick her jaw up off the ground when she saw her father Dean Martin walk on stage during the 1976 Labor Day telethon for the Muscular Dystrophy Association.

Dean and Jerry Lewis became household names when they formed a comic partnership in 1945 that would last a decade on radio, film and TV.

But after 10 years, they would have a bitter breakup, not speaking to one another for double the amount of time they worked together. That is until one night when, with the help of Frank Sinatra, the two were reunited and reconciled on live TV. The two old pals talked constantly after that.

Lewis died Sunday at the age of 91.

Deana shared with The Hollywood Reporter the “Uncle Jerry” she knew, who loved her father with all his heart and was disgusted with himself for youthful mistakes made listening to his ego.

They had an amazing friendship, as Jerry called it, “magic in a bottle.” They were cool, they were funny, they were outrageous. I interviewed Jerry for my book, Memories Are Made of This: Dean Martin Through His Daughter’s Eyes, which was in the early 2000s. He happened to be on his boat in San Diego, The Samantha, and I walked on the dock, and I hear him from five boats away: “Lady!” He hugs me and puts his hands on both sides of my cheeks, and he is looking in my eyes, and he says, “I see my partner,” and he started to cry. He told me: “Deana, you remind me so much of him. I loved him so much.” We talked about Dad making the appearance on the MDA telethon in 1976, when they reconciled, and I told him when I saw Dad walk out there, my jaw dropped because they really hadn’t spoken in years, since the breakup. To see them hug, it was remarkable to me because none of us knew. Nobody knew that was going to happen. It wasn’t until years later that I spoke to Ed McMahon, and he told me he was the one who hid Dad in his dressing room with Frank [Sinatra]’s help.

So we are talking about that moment, and he is crying. And he told me, “You know, Deana, it meant so much to me to be able to reconnect with him.” Then years later, when my brother Dean Paul Martin died in the plane crash, we had the funeral in Westwood, and Jerry came to that, but he didn’t let anyone see him. He stayed way in the back. He didn’t want it to be about Jerry Lewis and Dean Martin. After the funeral, we were back at the house, and the Sinatras are there and Sammy [Davis Jr.], and all of a sudden, Dad gets a phone call. It was Jerry. They talked for about an hour in private. They were like brothers.

Dad was very cool. And the reason why they broke up in the first place, after the brilliant years together — my dad never yelled or lost his cool, but when he had it up to here, he had it up to here, and it was over. And that night when they decided to break up, Dad went out and had a fried egg sandwich, and he was OK. That’s how he handled things: “We aren’t talking about that anymore. We aren’t talking about Jerry.”

We talked about that time, and Jerry would say, “I was just too impressed with myself. I was too worried about me, I was selfish in those days, and I wasn’t thinking about anybody but me, and I ignored my partner.” That made me sad, but it made me happy that Jerry was saying all these things to me. He was very honest with me.

Growing up, he was always just Uncle Jerry. I loved him and thought he was just so funny. I went on the telethon, and we sang “Time After Time.” He said it was Martin and Lewis together again. And we sang the song, and he started to cry. And he said, “How am I going to get through this?” And I told him, “You’ll get through it; we’ll be fine.” And he said, “You know, your dad would say that to me.” It was a moment I will never forget. 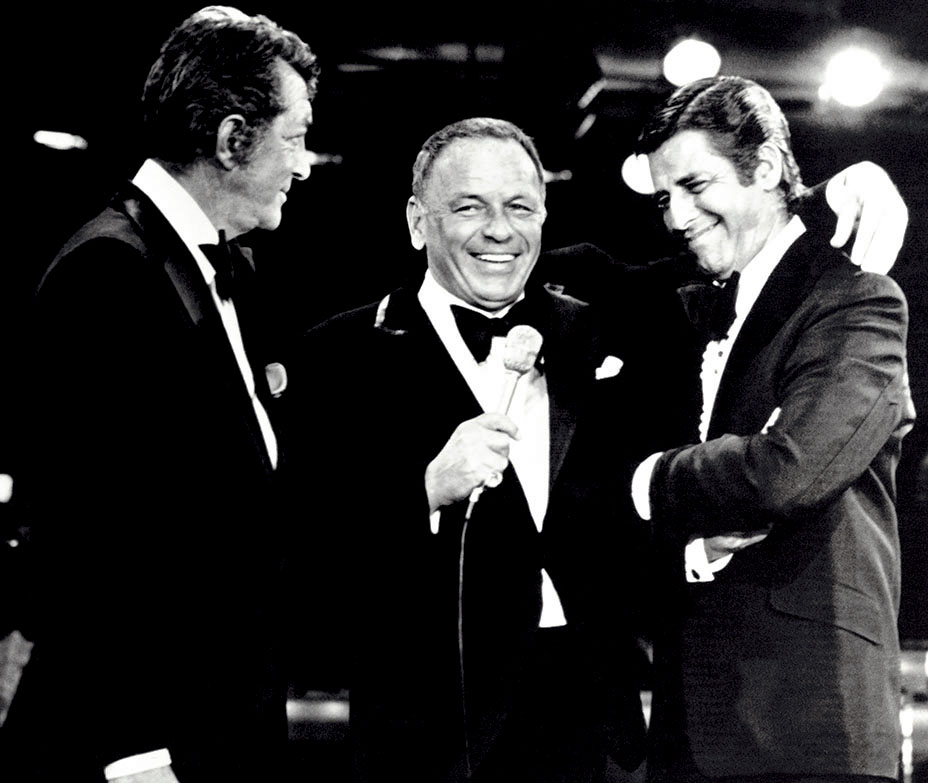 Carl Reiner on 7 Decades of Laughter With Friend Jerry Lewis: "He Was a True Genius"

Carl Reiner on 7 Decades of Laughter With Friend Jerry Lewis: “He Was a True Genius”