The range includes an assortment of tops and leggings with words like “Confident” (the title of Lovato’s 2015 hit song) and “Unbroken” decorating the styles.

“I love Fabletics. The clothes are so cute, but most importantly I love what they stand for,” says Lovato who in partnership with Hudson hosted an afternoon soiree at The Beverly Hills Hotel on Wednesday. Adds Lovato, “The company is all about inspiring women and empowering them to be the best version of themselves, to be strong, and it doesn’t matter what shape, or size, or age. It’s just about empowering women and I love that.”

Demi Lovato's "Ancient Egyptian" Artifacts Draw Suspicion: "I Thought It Was a Joke" 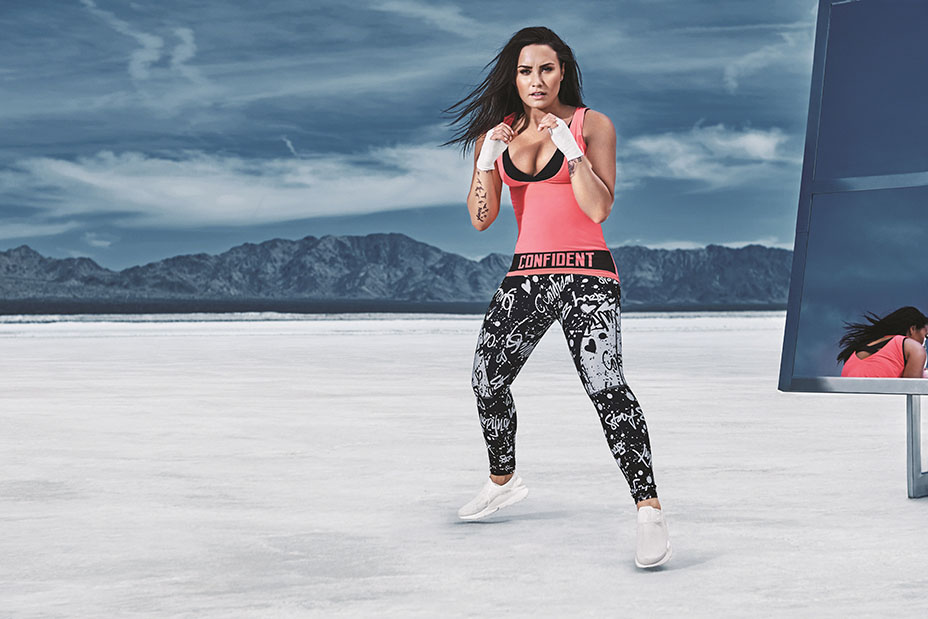 The party was attended by a gaggle of Hudson’s pals: Jennifer Meyer, Heather Parry, Kelly Sawyer and Erin Foster hung by the D.J. booth overseen by Samantha Ronson, while Molly Sims, Amanda Peet and Eric Buterbaugh mingled and sipped on drinks from Pressed Juicery and champagne in the outdoor garden decorated with velvet couches, life-size Jenga and chess games, and a boxing ring for photo ops — a detail no doubt inspired by the pop star’s love of MMA training to keep fit. Laughs Lovato: “Whether it’s kick boxing or muay thai or jiu jitsu, I just love training!” 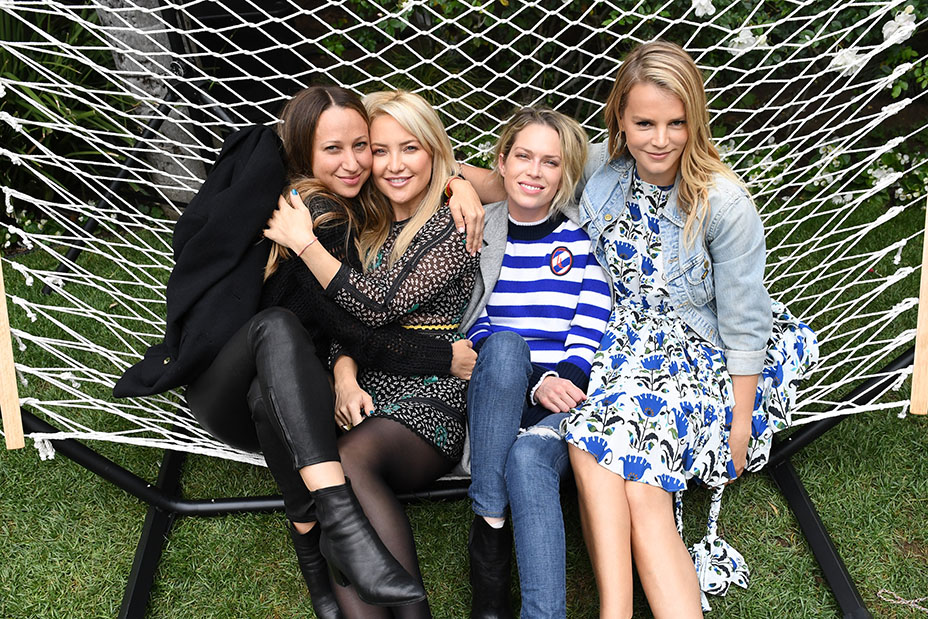 The ‘No Promises’ singer says comfort was something she kept in mind when designing the clothes, “The compression in the pants is something that I wanted to make sure was on point and the team killed it.” The songstress also notes that the compression bra is a favorite of hers. The collection is meant to reinforce both the pop star and the fitness brand’s shared commitment to female empowerment and body positivity. It will be sold across eight countries, on the website as well as in the 21 brick-and-mortar stores nationwide. 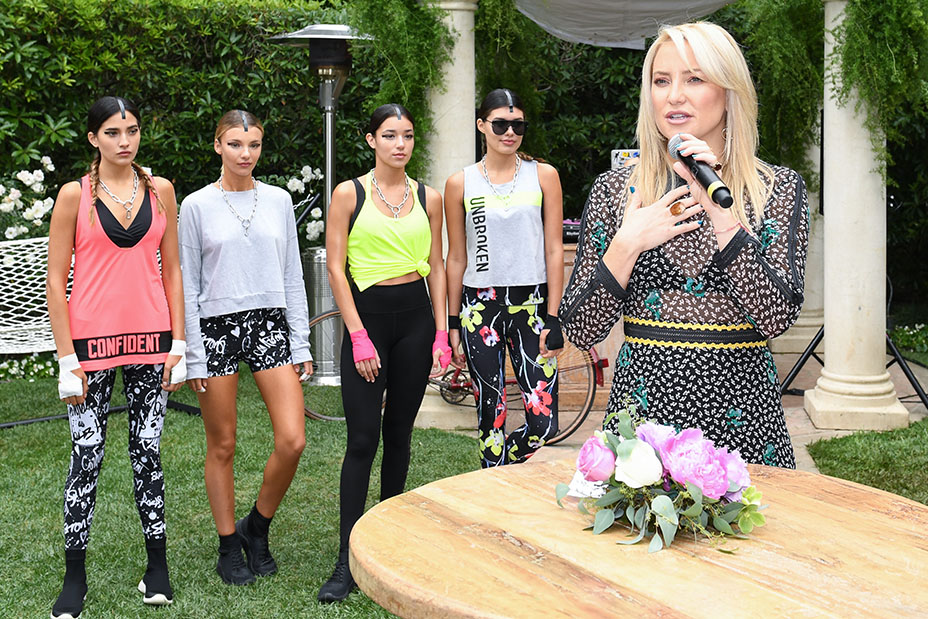 Hudson toasted the collection with a speech in which she called Lovato a “perfect fit” for the brand and encouraged attendees to research the Girl Up Foundation, which will be the beneficiary of a portion of the collaboration proceeds.

Since its launch in 2010, the Girl Up campaign has funded UN programs that promote the health, safety, education and leadership of girls in developing countries, and has built a community of nearly half a million advocates — including Her Majesty Queen Rania Al Abdullah of Jordan.

During her speech at the lunch, the actress explained to the crowd that her aim is to specifically support one of the Girl Up priority initiatives, SchoolCycle. “We have 130 million young girls who are not in school around the world and that is unacceptable. The SchoolCycle program is something that we love because it is very tangible and basically what we do is buy girls bicycles so they can get to school, so they can get to the doctor. A lot of these young girls live 20 miles away from the nearest school, and this has had a huge impact on these communities,” says Hudson.

The May release will be followed by a full performance collection in August 2017, and with typical prices on the website ranging from $24.95- $49.95, the affordable pieces are sure to go quickly.

For a taste of the tunes played during the garden party, check out the playlist below.