On Tuesday, when I saw the headlines that Demi Lovato had been hospitalized for a drug overdose, my heart dropped. This can’t be happening. Demi, an outspoken advocate for recovery and a beautiful, passionate face of the mental health empowerment movement, was struggling. Hollywood’s culture often protects and even sometimes encourages substance use and addiction. Demi’s relapse shows that we need to flip the script and encourage recovery instead.

Hiding her addiction has never been Demi’s style. When I first met her in 2013, I was still in active heroin addiction and lying to everyone about it. We worked together on the unite4:humanity gala, which was planned for early 2014. Demi was so open and brave about her own struggles that shortly after the event, I sought treatment for my addiction. I’ve been sober ever since.

Since entering recovery in 2014, I’ve found my own place in the recovery advocacy community, and I am so grateful for the example Demi sets as a bold voice in an industry that so often lifts up substance use as cool or glamorous.

She has brought that same message of transparency and courage to her fans, as well. She uses every opportunity to talk about her mental health struggles and her recovery from addiction. In an emotional moment at a concert in March, Demi said she was celebrating six years of recovery from substance use disorder.

“The reason why I became so open about my story is because I know that there are people here tonight that need to ask for help and I want them to know that it’s OK,” she said at the concert. “Mental health is something that we all need to talk about, and we need to take the stigma away from it. So let’s raise the awareness. Let’s let everybody know it’s OK to have a mental illness and addiction problem. I’m bipolar, whatever. I take care of myself.”

Demi Lovato Has Been Open About Her Sobriety, Mental Health

Four months later, she nearly lost her life. Friends reportedly found her in her Hollywood home unconscious and administered Narcan, an overdose-reversing medication that neutralizes the effects of opioids. She was rushed to the emergency room.

Demi’s story is shockingly similar to many others that aren’t making headlines. That same day, 174 people died of the same causes that put her in the hospital. That’s what makes her recurrence a teachable moment for Hollywood. We all have a responsibility to talk about addiction honestly — without glamorizing it or demonizing the people who struggle with it. Demi has chosen to become a face and a voice for the recovery movement. She’s an example of how Hollywood can respond to addiction in a positive, progressive way.

Substance use disorder is potentially fatal, and the amount of time someone has in remission doesn’t equal lifelong immunity. Just as there is no guarantee that someone who’s recovered from cancer will never have a recurrence of their illness, substance use disorder is a relapsing illness. Whether the person has 20 days or 20 years of sobriety, relapse is a risk.

We don’t talk about pulling funding for cancer research because someone’s tumor came back. We don’t criticize a cancer survivor’s moral fiber, or gossip about how their poor life choices made them sick. We don’t say they deserve to die. We rally behind our loved ones and support them as they recover. We run in 5K races, throw fundraisers and wear pink to show that they matter to us. We should show people who struggle with addiction the same compassion and love.

Some people will say that Demi did this to herself: She set herself up for failure by refusing to be anonymous. They’ll say that she could have saved face if she’d kept her mouth shut. If she’d never mentioned the therapy, AA meetings, exercise and medication she needs to stay healthy. If she’d just smiled for her fans and pretended to be a perfect, plastic pop star.

But that’s not why millions love Demi. They love her for her courage, honesty and tireless work to support and inspire other people who share the same struggles. Her willingness to be vulnerable helps millions of fans realize that there is a way out of addiction. Mental health and substance use disorder don’t have to be the end of the road. For her and many others, I believe that they’re the beginning of a new song.

I pray that we’ll sing it together. Even after a recurrence of use, Demi is a source of strength and resilience. Her hospitalization is not a setback, and shouldn’t take away from her successes. She once said that her fans and friends were a part of saving her life. I’m grateful to be one of those people. Because her life — and the lives of everyone who suffers — is worth it.

Ryan Hampton is a nationally recognized recovery advocate, former White House staffer under President Clinton and a person in recovery from heroin addiction. His book American Fix: Inside the Opioid Addiction Crisis — and How to End It will be published by St. Martin’s Press in August. 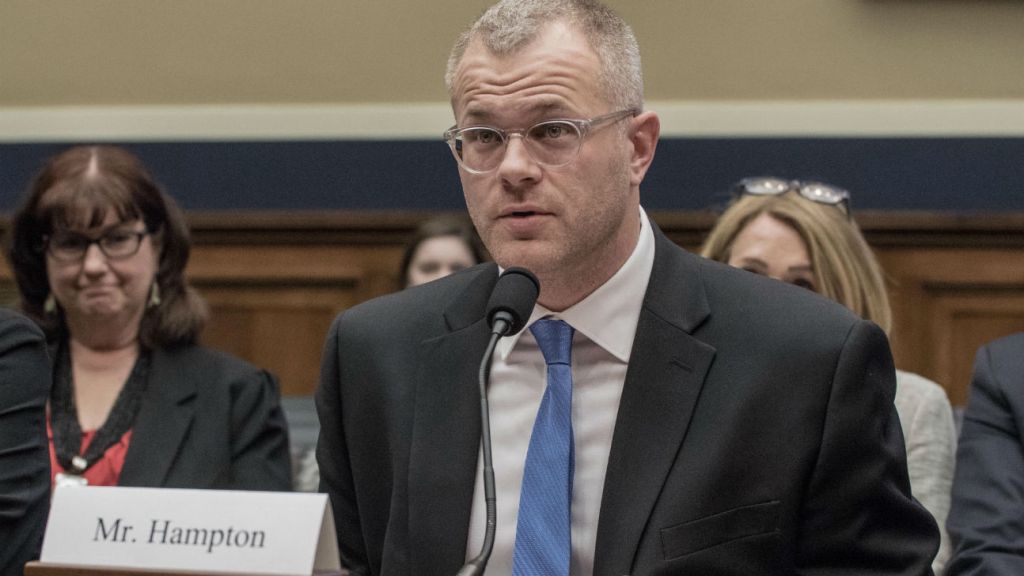