Among the many celebrities and fashion insiders who are rumored to be appearing in Ocean’s Eight, the all-female spinoff of the Ocean’s trilogy, there’s one designer we know has filmed a cameo in the Gary Ross-helmed heist comedy: Dennis Basso.

Basso shared with The Hollywood Reporter that he got involved in the project because his friend, Michael Tadross, happened to be one of the film’s executive producers. He’s also good friends with Tadross‘ wife, Dr. Georgia Witkin, who’s been one of his longtime clients.

“They talked about the movie and they thought it would be wonderful if they could use my gowns for the big Met Ball scene and I said, ‘That would be great,'” said Basso. “Along the way, we were contacted by the costume department and the next thing you know we sent them at least 50 of my dresses.”

Basso, who’s best known for his fur collections, first took to Instagram to reveal that he was on the set of the film. “On the set of Oceans 8 at The Met, such fun,” captioned the New York-based designer accompanying a collage photo of himself in a tuxedo and the film’s set. He added that he “designed many of tonight’s gowns recreating the Costume Institute Gala.”

On the set of Oceans 8 at The Met, such fun, designed many of tonight’s gowns recreating the Costume Institute Gala

Basso didn’t make any custom pieces for the film, but noted that the gowns he sent were from his archives. “Normally one collection looks all very similar or has a common thread, but because these were pieces from the past several collections, it really looked like the dresses belonged to the women who were wearing them. It had a real-life appeal to it,” explained Basso.

The assortment Basso and his team sent to the film’s costume department included a style similar to a gold beaded gown worn by Michelle Obama to the 2014 Governors Ball and a chiffon organza hand-beaded number with a big ball skirt.

The designer is no stranger to dressing Hollywood’s biggest names and fashion socialites; his creations have been spotted on Meryl Streep in The Devil Wears Prada, Rita Ora, Paris and Nicky Hilton, as well as the late Zsa Zsa Gabor and Joan Rivers.

“It was so fun,” said Basso of his experience on set. “I think everybody had a great time.” 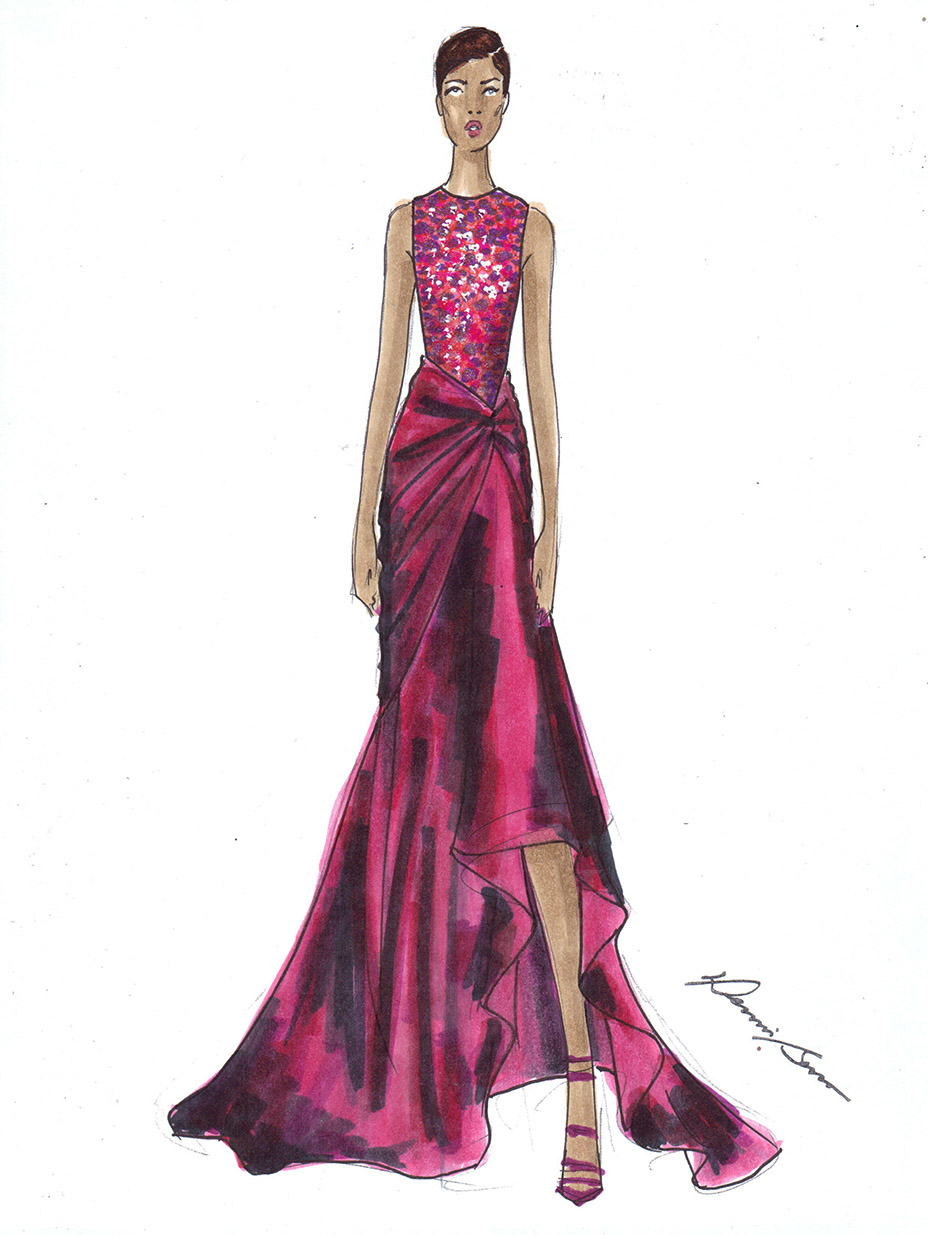