The designer behind Joy Villa’s pro-Trump, “Make America Great Again” Grammys gown, Filipino immigrant Andre Soriano, tells THR that he is supportive of the new president despite his controversial immigration ban, and that the message of the dress was one of positivity.

Grammy Awards: A Pro-Trump Statement on the Red Carpet

Soriano skirted questions regarding the meat of his political beliefs, but said he is a proud American and believes that he is an example of the American dream. He was first discovered on Rihanna’s Bravo reality show, Styled to Rock, and launched his label in San Diego in 2013, selling ready-to-wear and red-carpet looks online only. He is a naturalized citizen.

Sometimes you just gotta be free to express yourself. thank you to all of my supporter… https://t.co/08AGXxG5zy pic.twitter.com/S286YuONhE

He added of his relationship with Villa, “We’ve been working since the orange gown she wore two years ago, the fence dress. My husband is a contractor, and we went to Home Depot and I saw that fabric. The look went viral.” 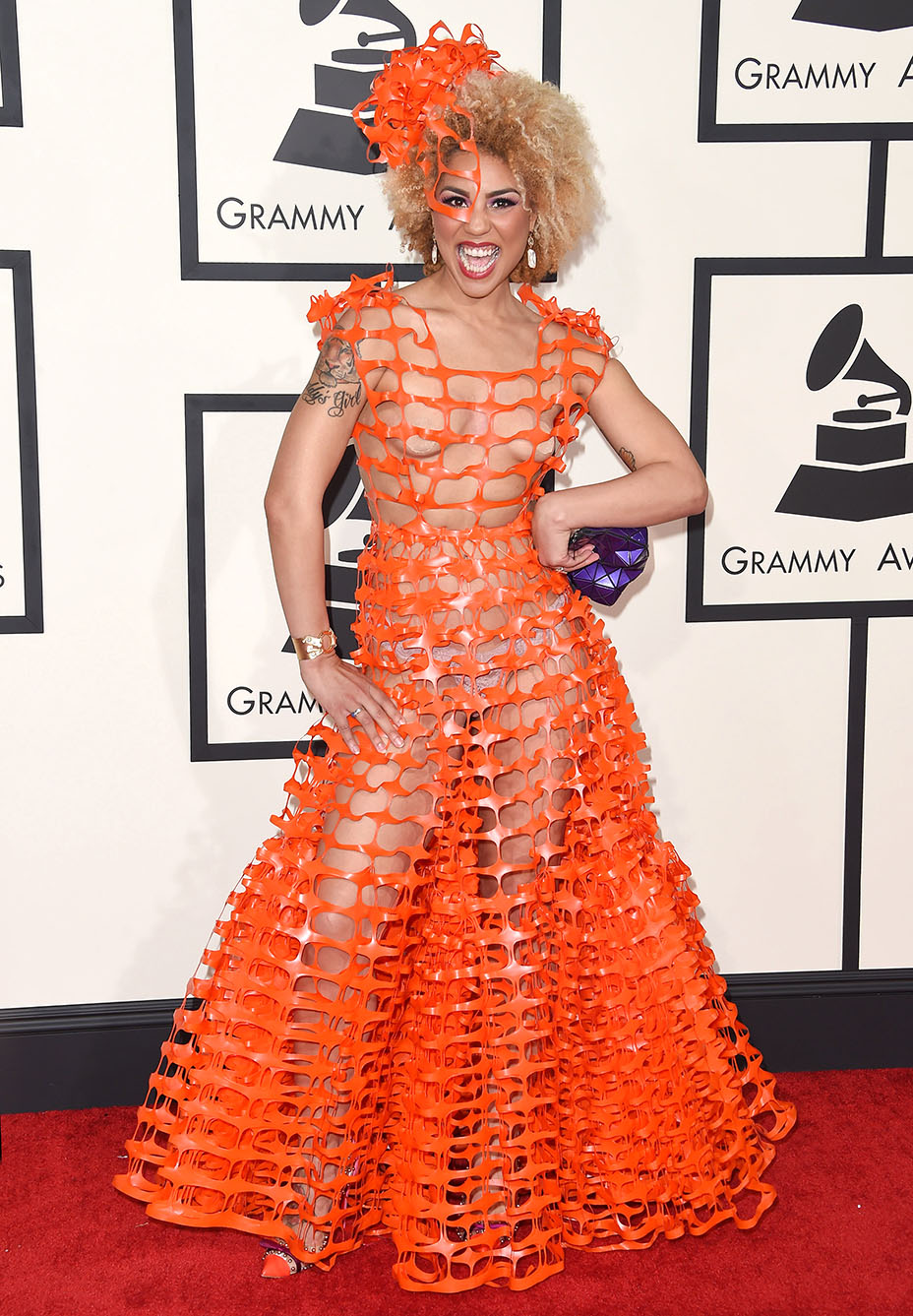 Soriano has also outfitted Macy Gray, Courtney Love and Bai Ling for red-carpet events, but says he has a special relationship with Villa.

“I always channel Joy’s music as a designer — we’re both artists, and I love her so dearly,” says Soriano. “She is one of the people on this planet that really promotes love. We need to move this country forward, and we believe it’s time to promote love. We only live once, and we need to promote love. We have one president now who is going to do the best thing for planet America.”

As for the inspiration behind the pro-Trump dress, he says, “I heard that somebody wanted to bomb the White House. And then I saw the Women’s March. … Joy Villa is all about love with her music. I’m like, ‘Joy, We have to make a statement on what is right for our country, of what we believe in, for the Constitution.'”