Kathryn Bigelow’s Detroit is a relentlessly bleak look at the 1967 riots in the Motor City and, specifically, the Algiers Motel incident, during which three young black men were killed by the police. Questlove and his band The Roots provided the end title track, the searing “It Ain’t Fair,” which opens with gorgeous a cappella singing by Bilal before exploding into fierce raps by The Roots’ Black Thought (aka Tariq Trotter).

The Roots, who are the house band for The Tonight Show Starring Jimmy Fallon, created a song that reflects not only on the ’67 riots, but also on today’s racially divisive environment (“Justice is never color blind, never gun shy. For one crime, you may never see the sun shine,” raps Black Thought). THR spoke with Questlove about why he was at first hesitant to take on the project and how he crafted the powerful piece.

How did you get involved with Detroit?

We got done doing The Tonight Show, and I got a message [to] call Kathryn Bigelow. I was like, “Wait. She knows I’m alive?” She said, “We’re working on a film, and I’d like you to watch it and, maybe, hopefully, compose a song for it. It’s about the Detroit riots in 1967, but that’s all I’m going to say. I’m going to give you 48 hours to process it.” Already a red light went off. I was like, “How deep is this film I’m watching that I need two days to deal with it?” I was like, “Do I gotta call my doctor or something?”

I texted her 24 hours later. The first night I couldn’t sleep because I didn’t know what I watched and I’ve never seen a movie that didn’t give me relief. [The 2013 film] 12 Years a Slave gave me relief, and even the eerie death scene in [2016’s] Birth of a Nation was part relief. But there was no relief here. 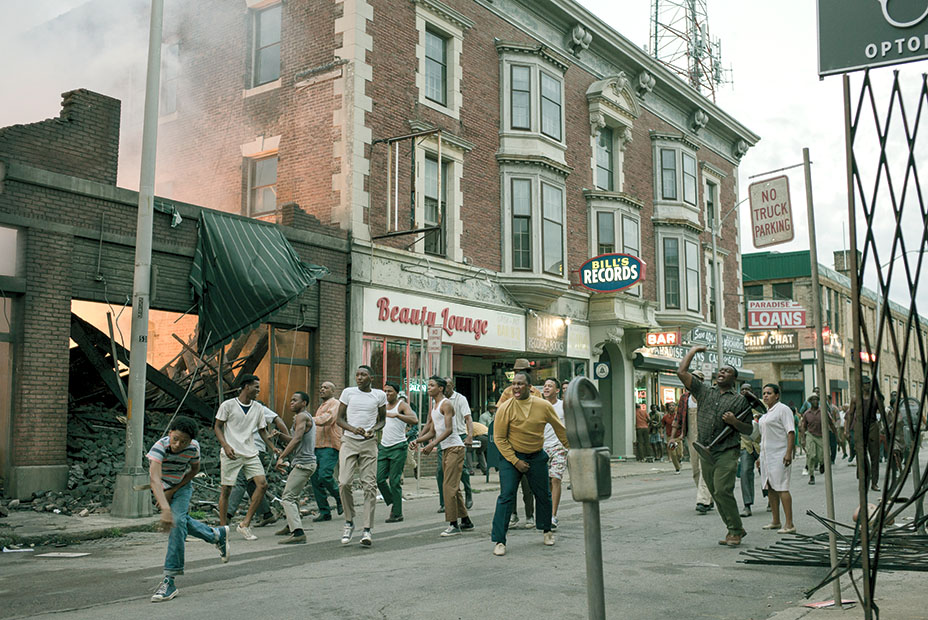 Did you immediately say yes?

I tried to talk my way out of it. I said, “Look, man, I thank you for this opportunity, but, first of all, [The Roots are] not the most popular go-to. Maybe you want a perceived winner like Chance the Rapper.” I think I was just trying to talk myself out of it.

How long did you work on the song?

Crafting and writing the song took a week. I severely underestimated Tariq’s pen game because in my head I was like, “Damn, who am I going to find to write these singing parts?” I was hitting up everyone: Solange, John Legend, all my friends. Tariq was like, “Let me do it.” When he came back, my first thought was, “Hell, man, I’ve known you since 10th grade. I did not know that you wrote songs.” Then it was a matter of finding the right singer.

'Detroit': How the Movie's Editor Vowed "Not to Be Exploitive in Any Way"

Was Bilal your first choice?

I always wanted him. Bilal is my all-time favorite performance artist. It’s limiting to call him a “singer” — he is the most intense vocalist I’ve ever seen. But, again, I know how the system out here works. I was fearing that they were going to want a [newer] name. I can’t find one soul singer who resonates to the bottom of your soul that I was like, “Damn.” We’re doing a movie about Detroit soul, and there’s hardly anyone to carry that torch now. I just said, “Look, I can either find you the name, or I can find you the right person.” [Kathryn said], “Let’s go with the right person.”

What did Kathryn Bigelow think when she heard it?

When I made the final mix, I prefaced [the email] with the world’s largest paragraph. Then I was just like, “Look, let me just stop beating around the bush. Here it is.” It was the longest 14 minutes of my life. I just sat there looking at that phone. She said, “Oh, my God, I’m in tears.” And I was just like, “She gets it. Thank you.”

Fifty years later, the topic of the film and lyrics about police brutality in “It Ain’t Fair” are still relevant.

The circumstance of Philando Castile in Minnesota [who was killed by police in his car after a routine traffic stop] had just happened two weeks [before I saw the film]. What makes it even crazier is, I know I share a lot of my life on social media, but I never ever share my run?ins with police. Chris Rock will joke about it. He’s like, “Well, I got stopped again.” But kind of my biggest fear in life [is] that I’m getting pulled over six times this year. What are the results going to be?