Maggie Gyllenhaal announces that we should probably order our meal before wading into the mud of misogyny. It’s not that she doesn’t want to talk about it. She does. But the actress has just arrived from a dance aerobics class — “an exclusively Top 40 soundtrack,” she surrenders, guilt and pride mingling in her pixie grin — and she’s already soliciting the server’s advice on which dishes have the most protein and can arrive the quickest.

“Do you mind if I just order for you?” she offers, running through a list of small plates.

“I really feel that what’s been happening since Harvey Weinstein was instigated by feelings that came from having Trump elected,” says Gyllenhaal, who admits the abuse news cycle has caused her to rehash experiences she’d previously accepted or brushed off — from genuinely uncomfortable incidents to off-color jokes. “When an overt misogynist, who says out loud, ‘I grab women’s pussies, and they let me because I have a lot of money,’ is elected president, alarms go off. There have to be real consequences for that behavior.”

Gyllenhaal claims she was asleep until 2016, a year that both upset and invigorated her. But her latest role says otherwise. She was wooed by The Deuce, at director and executive producer Michelle MacLaren’s prodding, more than a year before the election. And when her eight-episode run as Candy debuted this fall, it minted her as TV’s most unlikely feminist icon of the moment. 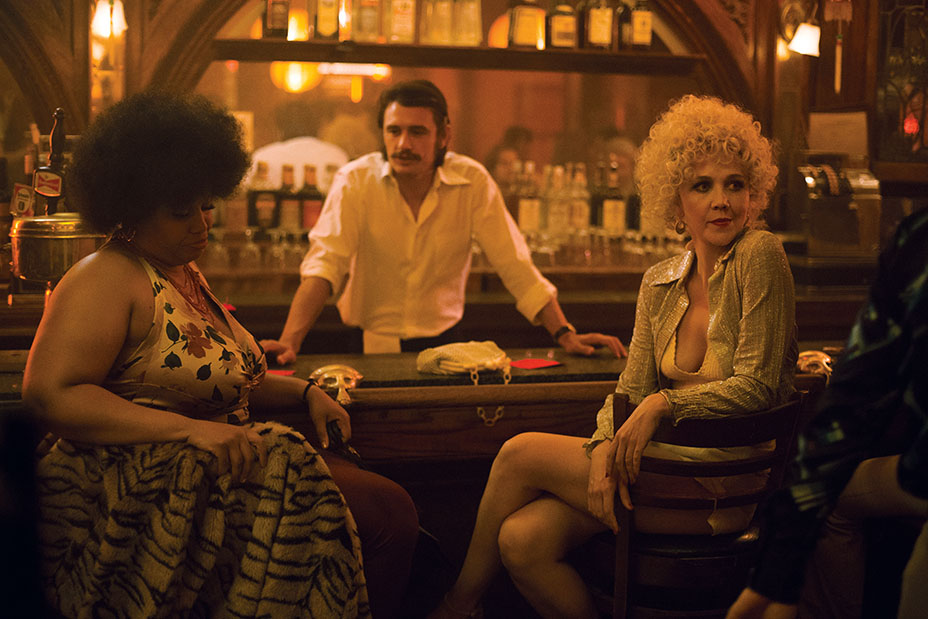 Gyllenhaal’s take on a prostitute striving for a smart way out bucks the “hooker with a heart of gold” trope and shines a nostalgia-free light on the New York of yesteryear, where women were chattel. “With the show coming between Trump and Weinstein, I don’t think anyone can argue that society has in any serious way grappled with these issues,” says David Simon, who created The Deuce with The Wire and Treme collaborator George Pelecanos. “They’re present, and right now, not a lot of hard work is being done to make them go away.”

In the first season, Gyllenhaal appears nude in most episodes, simulates self-pleasure (her idea), choreographs two co-stars having sex, casually rubs Vaseline on another actress’ bare breasts and, in one particularly horrific moment, is brutally assaulted by a john. She reflects on some of these moments with a frank humor that’s rather unexpected. Perhaps it shouldn’t come as a surprise from an actress whose big break was on all fours, wearing a saddle and being spanked by James Spader in the 2002 S&M romantic comedy Secretary. Then just 22, Gyllenhaal became an instant indie darling with the Sundance hit — a breakout moment for the oldest child of a Hollywood family that includes two fellow Oscar nominees (actor brother Jake and scribe mother Naomi Foner) and a director, father Stephen.

“Maggie was a little bit outside of the demographics we’d given to casting,” says Simon. “But as soon as Michelle said it, I thought of Secretary. She gave such a brave and unrelenting performance so early in her career. That’s what we were going to require.”

Gyllenhaal first required something for herself — a producer’s credit, which she sought despite skepticism from her own team. “I knew I couldn’t do it without that guarantee of collaboration,” she says, exuding the quiet confidence she carries throughout this interview. “But I desperately wanted to do it.”

There was appeal beyond the material. Gyllenhaal has been New York-based since moving from Los Angeles at 17 to attend Columbia University. She turned 40 on Nov. 16 and somewhat famously lives in the Park Slope neighborhood of Brooklyn with husband Peter Sarsgaard and their two daughters. A TV series that keeps her working in the city five months out of the year is, whether she was looking for it or not, ideal — especially with Sarsgaard at work on another local shoot, Hulu drama The Looming Tower. Her only prior TV credit, Hugo Blick’s The Honourable Woman, earned Gyllenhaal a Golden Globe for best actress in a miniseries but required a lengthy and trying family relocation to London and Morocco.

Simon and company obliged her producer request, but the showrunner stresses that Gyllenhaal would have been deeply involved with or without it. She embraced her dual role, perhaps too zealously at first. She found the notes process daunting and labored over her feedback. “Maggie doesn’t just think about things; she internalizes them,” says MacLaren, who directed her in the pilot and the Oct. 29 finale.

“By the seventh episode, Trump had just been elected, my kids were sick, and I was lying in bed trying to write this epic explanation of why I needed this and that,” says Gyllenhaal, diving into the second of two meatball dishes on the table. “And I just realized that they trust me and respond to me. It doesn’t have to be a dissertation.”

After two decades in the business, Gyllenhaal admits there are many elements of TV and filmmaking she’s only just beginning to fully understand. After wrapping season one of The Deuce, she signed on to star in and produce The Kindergarten Teacher — a “Polanski-esque thriller” in which Gyllenhaal plays a woman obsessed with her 5-year-old student. It’s something she briefly regretted after seeing a rough cut in August. “It was like, ‘Oh, my God, this is unbelievably terrible,'” she recalls. “I thought I did really interesting work, and it was like, just not on the screen. I was devastated.” 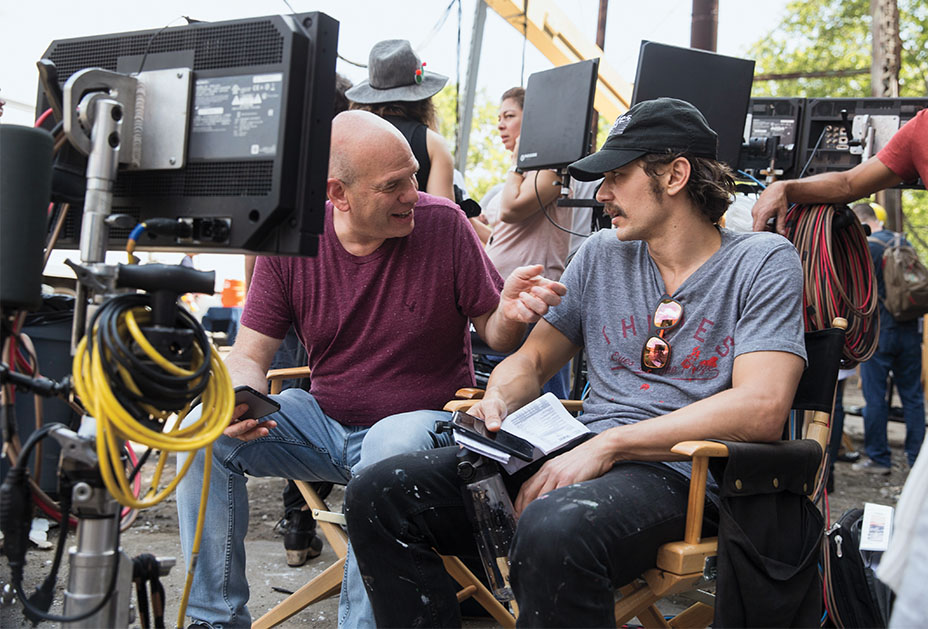 She shared that horror with her fellow producers: “They looked at me and said, ‘It’s just the assembly … what the fuck is your problem?’ As an actor, you just think they’ll put together the best moments and it can’t fail. But it takes time. The film has become one of the pieces of work I’m most proud of, ever. And I learned a lot about watching an assembly.”

The next few years of her professional life are largely laid out for her. The Deuce is set to return for a second season, which starts production in February, and Simon and Pelecanos’ initial pitch includes a third season — one HBO will presumably grant. The question of what to do in between is one that weighs on Gyllenhaal, now sated and about to leave for a meeting. She’s discussed producing roles and even directing on projects that don’t necessarily include her as an actress — keenly aware that the industry is in desperate need of more women behind the scenes.

“Acting is a really weird job,” acknowledges Gyllenhaal. “The movie this summer, playing this broken person, was brutal. I wonder if maybe someone else wants to play her next time.”

David Simon says his show about sexual commodification probably would’ve been dismissed if it had premiered two months later.

Timing can be everything. And with all of Hollywood now under a microscope for sexism, sexual harassment and sexual assault, David Simon is not sure that his HBO show about sex workers would have gone over very well had it debuted in November and not August.

“We knew we hadn’t made something that was exploitative,” says The Deuce’s co-creator. “The fact that it has nudity and shows exploitative nature on the part of men doesn’t in any way make it exploitative. But can you imagine if we had followed the revelations about Harvey? I guarantee you half of the people, without even waiting to see it, would have taken in the headlines and said, ‘See, this is the kind of stuff Hollywood makes.’”