Actress DeWanda Wise calls herself “radically soft” when it comes to feminism and her views.

The now 35-year-old proposed to her husband actor Alano Miller (not the other way around) and opts to embody fully formed female roles, such as that of Clara, an enslaved Gullah Geechee woman she played on the period series Underground, and Nola Darling, who touts sexual liberation in Spike Lee’s film-turned-television-series She’s Gotta Have It (season two debuted May 24 on Netflix).

While promoting her new venture, Project Purple Light with Barefoot Wine to celebrate the self-expression of black women as art, Wise discussed taking subtle measures to empower women through her already enlightened role.

Think neon green hair in a not-so-obvious place — she decided to dye her armpit hair while filming She’s Gotta Have It in order to send a message about the sexist nature of shaving.

“This is so silly and small, but season two, I decided to color my armpit hair, because razors were just marketed to women in the 19th century, just because they had extra razors,” Wise told The Hollywood Reporter. “We don’t have to shave. By all means, I shave…but my aunts don’t shave. It’s good to question and discover what feels right and fits you.”

She laughed at the experience of dying her armpit hair for playing Nola, saying, “It was really hard to maintain. It was ironically high maintenance. I make choices. I’m able to do what I want, and Spike is like ‘OK.’ I think it took him three days to notice. He looked at me and laughed, and then we completed filming a full season of television.”

Wise’s choices onscreen are made in an effort to right history, she said.

“Black women have been erased, but have been at the forefront of most human rights and civil rights battles in this country,” she told THR. “We’ve been made strong by necessity. What excited me about playing Nola was that she has this degree of freedom for exploration that a lot of us don’t give ourselves. It was something as an artist that I understood. I wouldn’t be where I am if I didn’t take a lot of necessary space for myself to make this happen. It was sacrificial and necessary.” 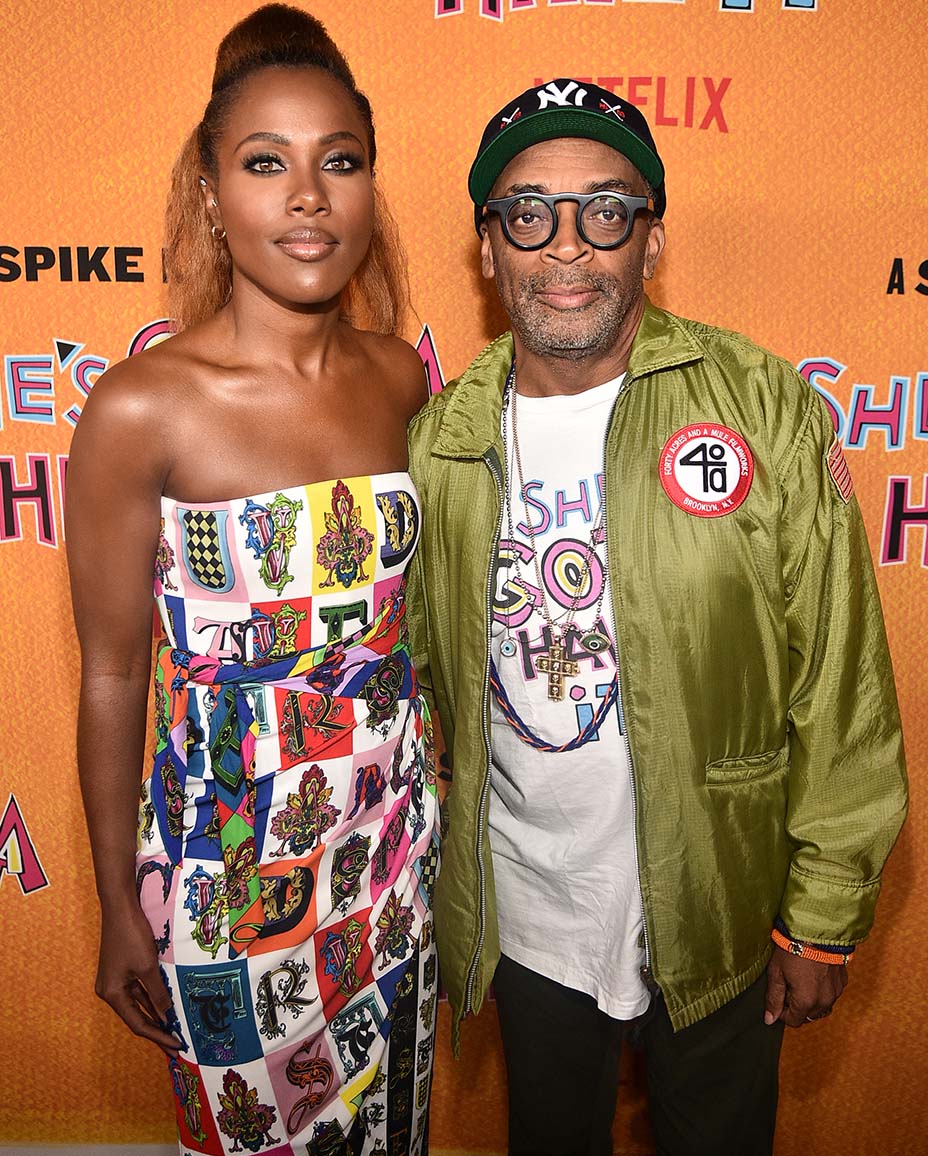 She continued: “There are other communities where you can watch Girls and Broad City and all these shows where you kind of get to see like a more free-spirited, free willing depiction of white women in their 20s. And with She’s Gotta Have It, it fills that void for black women.”

That sense of community also carries offscreen into the entertainment industry. Calling television writer Misha Green her “best friend” and previous boss on Underground, Wise made it clear there are no smoke and mirrors when it comes to forming bonds in Hollywood as a woman.

“What you see is what’s real,” she told THR. “We text each other, we DM each other, we call each other. When I lost Captain Marvel, Cynthia Erivo called me. We hadn’t even talked before that. It’s warm and it’s an absolute embrace. It earnestly makes me emotional thinking about it.”

Wise recalled an incident where her former co-star of Shots Fired stood up for her at a Paley panel for The Twilight Zone. “Ginnifer Goodwin and I were talking and she was like, ‘I signed up before I even read the script.’ And I was like, ‘I did the same thing.’ I’m a huge fan. And this guy was trying to come for me and said, ‘Well, what would you have done if it was bad?’ And Sanaa [Lathan] jumps in and she’s like, ‘She would have elevated it, she would’ve made it better.'”

Outside of pioneering movements on screen with fellow women in Hollywood, Wise signed on to to star in Project Purple Light campaign for Barefoot Wine, because it focuses on women of color living their best lives and standing together through self-expression in art and style. “It’s a perfect match,” she said. Barefoot will donate $10,000 to the Black Art Futures Fund, which helps preserve black arts and culture across the U.S.

“I grew up and attributed my self-expression to naturally being an artist,” said Wise, who is also a natural-hair enthusiast wearing everything from textured afros to intricate jewel-embellished braids.

“I have like five aunts on my dad’s side. They’re all just super expressive,” she said. “They changed their hair almost every day. I had two hairstyles yesterday. So it was this kind of self-expression, our versatility and just the kind of inherent magic that black women have that drew me in.”

She added that working on She’s Gotta Have It gave her an appreciation for visual artists like Carrie Mae Weems and LaToya Ruby Frazier.

The actress, who also has credits as a producer (How to Tell You’re a Douchebag) and writer on a short film (Where You Go), jokingly noted, “We’re not there yet,” when it comes to starting her own art collection. But the importance of promoting the elevation and preservation of black arts and culture is something she’s carried with her, thanks to her school days.

“I’ve done an artistic deep dive and when it comes to black women artists, like in every industry, it is harder,” she said. “There’s a certain expectation for the kind of expression we’re expected to express. I love that social media has given a lot of these women an even larger platform. Because often when you think about a painting in a museum, there’s a certain kind of connotation of class or access.”

Growing up in Maryland, she had access to the free Smithsonian museums, and she’ll never forget going to New York as a freshman in college. “The way this woman looked at me when she said, ‘There’s a suggested donation.’ I was a super-broke college kid. I don’t think art was ever intended to be that insular or that inaccessible,” Wise said.

Ultimately the campaign will culminate in a live gallery exhibit at Summit21 in Atlanta on June 7 and 8, using digital art culled from online submissions of participants who live their best lives — or as Wise says, “shine.”

She explained how Pariah actress Adepero Oduye inspired her to post “really stunning photos” of herself on Instagram. “Because she was just like, ‘It’s without apology.’ When we shine and put our best selves out into the world, it encourages and inspires other people to do it. Joy is infectious and positive energy is infectious. Nothing inspires me more than scrolling and seeing folks. I would say my one word would be ‘shine.’ It’s radical and revolutionary.”

Hello night’s, gonna be on @lastcallcd tonight talking #SomeoneGreat and #ShesGottaHaveIt in this basically-a-nighty number. Talking a lot of process—how Erin is kin to Missy Elliott in my head & Nola falls in the canon of Cardi B.