“It’s the wedding I never had and the retirement party I never wanted,” says Diane Keaton of being honored with the AFI Life Achievement Award. “When I got the phone call, I was simultaneously thrilled but also terrified. Because it meant I was going to have to look back on my life as a performer. So right now I’m anxious. It’s terrifying to see your life go by!”

Ahead of the June 8 ceremony at the Dolby Theatre (June 15 on TNT), Keaton, 71, who has worked with everyone from Woody Allen to Warren Beatty, recalled some of her less celebrated performances, and of course that career-making turn (at 26) opposite Al Pacino in Francis Ford Coppola’s The Godfather. “I was just thrown into this world that was way too overwhelming for me. I was like a deer in the headlights. And the wig they made me wear was ridiculous. It was so wide and so awful and so wig-like. But I didn’t say anything because I was lucky to have a job,” she confesses. “I just saw the film again. [Coppola] got his way with the studio — his cast, his cinematographer, the look of the movie — and it’s so great! And this is something I’ve come to [realize] only recently. So this goes to show you what an idiot I am.”

A decade later, she joined Albert Finney in Alan Parker’s Shoot the Moon. “Oh, my God, he scared the hell out of me,” says Keaton of her abusive onscreen husband. “That scene where he’s knocking on the door and screaming at me, and I’m saying, ‘No, you get out!’ And the kids are terrified — I’m proud of that movie.” A few years later, in Gillian Armstrong’s Mrs. Soffel, she starred opposite Australian up-and-comer Mel Gibson. “I was pushing 40, and he was in his 20s, but I remember how easy he was to work with,” says Keaton. “And how gorgeous. I had that kiss with him, and I was sitting in the car driving back to the hotel, and I remember trying to relive that kiss because it was really wonderful. Of course I had a crush on him, even though he already had, like, four kids …” 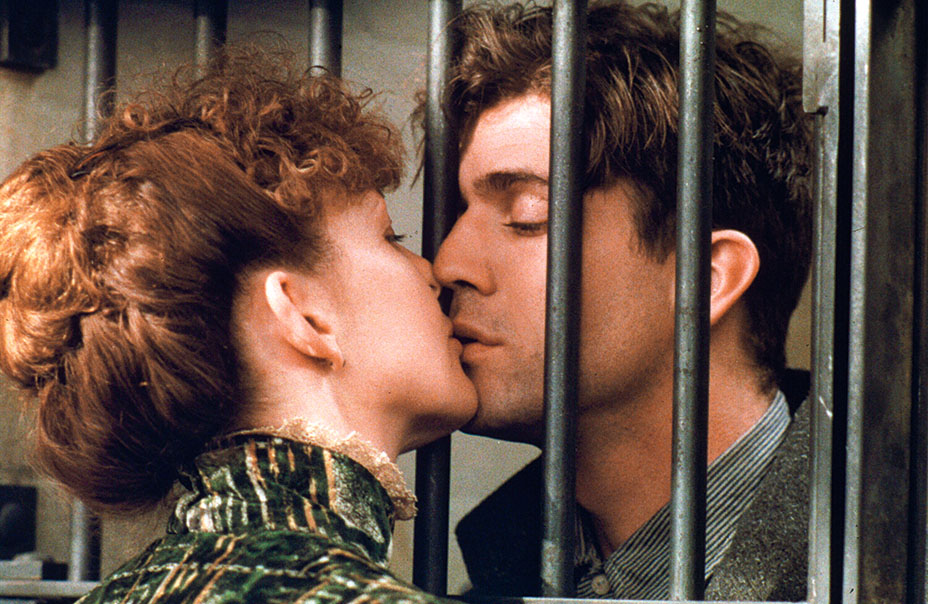