Jonathan Saunders, the Scottish designer who was appointed the new chief creative officer of the DVF label earlier this year, was in town last week meeting celebrities and stylists in the run-up to red carpet season.

“Thanks to Diane for creating this wonderful brand, and here’s to L.A.,” Saunders said, toasting his pals, including stylists Cher Coulter and Petra Flannery, over bubbly and truffled French Fries in the garden at the Chateau Marmont.

During New York Fashion Week, Saunders showed his spring collection during private press appointments, rather than having a runway show. The clothes have a breezier and less form-fitting look than the DVF of the past, and are also more eclectic, with asymmetrical hems and a wider range of silhouettes. 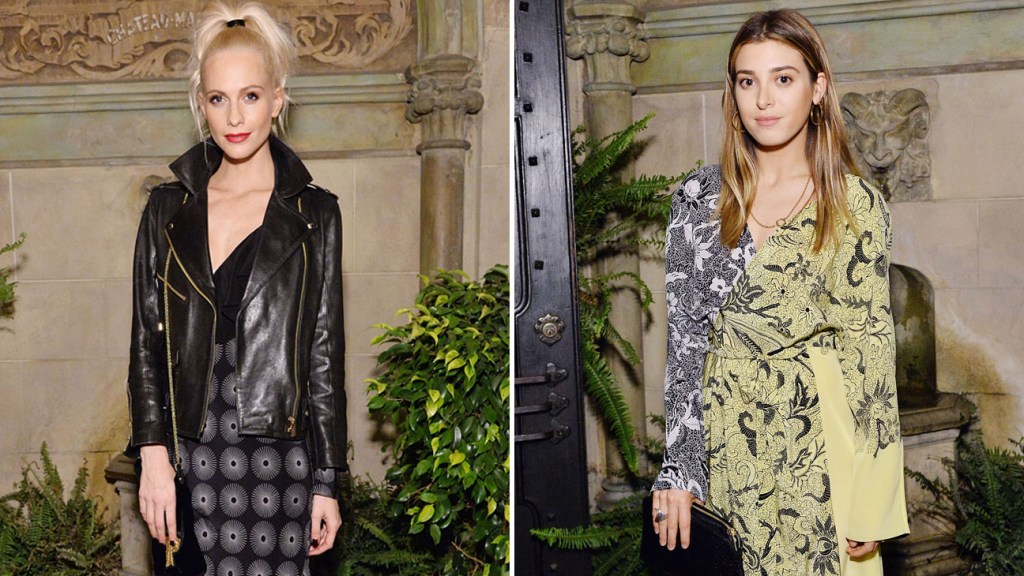 “It’s a mix of different prints, Japanese and African textiles, that shouldn’t really go together but do,” the designer said, adding that he purposefully didn’t name the clothing styles. “No names, no muses.”

The lineup includes slip dresses, billowy palazzo pants, featherweight printed floral leather jackets, mixed print jump suits and romantic off-the-shoulder blouses. His updated take on the iconic DVF wrap dress is kimono-inspired and has a scarfy look. “It’s a single piece of fabric wrapped around the body with bias-cut strips that flow and move,” he explained of the style, which was worn at the dinner by stylist Jamie Schneider.

“I started out in fashion studying print and textiles, and everyone in college used to talk about DVF in that context,” said Saunders, who studied at Glasglow School of Art and Central Saint Martins College of Art and Design. He launched his namesake label at London Fashion Week in 2003, closing it in 2015 when he moved to New York City to take the DVF job.

He said, “I always appreciated her imagination and her ability to create something quite effortless and wearable.”

As for von Furstenberg, who has a house in L.A. with her media mogul husband Barry Diller, and opened her retrospective “Journey of a Dress” exhibition here with a huge bash at LACMA in January 2014, she sat this one out. She was absent from the spring collection presentations at New York Fashion Week, too, satisfied, it would seem, that with Saunders her legacy is intact.