Both outbreaks started in China. Both (probably) involved an infected bat. And both spread rapidly across the globe, killing victims with flu-like symptoms. The big difference is that in the film Contagion, Gwyneth Paltrow was patient zero.

Still, the similarities between the plot of Steven Soderbergh’s 2011 epidemiology thriller — which recently hit No. 10 on iTunes, just behind Joker and Parasite — and the real-life spread of the deadly coronavirus, which recently was categorized as a global health emergency by the World Health Organization, are not surprising to the filmmakers.

“On one hand, someone might say, ‘That’s uncanny!” says writer Scott Burns. “But I’m not that surprised because when I spoke to experts in this field [while researching], they all said to me that it’s not a matter of if but a matter of when. What I learned from these scientists is that these things are going to happen.”

Burns tells THR that he’s still in regular contact with doctors W. Ian Lipkin and Larry Brilliant, whom the writer became friends with they served as scientific consultants on the film. (Lipkin has said that he’s en route to China to help out with the situation.) That commitment to ground the plot in fact is precisely why the film is resonating now, says producer Stacey Sher. “Steven Soderbergh and Scott Burns’ conception was to make an extremely accurate film that dealt with actual protocols and science.”

“Part of the reason why we made the film was for situations like this,” Burns adds. “It’s useful to look at some of the lessons included, which are really basic and apply to seasonal flus. If you’re really sick, you can self-quarantine — a fancy way of saying stay home and don’t get the people you work with or love sick. Don’t send kids to school. Wash your hands often and don’t go out if you’re sick.”

Contagion was not the lone virus-related thriller on the iTunes chart. Wolfgang Petersen’s similarly themed Outbreak from 1995 has also broken into the top 100 at No. 86. 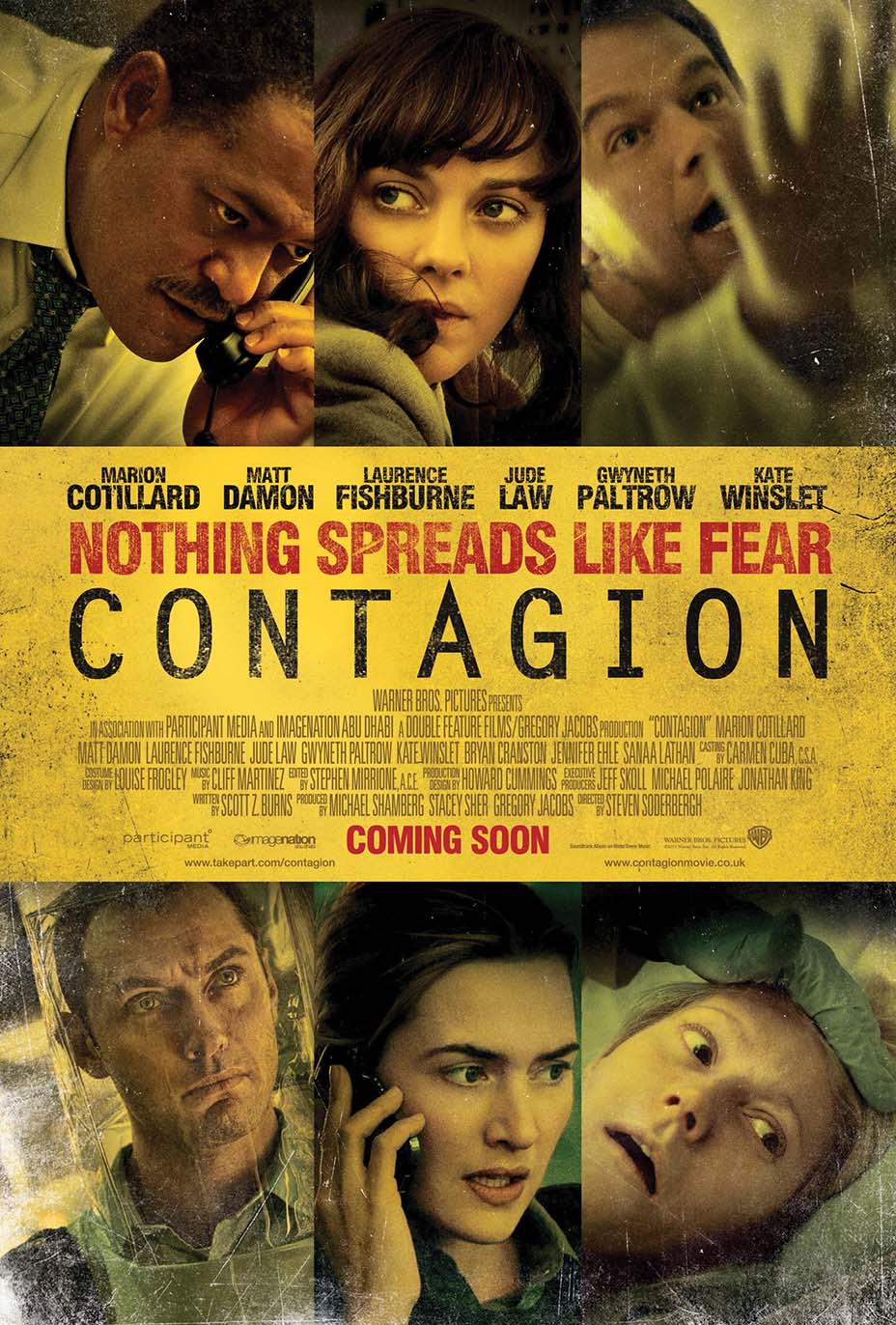