Even in Washington, image is important. (Remember The Great Tan Suit Debacle of former President Barack Obama’s sixth year in office? But of course you do.)

And if Steve Carell’s makeover montage at the hands of Ryan Gosling in Crazy, Stupid, Love taught us anything, it’s that men are not exempt from the governance of style rules. Even President Donald Trump — though often disagreeable, specifically on the definition of “facts” — has often stressed the importance of a presentable image.

So it should come as no surprise that a source at Axios reported that “Trump hasn’t been impressed with how his new press secretary Sean Spicer dresses,” and that the President allegedly asked an aide, “Doesn’t the guy own a dark suit?”

Maybe Corinne, Season 21 'Bachelor' Villain, Has a Point About Naps

The comment was in regards to the oversized, light gray ensemble worn by Spicer at his first official press briefing on Saturday, one day after the inauguration. From the gap near the lapels and puckering at the sleeves to the ‘90s-era wide pinstripes (they might work on the Balenciaga or Thom Browne runways, but not on a 45-year-old civil servant from Rhode Island), the look was more Zoot Suit than Polished Politician.

However, Spicer appeared to heed his boss’s request for a more presentable image, and did so quickly. He returned to the podium two days later, on Monday, dressed in a sharp(er) suit that was also well-tailored, a clear step up from his first look, which didn’t appear to be tailored at all. The second suit also included a thinner, red patterned tie, which looked not only more modern, but more expensive. Also noticed: His hair appears to be less disheveled (perhaps a trim helped the cause?) as well.

May we present the evidence of his style transformation: 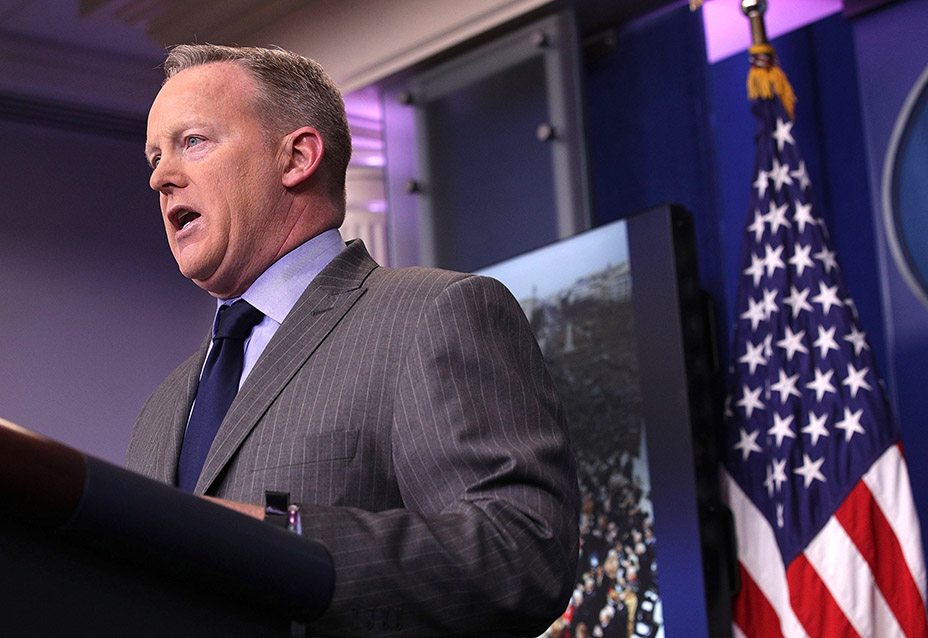 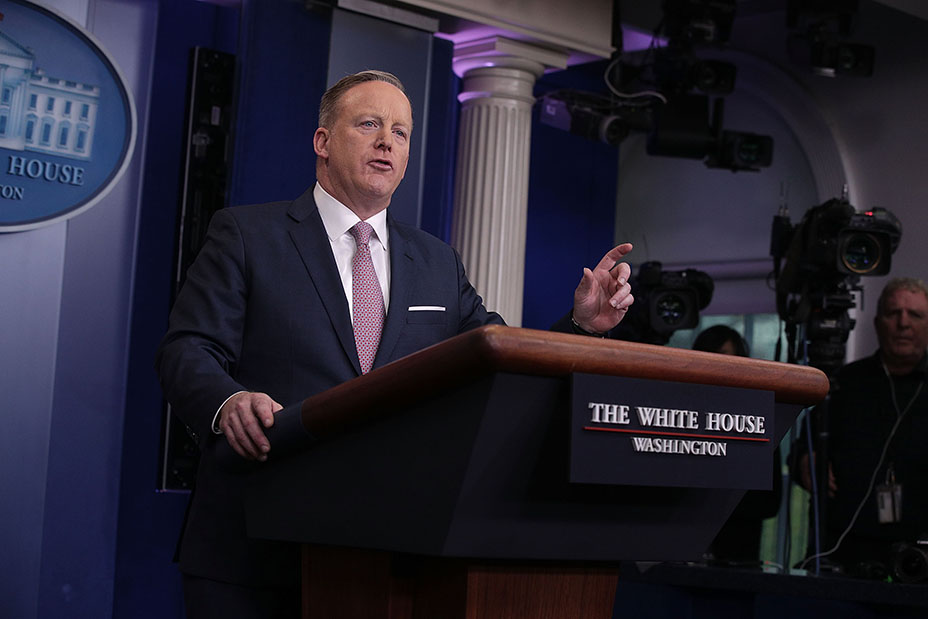 On Tuesday, Spicer returned to the podium in the press briefing room for the third time, again wearing a dark, fitted suit that gave him a more refined appearance.

While he’s no Gosling, we can’t quite count Spicer out altogether as a fashion trend-setter. On Inauguration Day, he was spotted wearing a beaded friendship bracelet with the word “Dad” spelled out in beads — not unlike the one former Vice President Joe Biden made for Obama. Spicer appears to have worn it during his press conferences as well.

Friendship bracelets — the next great (bipartisan) fashion trend in Washington? 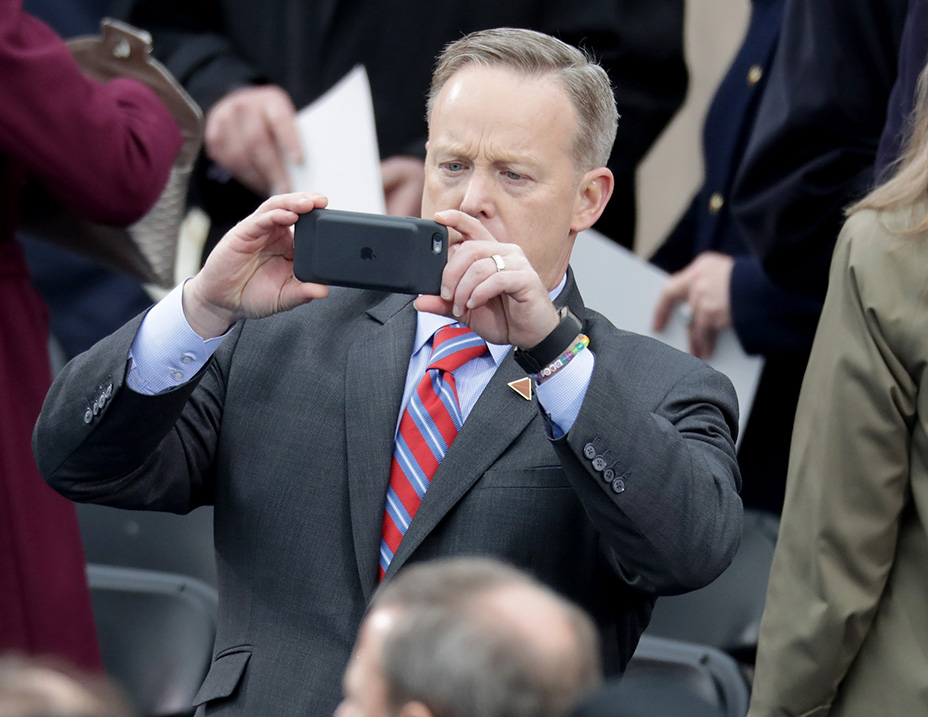