Country artist Dierks Bentley premiered the new music video for his song “Hold the Light” exclusively with The Hollywood Reporter on Thursday. The song, which is generating Oscar buzz, is from the upcoming film Only the Brave, starring Jeff Bridges, Josh Brolin, Miles Teller, Taylor Kitsch and Jennifer Connelly.

The movie tells the story of the Granite Mountain Hotshots, a unit of Arizona firefighters who risk their lives to protect their town of Prescott from one of the worst wildfires in modern history. For Bentley, an Arizona native, the story hits close to home.

“I was on the road when the fire happened back in 2013, and we went out to do a little benefit in awareness for these families and the community of Prescott,” Bentley said. “So we did a concert there and got to meet some of the families, meet Brendan [McDonough], the one firefighter that survived.”

After his early involvement with the Granite Mountain Hotshots story, Bentley was called into an early screening of the film and asked to collaborate on the movie’s original song, which had been written in an earlier form by Bon Iver’s S. Carey, composer Joe Trapanese and Jon Randall.

“The song is special to me because I really connected with the story and tried to put myself in their shoes a little bit, coming from not being wildfire fighters but by being part of their family or something like that,” said Carey, whose brother-in-law is a firefighter.

Bentley says he helped to rework the bridge and was eventually asked to record the song himself. The video incorporates scenes from the film and uses light projections because of the song’s title.

“I’m really happy with the way it turned out. It’s probably one of my favorite recording deals that I’ve had to be a part of, so I’m pretty excited,” the country singer said.

To add to that excitement, the song is getting Oscar buzz in the category of best original song, which Bentley says is really big for him, considering the other “really good songs, like crazy artists, like crazy movies that are coming out from people that I really really respect, and it’s a tough list to even get near.”

Only the Brave marks Bentley’s first foray into writing songs for films, which he says is an entirely different process but a challenge he enjoys and hopes to do again.

“It messes you up. That movie is so powerful to me that for three weeks I was just physically in a daze, it hit me so hard,” he said. “Trying to put yourself as a character in the movie and try to write as they would try to say it, it’s a totally different way of writing. Usually I just write from my own experience.”

Only the Brave will hit theaters Oct. 20. Watch the video for “Hold the Light” above. 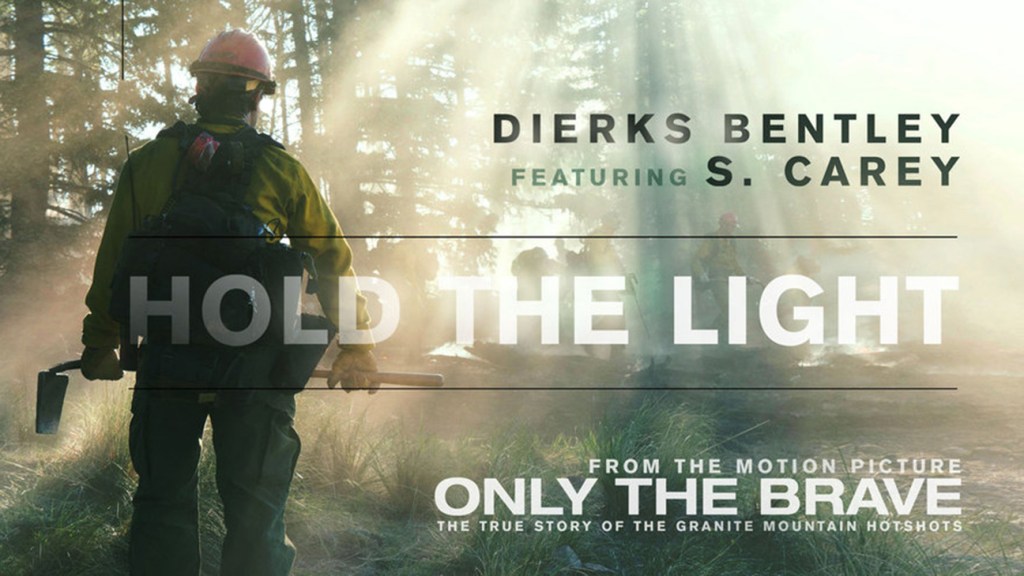