It was all dark and denim for Maria Grazia Chiuri’s latest Dior show. But backstage it was barely-there beauty, with a makeup look all about the pretty party girl with soft curls and morning-after makeup.

“It’s natural look, sort of like she went out the night before and has a bit of that leftover eyeliner that you can barely see,” said makeup creative director Peter Philips. “Something you can’t quite see, it’s the forbidden, the morning after, like a girl that has been out all night.”

“If we did a dark eye it would become ‘a look,'” said Philips. Instead mascara was applied to the lashes at the center of the eye and brushed outward with a lash comb. He used an eyebrow brush to smudge wet mascara along the lash line instead of eyeliner.

The angled brow brush gives the right amount of delicate smudge. “If you do it even a little bit elongated it looks made up. If you start in the middle of the eye it looks a bit softer.” 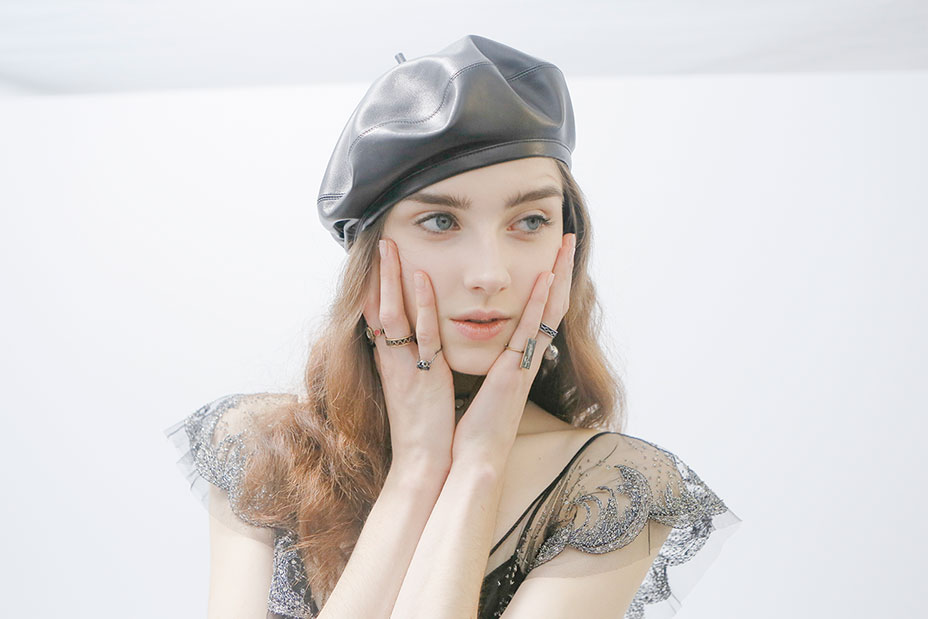 Skin was glowing, courtesy of Diorskin Air Luminizer, and lips were soft and glossy. The focus of the look was the eye, conveniently coinciding with the launch of the new Diorshow Pump ‘N’ Volume mascara. The new mascara is thick and has a rubberized handle so you can warm it up inside the tube before applying. One coat will suffice — two looks a tad tarantula.

Hair too was soft, to counter the black leather berets and dark colors of the collection. While the inspiration was pre-Raphaelite curls, the method was 20th century with a tissue set. First used during the 1940s with rag ties and again in the 1980s with padded tubes, lead hair stylist Guido Palau recreated the look with a looser modern touch.

Starting with a clean, dry hair and a spritz of Redken’s Windblown No. 5, Palau wrapped sections of hair around tissue and set it with a bit of heat from a flat iron, before brushing through with a comb. Using just a few sections gives it a looser look; several sections will make it tighter. You can even use tinfoil, which will help the curl hold when heated. 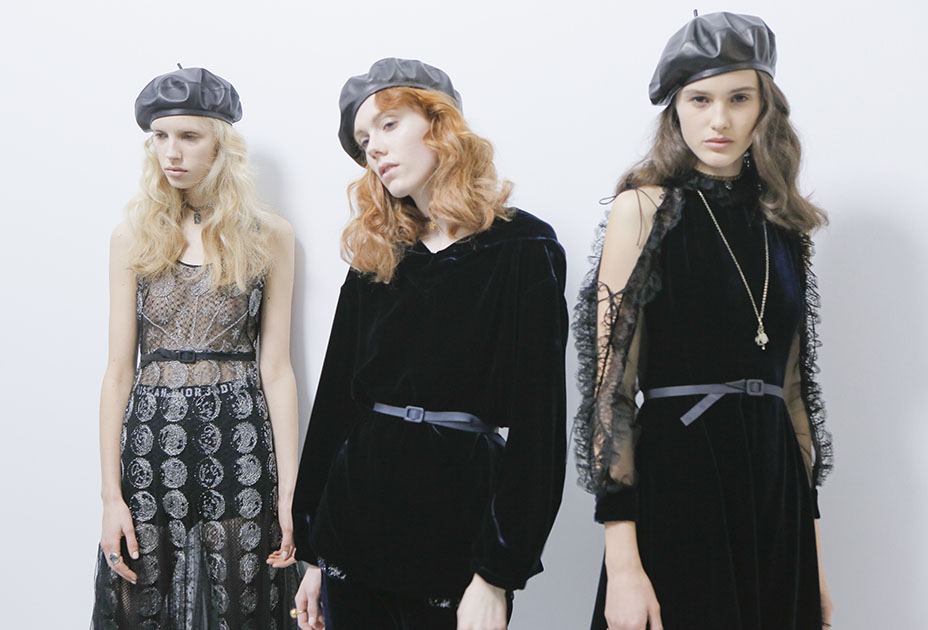 “If you do it with a curling iron you get a much more mechanical look,” said Palau. “It’s a more old-fashioned feeling of pretty hair, light and feminine.”

He said Grazi Chiuri wanted a soft hair to contrast with the clothing. “It’s floaty and dreamy and romantic against the toughness of the beret,” he said. “But it doesn’t feel overstylized.” It’s a simple, zero product look for day or night.

It’s similar to the soft waves he did during the Grazia Chiuri’s magical couture show, but very different from the tougher braids shown last season.

“Women today like that switch up. One day they want to be tough and boyish, the next they are pretty and feminine, the next a bit sexy and the next a bit alternative. It’s the way women look at themselves now.”

‘Rust’ Tragedy: Was an Inexperienced Producing Team to Blame?