Dressed like a haute pioneer woman in a Dior prairie skirt and bra top, Jackson was huddled inside one of the cozy cabin-motel rooms, sharing a moment with model Alessandra Ambrosio, actress Britt Robertson and a sexy-looking shaman hired for the evening, who was dressed in coyote-fur hat, grinding herbs among bottles of men’s fragrance and waxing poetic about “magic hour.” 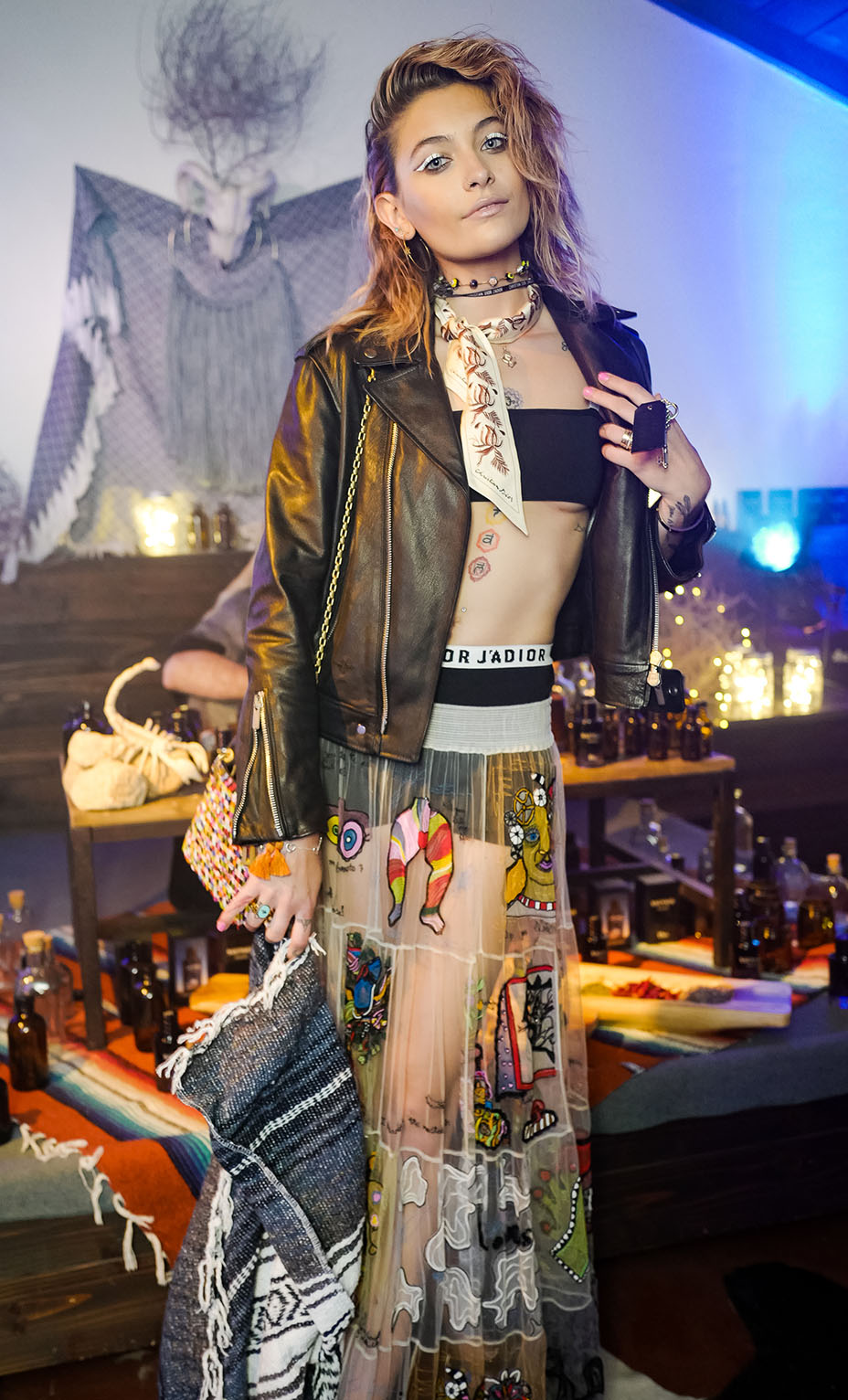 There weren’t any mushrooms that I saw, but there might have been some weed to lighten the mood on the Old West motion picture-turned-Instagram influencer set, where the temperatures dropped as it approached the fragrance’s tagline of “magic hour,” sending everyone inside the motel rooms for cover. And yes, eventually, we did let loose in a group wolf howl.

Omg, this #diorsauvage experience at Pioneertown is one for the books pic.twitter.com/hWVgON2ZIk

Johnny Depp, the face of the men’s fragrance, was a no-show, though guests did get a glimpse of him in the latest ad, which was screened in another room, and filmed just outside. 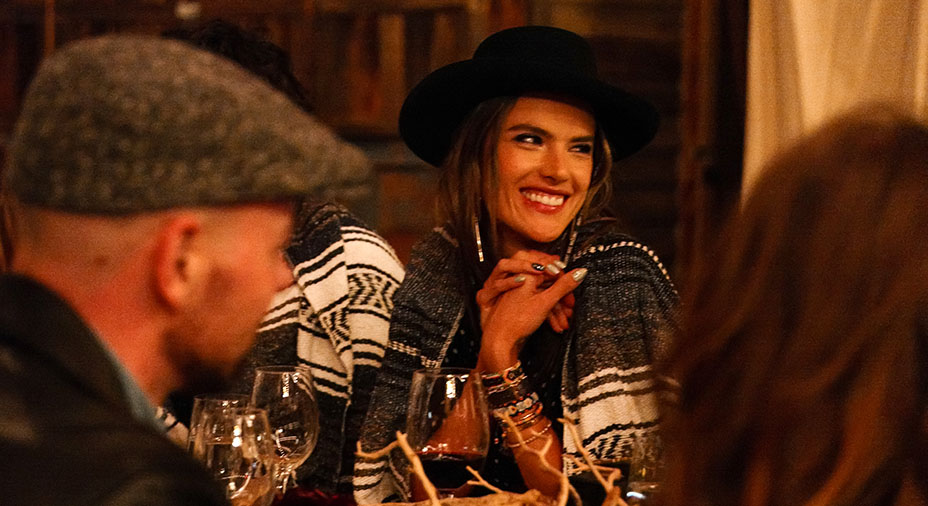 The event was a kind of sequel to Dior artistic director Maria Grazia Chiuri’s 2018 women’s cruise collection show, held last May in Calabasas. Initially conceived to also be outdoors, this one was a study in the unpredictability of high-desert weather, however, as the wind kicked up so much dust that Darren Criss, Damson Edris, Myles O’Neil, Mia Moretti and others took refuge indoors after dutifully posing for photos against the desert landscape and a Dior Sauvage-branded Cadillac. 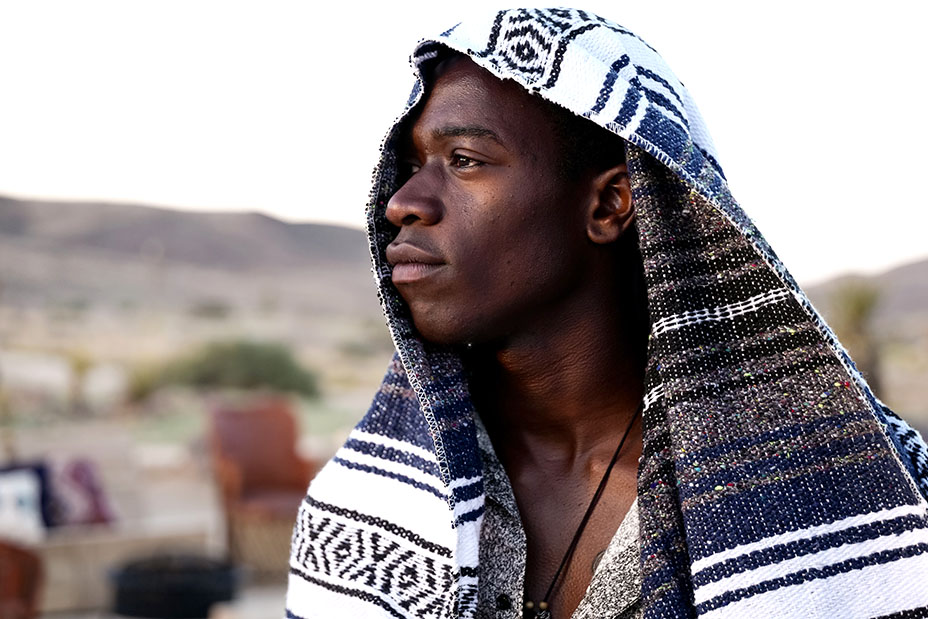 Shortly after sunset, when it was evident there was not much hope that fire pits, heat lamps or assorted Mexican blankets would save this dinner, the banquet table and Dior napkin holders were packed up and moved to a nearby barn event space, and everyone reconvened there so dinner could at last begin. 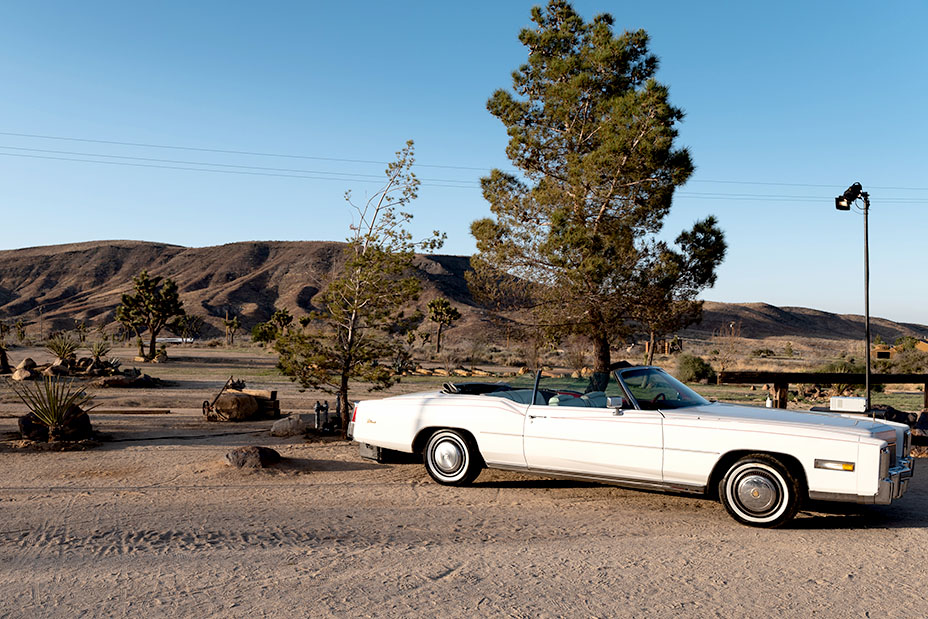 The Dior reps were consummate pros, and all the guests took it in stride; for one thing, there wasn’t really anywhere else to go, since most everyone had been shuttled 45 minutes from Palm Springs. Though a few did whisper wistfully that the club next door, Pappy and Harriet’s was looking pretty good.

“There’s this guy playing right now who is incredible,” said Criss. The famous music venue has played host to performances by the Rolling Stones, among others. But alas, it wasn’t meant to be. Still, the evening was a destination fashion event no one would soon forget; it really was, as they say in French, sauvage. 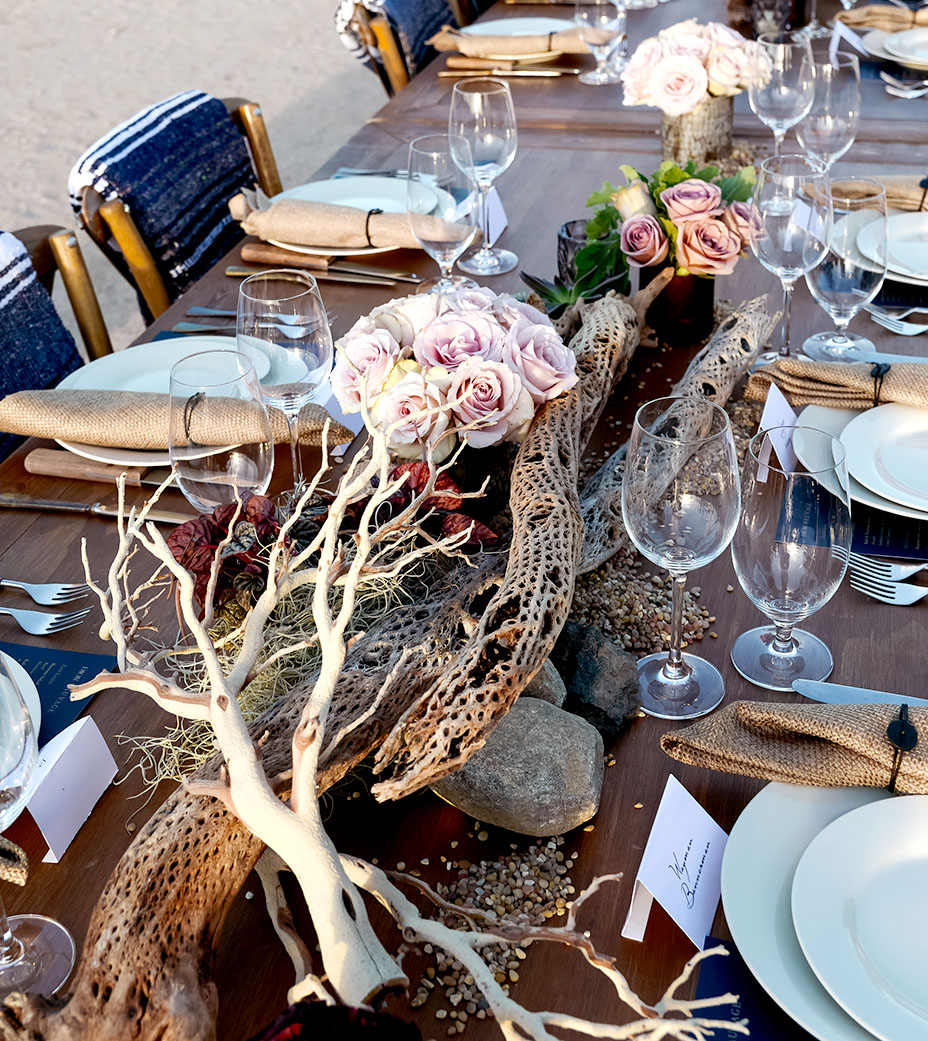