Continue to The Hollywood Reporter SKIP AD
You will be redirected back to your article in seconds
Skip to main content
September 26, 2017 10:00am

One year after Maria Grazia Chiuri, the first female designer to head the house of Dior, presented the headline-grabbing “We Should All Be Feminists” slogan tee at her debut ready-to-wear show, she had another message for the world: “Why Are There No Great Women Artists?”

The phrase, emblazoned on a striped T-shirt opening the spring 2018 runway show on Tuesday in Paris, is from a 1971 essay by the Brooklyn-based feminist Linda Nochlin (a copy of which was on every seat), which forced change in the traditional male discourse of art history, and resulted in the landmark 1976 exhibition at the Los Angeles County Museum of Art, “Women Painters: 1550-1950.” (The essay, which can be read here, asks the question from the male perspective, and Chiuri uses the phrase ironically to celebrate an actual great woman artist.)

What does all of this have to do with fashion, you may ask? Well, it’s about how Chiuri is trying to position herself as a female fashion leader and a thinking woman’s designer.

The collection was inspired by Niki de Saint Phalle, the French model turned outsider artist who rose to prominence in the 1960s and was known for her wacky, weird, colorful and totemic sculptures and paintings of women. 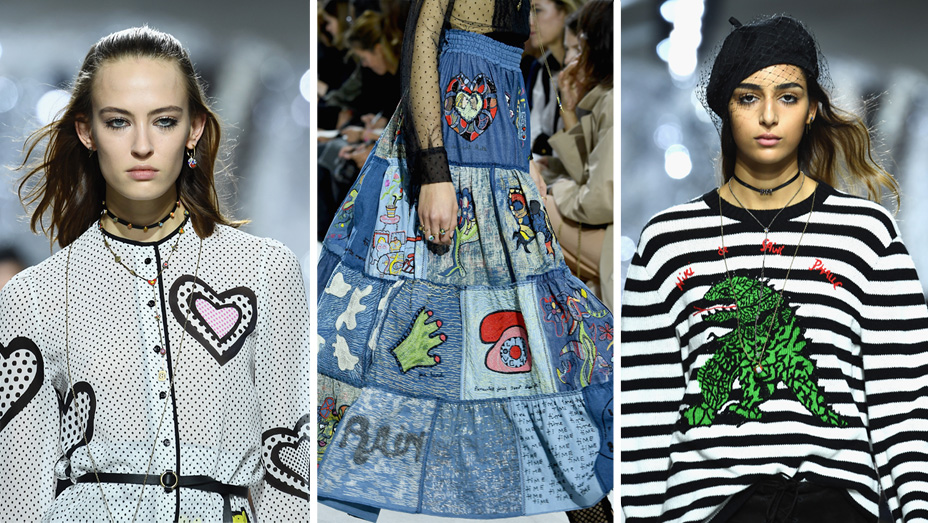 On the runway, you could see the artist’s bold palette translated onto colorblock leather pants and a jumpsuit, and motifs from her work, including hearts, dragons and a tree of love, were interpreted as embroideries and mirror mosaics on sheer dresses of lace, silk, leather and plastic. The effect was a bit jarring at times, especially when the arty looks were paired with over-the-knee black-and-white striped socks or layered on top of striped triangle bra tops and boy shorts. 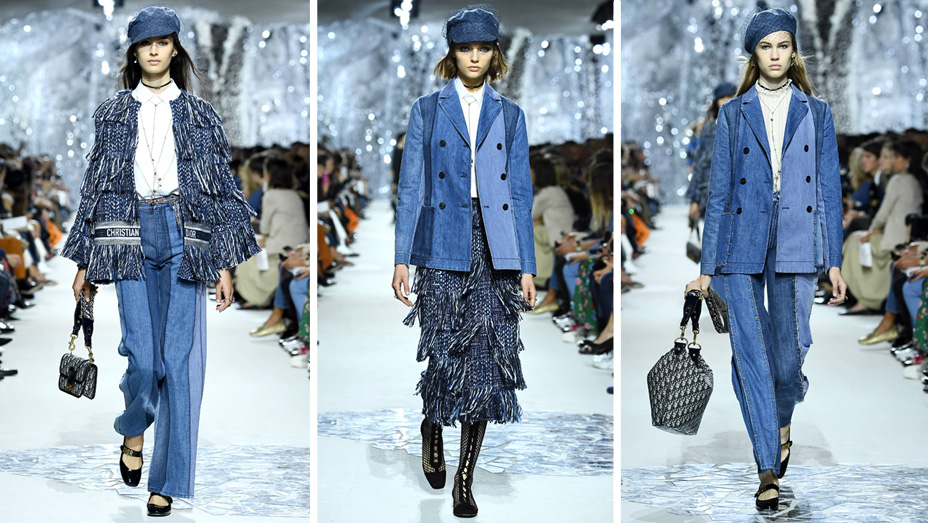 There were other more subtle pieces, though — including a continuation of the workwear first seen in the fall 2017 collection — which amounted to a couple of pairs of fabulous jeans (one with allover silver ring details), pea coats, safari jackets and a blue fringed cardigan, as well as a denim iteration of the now famous Dior beret. 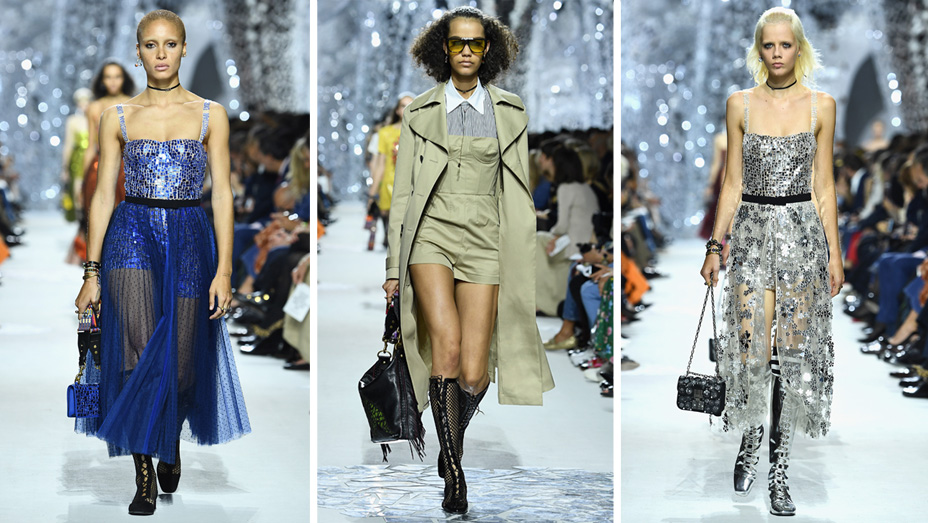 Menswear touches were seeded in, too; one of the best looks layered a white button-down men’s shirt under a khaki corset top, worn with trench coat and shorts. Shorts were a recurring note, including in eveningwear, where a rainbow-colored array of sparkly corset tops and boy shorts with pleated full tulle skirts over them made for an edgy alternative for dressing up.

A rainbow for the red carpet @Dior #pfw pic.twitter.com/barU3VeLtm

There were also ‘60s influences, a nod to our own revolutionary times, perhaps, in the strong and graphic minidresses, black-and-white checkerboard suiting and Mary Janes shoes. And logo devotees will be happy to know that the “Dior” name was spelled out on the hem of a jacket, on the strap of a handbag, across the toes of slide sandals and more. 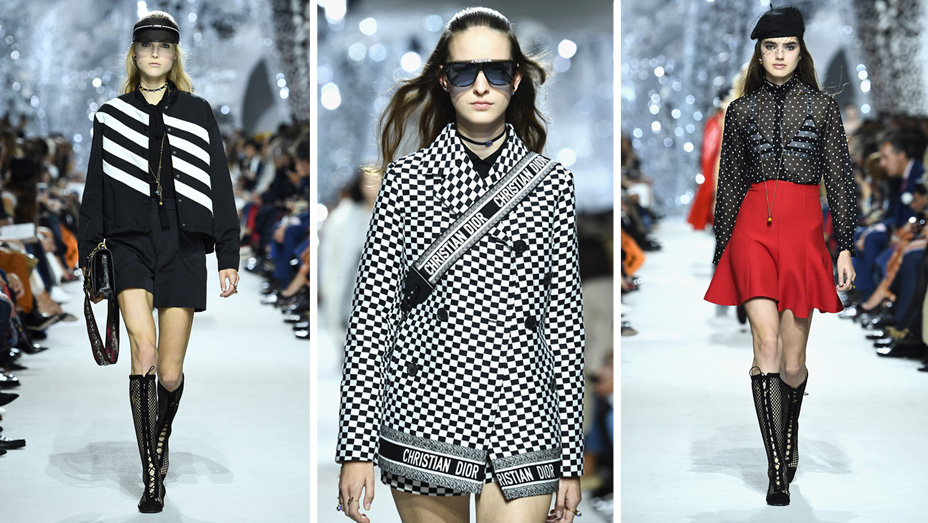 It was a lot to take in, but as model Karlie Kloss put it (she was a guest of the brand, not a catwalker), “I’m inspired by the way [Chiuri] brings her own personal flair to a house with such a legacy,” she said, adding that she’s a personal fan of the clothes. “It takes a lot of courage.” Chiuri certainly has that.