Feminism has certainly been a boon for fashion.

When designer Maria Grazia Chiuri debuted the headline-grabbing “We Should All Be Feminists” T-shirt in her first Dior ready-to-wear show in October 2016, she kicked off a love affair between fashion and feminism that has influenced everything from the Time’s Up blackout on Hollywood red carpets, to the “Feministe” pajamas I noticed are currently for sale at Paris’ affordable grocery and clothing chain Monoprix. 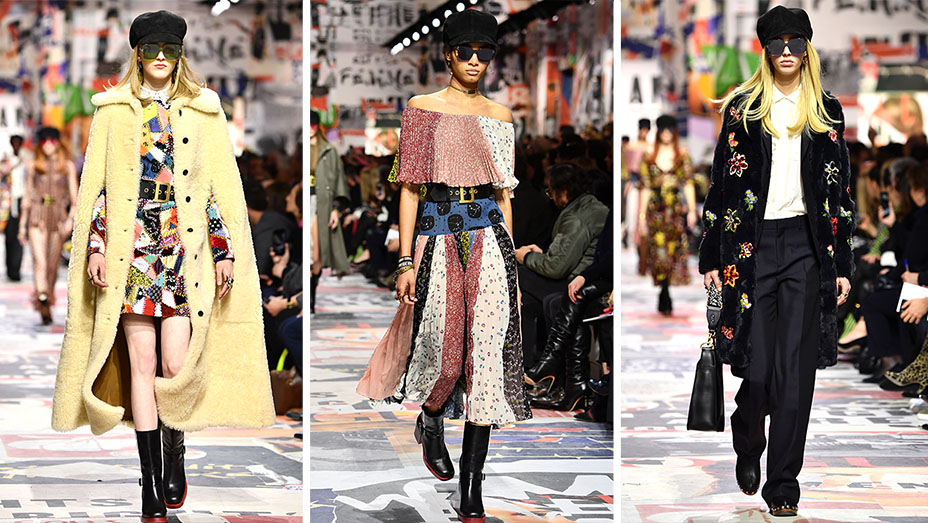 Chiuri continued to beat the drum for the revolution on Tuesday with her fall 2018 runway show, going all out with a set inspired by 1960s student protests, plastered with vintage Vogue, Bazaar and Elle fashion magazine covers, and slogans such as Hillary Clinton’s “Women’s rights are human rights.”

.@Dior is going all in with the feminist theme: walls of runway set plastered with images of women’s magazines, women’s marches and slogans like “women’s rights are human rights.” #PFW pic.twitter.com/TWg8ww5xfa

But rather than taking cues from the women’s marchers of 2017 or the Time’s Up protesters of 2018 that have inspired American designers like Prabal Gurung and Rachel Comey, Chiuri referenced the 1960s Youthquake, in particular a 1966 protest held outside the Dior store in Paris. While holding signs that read, “Miniskirts forever,” the young people railed against the establishment fashion house.

They were calling out Dior’s then-designer Marc Bohan for being out of touch for not showing miniskirts, which had become a symbol of the women’s liberation movement, from Swinging London’s Mary Quant to Paris’ own Andre Courreges and Yves Saint Laurent. Afterward, the brand was inspired to create the more contemporary Miss Dior label. 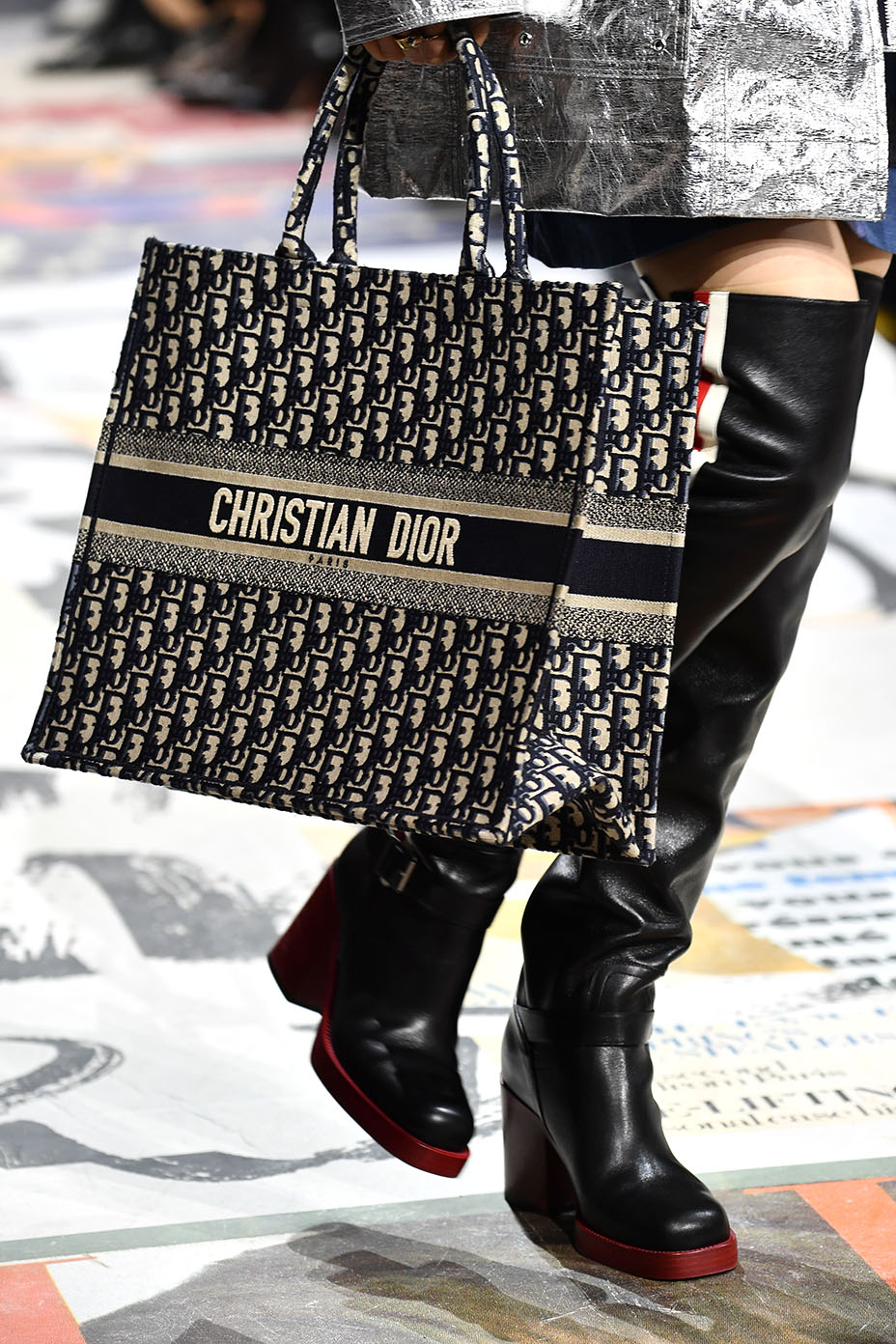 Naturally, there were several miniskirts on Chiuri’s runway, along with lots of other sartorial standards that seemed almost literally taken from 1960s Haight Ashbury, including a peace sign sweater, rainbow patchwork flared pants, and a denim patchwork trench, all accessorized with oversized tinted sunglasses, wide belts with “D” brass buckles (the answer to Gucci’s popular “G” buckles) and newsboy caps (the new beret). 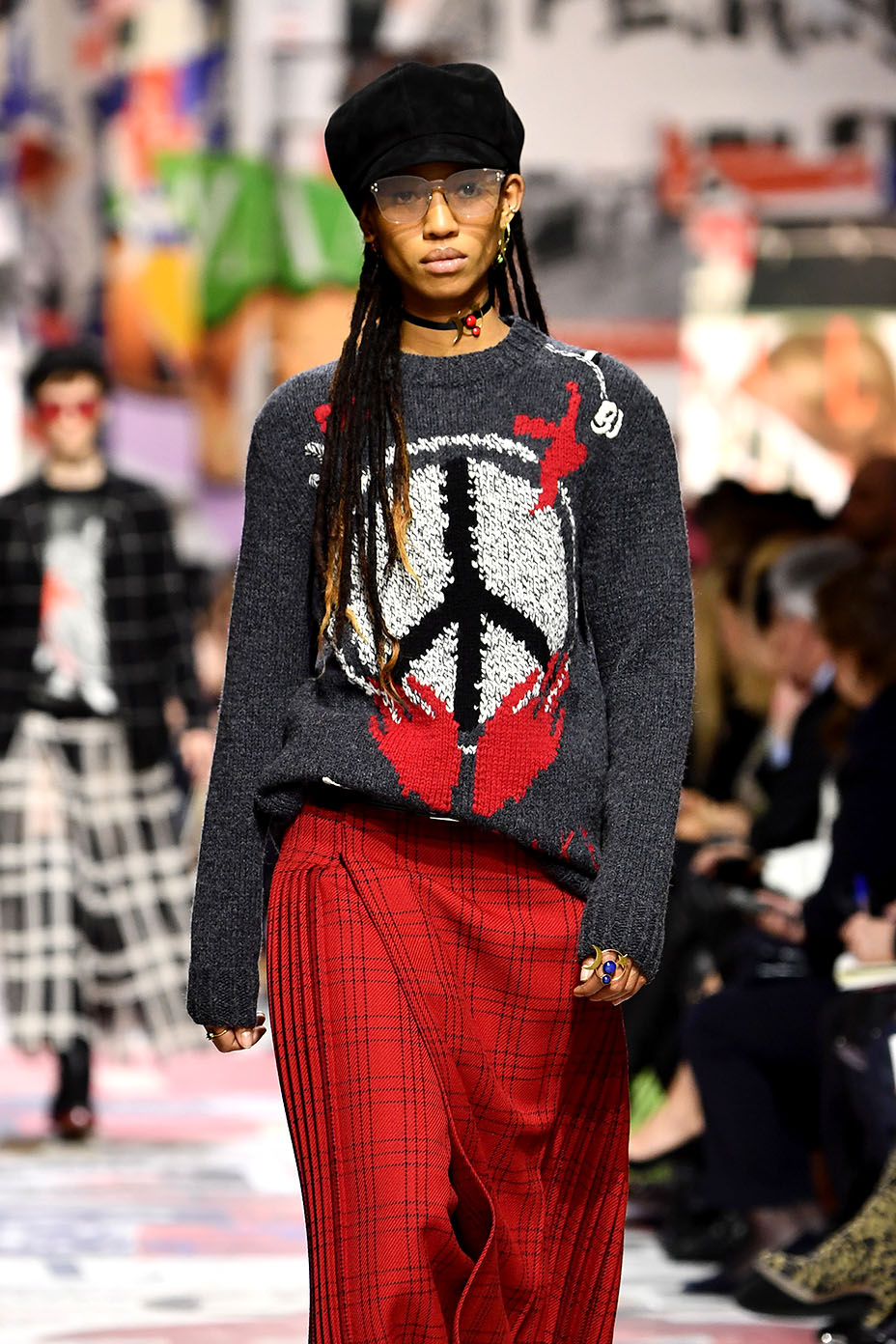 Some of the looks were quite beautiful, including a fur-and-patchwork embroidery coat that showed off the house’s sublime craftsmanship, as well as charming plaid kilts spliced with point d’esprit fabric and worn with T-shirts and shrunken menswear check blazers. Bags ran the gamut from logo totes, to the return of the iconic Dior saddle bag, some with woven straps and fringe details. 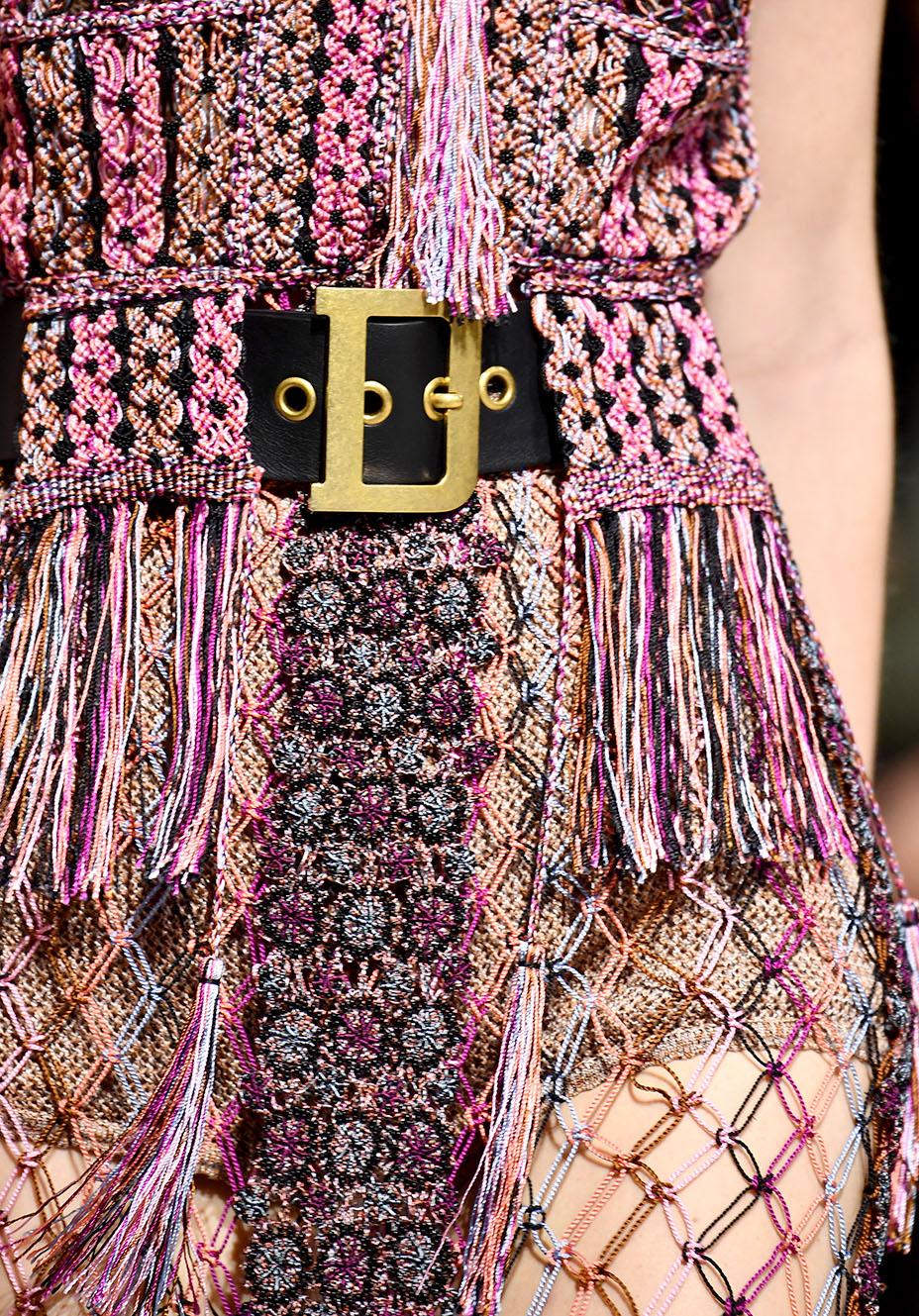 But what was Chiuri really saying that hasn’t already been said? Was this collection her attempt at rewriting history as herstory, suggesting what could have been way back in 1966, if she had been in charge of the house of Dior? Perhaps.

And yet, the overall effect of the retro magazine covers, uninspired clothes, even the Diana Vreeland quote in the notes (“The Sixties were about personalities”) itself seemed out of touch, just like Bohan was in 1966, stuck in what was, rather than what is right now.

What does feminism really mean to fashion, beyond decades-old references and overhyped slogans you can now buy anywhere? That’s a future-thinking question Chiuri could have used the considerable resources of the house of Dior to try to help answer, but did not. 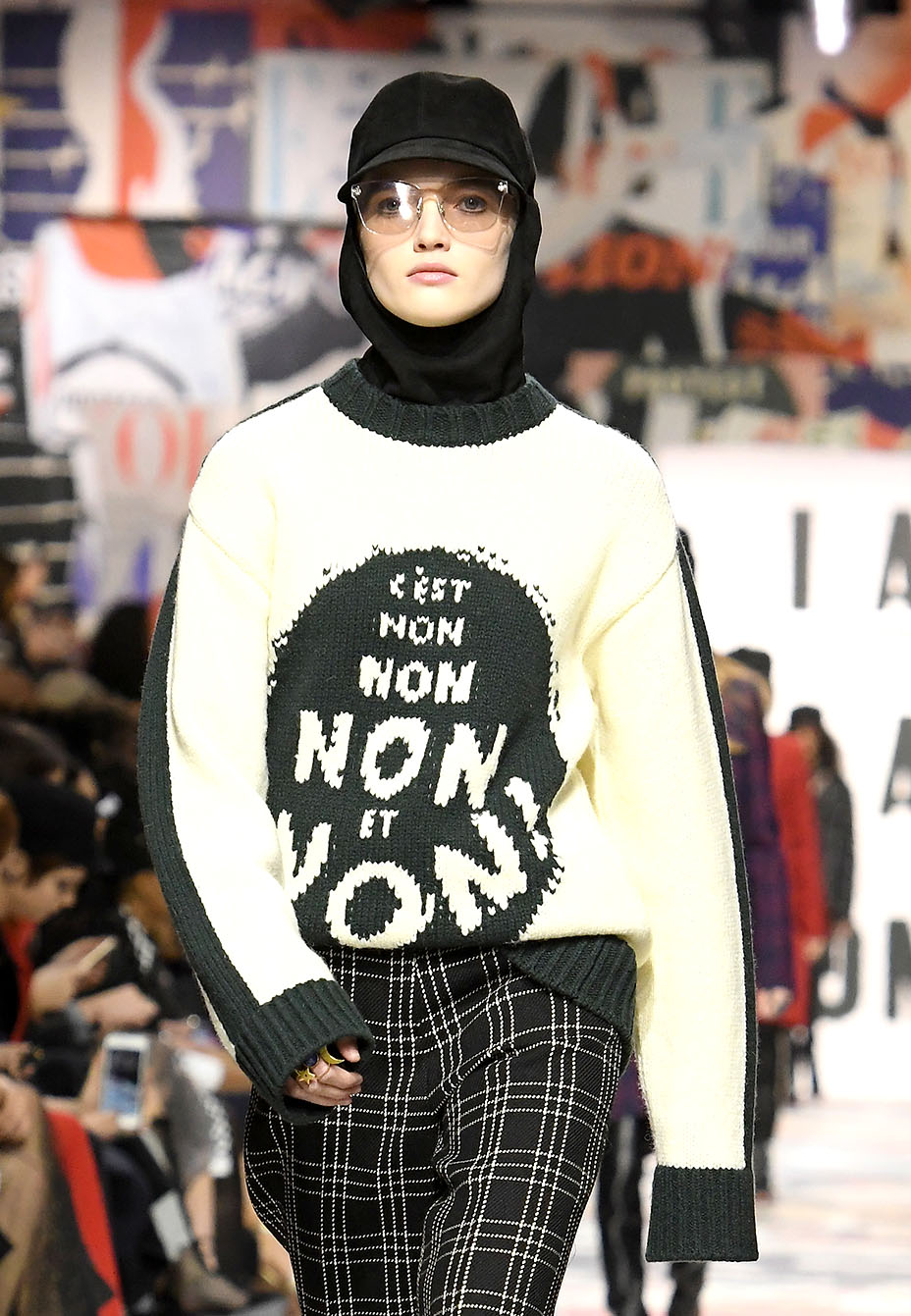