Though it was a small, $2 million budgeted crime drama set in the Missouri Ozarks, director Debra Granik’s Winter’s Bone cast a long cultural shadow after it landed in theaters in 2010. In addition to launching the career of Jennifer Lawrence and earning the then-20-year-old actress her first Oscar nomination, the film inspired a character in Star Trek Beyond, boosted previously obscure Ozarks author Daniel Woodrell’s name in literary circles and saw character actor John Hawkes graduate into more prominent roles.

Still, during the eight years since she nabbed an adapted screenplay Oscar nomination for the film, Granik has been relatively absent from the Hollywood spotlight since, save for the promotion of her 2014 documentary Stray Dog. That’s changing with the June 29 release of Leave No Trace, her first narrative film since Winter’s Bone. Adapted from the 2009 book My Abandonment by Peter Rock, Granik’s latest centers on a father, a veteran with PTSD, and daughter who live off the land — and off the grid — in Portland, Ore.’s Forest Park. When they are discovered by a jogger, the pair must re-integrate into society. Once again, a small film by Granik has made headlines from Sundance to the Cannes Film Festival.

Granik first boarded the project when producers Linda Reisman and Anne Harrison approached her about adapting Rock’s book, which has a deep connection to the wilderness. Though Granik had not read the book until that meeting, it’s no wonder she seemed like a good fit: Though she is now a New Yorker, Granik makes what she calls “social realist” films that are inspired by her research on particular, often rural, communities. In Winter’s Bone, a cattle auction makes a memorable appearance; Leave No Trace foregrounds a 4-H agricultural program.

Prior to its limited release nationwide, Granik spoke with The Hollywood Reporter about her career since Winter’s Bone, the Time’s Up movement and why Leave No Trace is a “balm” for 2018.

Your 2010 film Winter’s Bone was widely celebrated and Oscar-nominated. What accounts for the eight-year time difference between your last narrative feature film and this one?

Some of the subject matters that I like to make stories about are definitely not inherently commercial. So I have to look for very special kind of financing and go down a very gentle path in order to make my films, as do basically all social-realist filmmakers. It’s a long process.

And I do take a long time to make a film because I do a very lengthy feature [films] process. Even though they’re adaptations, I go through a lot of drafts. There are a bunch of projects [I worked on], and I wrote a bunch of scripts in that time. I’ve not been idle.

Part of the discretion that I have to apply to my work is that many times, crucial financing doesn’t marry well with these projects because they also can’t take on what is called “immediately financeable actors.” I love to champion some of the hardworking actors where, it’s been said to me, they don’t bring money. But to me they bring everything. They bring their wonderful selves.

That’s slightly ironic because Jennifer Lawrence became a star after you worked with her in Winter’s Bone. And Ben Foster has gotten a lot of acclaim, but Leave No Trace shines a new light on him as a leading man.

That’s the thing; No one ever pays the canary in the mine. You want the canary to report back. It is a conundrum, and I’d like to see businesses welcoming new actors and trying to provide a role for someone who’s a veteran that allows him to show other aspects of his being, but no one really wants to take that risk up front. People are happy to come in after, hence.

There’s been a growing discourse about the lack of female directors, and your name has popped up in many stories about the phenomenon, often in the form of a question: “Debra Granik made this incredible film and how is she not getting more opportunities?” Is that a fair question to ask, or is it more complicated than that?

It’s more complicated than that. I think it’s a very fair question to ask my colleagues who work in Los Angeles because they are vying for the same jobs; I’m not. It was told to me from the onset of my first film, that the subject matters that I choose are not of interest on the West Coast. That’s okay by me, I hear that, and I’m very much a piece of that. For me and my colleagues that work like me, who are in the category of “social realist” [filmmakers], male and female, the subject matter and the way of casting can be a much weightier influence in whether films get made or not. But for my colleagues that toil and would like to be helming films, absolutely. But look how fast people have responded, look how fast Marvel responded: Women are helming their films, men of color are helming their films. So the industry, this is not falling on deaf ears. I think it’s very intriguing.

But we have to remember: This is not such a revelatory idea. Just like the first time that women were fighting for change in society and it was in tandem with Civil Rights, once again, the lives of women and equal access cannot be separated in any way from the lives of people of color, other people who need access. Time’s Up came as a bundle, as it did in the Civil Rights movement, when women’s rights and Civil Rights were conjoined. So there’s something very cyclical about this, we just have more tools and more evidence to show that change has to happen. 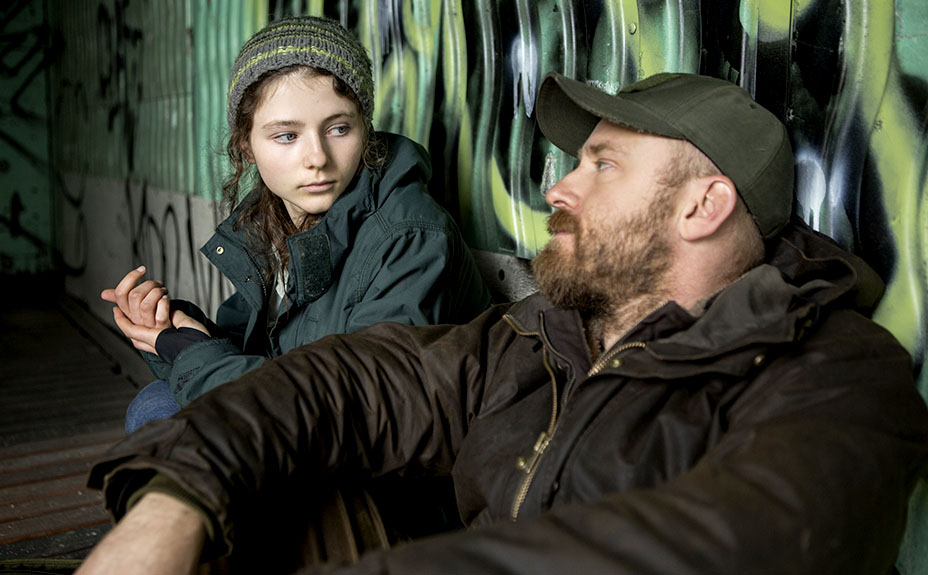 In that vein, what was it like to see Jennifer Lawrence become, not just an in-demand actress, but an outspoken one on the role of women in Hollywood?

It delights me. I’m so glad that she is speaking out because she’s also a very funny person, and humor goes a long way. She has a wonderful sense of humor — she’s sarcastic, she’s witty, and she talks. So I hope she goes further with that aspect of herself. It was so refreshing when she was joined by her older sisters in the industry and spoke out at some of the awards ceremonies in wonderful ways in which there was, I thought, a lot camaraderie around the women who were willing to speak out. It was refreshing to see a younger member of their team be vocalizing very much in her own voice. Power to Jen: I hope she stays on that [cause] and thinking things through as she does.

What particularly about the book My Abandonment was interesting to you to adapt for the screen as Leave No Trace?

The movie that played in my mind as I read it. As readers, we block the whole film in our screens in our heads as we read, and as that happened, I thought, what a distinctive region. I am so repeatedly attracted to regional films [in which] you can feel this place, this forest. And I went from feeling that forest to going to that forest and going, ‘Oh, this is an extravaganza for photography.’ It was filled with textures, forms, patterns, colors — there are 99 shades of green. I thought it was monumental, awe-inspiring. I’m from the East Coast, and so therefore the Pacific Northwest forest is very exotic land to me. My jaw was just dropping.

After that the characters came. They didn’t need to do much to interest me — my sense of wonder was turned up to number ten. Why are they living that way? What motivates them? What part of it works, what part of it doesn’t? What does it take to live like that? How much alienation can you experience and still have a young person in your life before it becomes something that requires an intervention?

So from lifestyle to politics, the book was making me think. And whenever I see a colleague’s film from any country that inspires me to ponder why we do what we do, how we might solve things, what we need, I get very turned on. All these areas — [which becomes] a kind of checklist — the book was ticking the list for me.

You said that you like to make “regional films.” You grew up in the suburbs of Washington, D.C. and live in New York now, correct?

Yes. I find it so hard to make films about my own region, but it could happen. Right now, for the first time, I’ve been filming something that takes place in an [outside] borough of New York so it’s the first time in a long time I’m actually filming close to home.

The reason that I seek out regions, I believe, is that it will keep me on my toes. I won’t be able to operate on assumptions: Once the dialect shifts a little bit, expressions shift and practices shift and I have to be reinvigorated to be my most inquisitive self.

Since it takes you a bit to make and realize your films to completion, how has the meaning of the film changed now that it’s come out in this political and social climate? Have you noticed that audiences are noticing different things in it than when you were adapting it?

Oh yes. Oh yes. [Its contemporary resonance] wasn’t conscious and now it feels like a balm that many people have commented on. They’ve said they appreciate the absence of people wanting to do each other in or people administering cruelty. There is no distinct villain in it, there’s no one out to get this family, there’s no one that wants to see them done in or captured. People really want to see them get what they need, and that was very much borne out of research. That was very much out of going to rural communities and learning about [USDA] FSA and about 4-H. I’m like, my god, in every state of the United States there are teens that want to take incredibly good care of barnyard animals and really respond to them, nurture them and get a lot back from the animal. And social workers, the reason that they choose that field is that they would like to make a difference for someone feeling distress.

So in this era that we’ve entered into, to see good Americans performing good acts because it actually makes them feel better, good or decent is actually, right now we need it, we appreciate it. Bizarrely, how awful to say my film hit at a good time because I don’t want that to be true, and I’d give up my filmmaking career if we didn’t have to have this. But the fact is, yes, that is a response that I’ve heard, and of course I understand it. 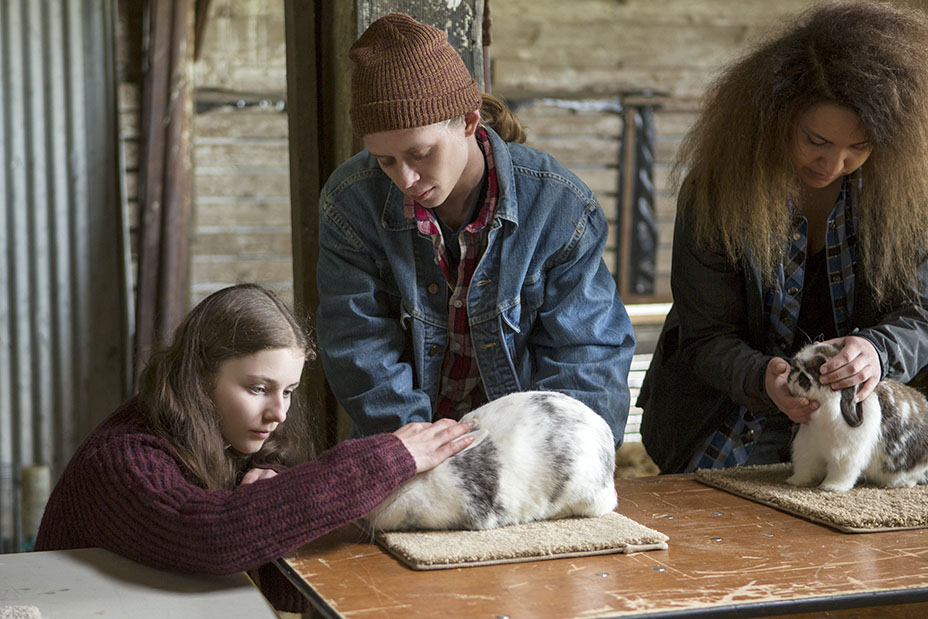