In the 30 years since the Americans With Disabilities Act was signed into law in 1990, only small gains have been made in Hollywood as far as on- and offscreen representation in the industry goes.

Even just a few years ago, “what we were finding was that people were afraid to do disability-related storylines or hire actors with disabilities because they were afraid they were going to do it wrong,” says Lauren Appelbaum, vp communications at the nonprofit organization RespectAbility, which seeks to combat stigmas for people with disabilities. “That fear led to a lot of people not doing it at all.” In response, Appelbaum drafted The Hollywood Disability Inclusion Toolkit, a guide to help creatives and industry execs authentically portray disability onscreen. A year and a half ago, she noticed a shift: “People started to knock on our door.”

Americans with physical or mental disabilities include one-quarter of the population, a 2018 report from the Centers for Disease Control and Prevention found, and represent a $1 billion market segment, according to the U.S. Census Bureau. When including family and close relations, that market skyrockets to $1 trillion, per Nielsen research.

GLAAD’s “Where We Are on TV” study of the 2019-20 season notes that of the 879 series regulars on broadcast, 3.1 percent had disabilities, up from the prior season’s 2.1 percent. Current shows like ABC’s The Good Doctor (Freddie Highmore’s Shaun Murphy deals with autism) and Hulu’s Ramy (actor Steve Way has muscular dystrophy) feature characters with disabilities.

Maryland-based RespectAbility has run trainings for such studios as NBCUniversal and The Walt Disney Co. and has consulted on shows across networks and for Netflix.

“Certainly when I moved to L.A., no one was saying, ‘We need more representation in film and television.’ You were either the butt of a joke or an inspirational story,” Good Doctor writer-producer David Renaud, a wheelchair user, said during RespectAbility’s ADA30 Summit on July 29. “It is a wonderful thing that these discussions are happening now.”

While television is increasing onscreen renderings of disability, albeit incrementally, when it comes to top films, representation may not be on the rise. USC’s Annenberg Inclusion Initiative found that only 1.6 percent of all speaking characters in the top 100 grossing films of 2018 had a disability. With disabled persons making up 25 percent of the population, this was by far the biggest discrepancy between total U.S. population and onscreen representation examined by the study, which included diagnostics on female, LGBTQ, Black, Asian and Latinx portrayals. 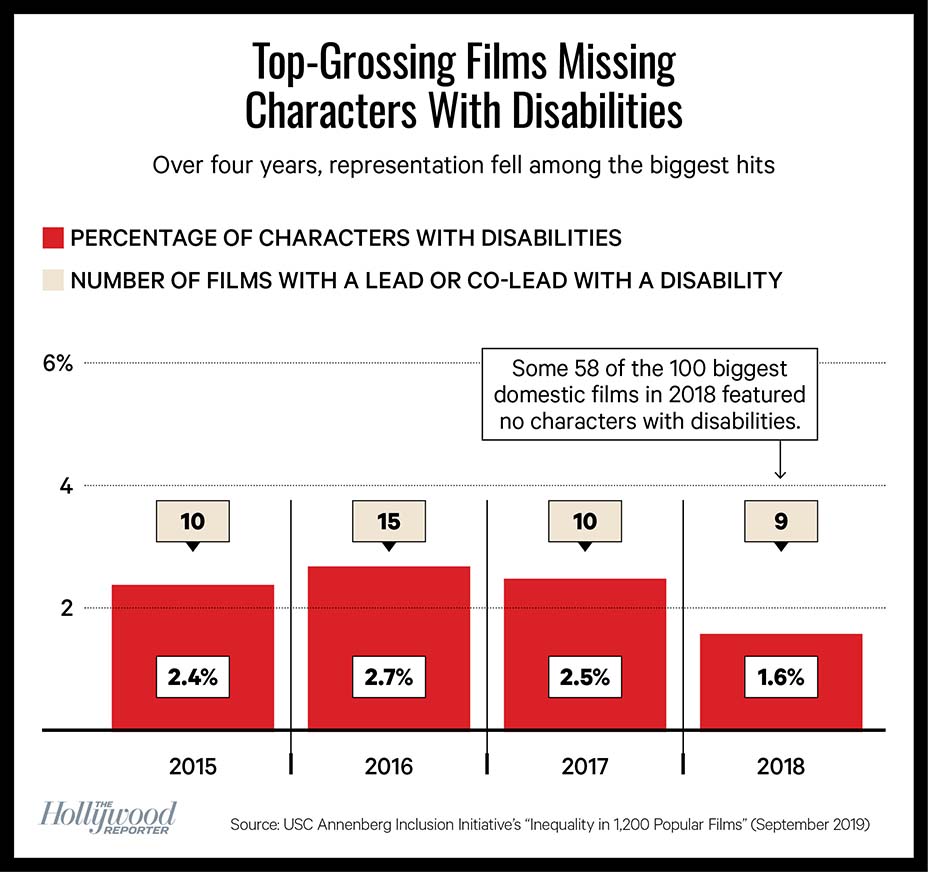 Moreover, authentic depictions in film, where a disabled actor is cast as a character with their disability, are even more rare. (Deaf actress Marlee Matlin earned an Oscar in 1987 for Children of a Lesser God and double amputee Harold Russell won in 1947 for The Best Years of Our Lives.) The Academy has a long history of awarding able-bodied actors for performances that revolve around disability, including Daniel Day-Lewis in My Left Foot, Al Pacino for Scent of a Woman and Dustin Hoffman for Rain Man.

Still, recent successes are being noted by the industry. The Peanut Butter Falcon starred Zack Gottsagen, an actor with Down syndrome, and led the speciality box office for weeks in 2019 on its way to a $22.8 million gross. On July 31, it was announced that deaf actor Nyle DiMarco is developing an indie narrative feature set at Gallaudet, the nation’s leading university for the deaf and hard of hearing.

“They saw the potential and necessity of telling stories in an authentic way — in this case, a deaf story told by deaf people,” DiMarco tells THR of Davis Guggenheim and Jonathan King’s Concordia Studio, which is developing and producing the project. “That isn’t common practice in the industry today, and there are so many great stories to be told through the lens of our community.” DiMarco had two other projects unveiled in July centered on deaf characters, including a Netflix docuseries and a scripted comedy show produced by Daniel Dae Kim.

A behind-the-camera presence will be integral for the industry to systemically become more inclusive. Last year, RespectAbility launched a lab to build a pipeline for people with disabilities to find work in Hollywood. Participants since have been placed across animation, postproduction and development, including a creative executive position at Freeform. (The 2020 lab is being held online.) Also in 2019, the Black List, which annually spotlights unproduced screenplays that often go on to awards runs and box office success, partnered with the WGA and disability services nonprofit Easterseals to create the Disability List — 10 screenplays that feature at least one lead character with a disability. (Submission for the 2020 list are now open.)

RespectAbility is working on a second iteration of its toolkit, expanding the number of disabilities for which the group gives industry guidance. Says Appelbaum, noting the potential consumer power to advocate for untapped stories, “Including people with disability is not a charity thing to do.” 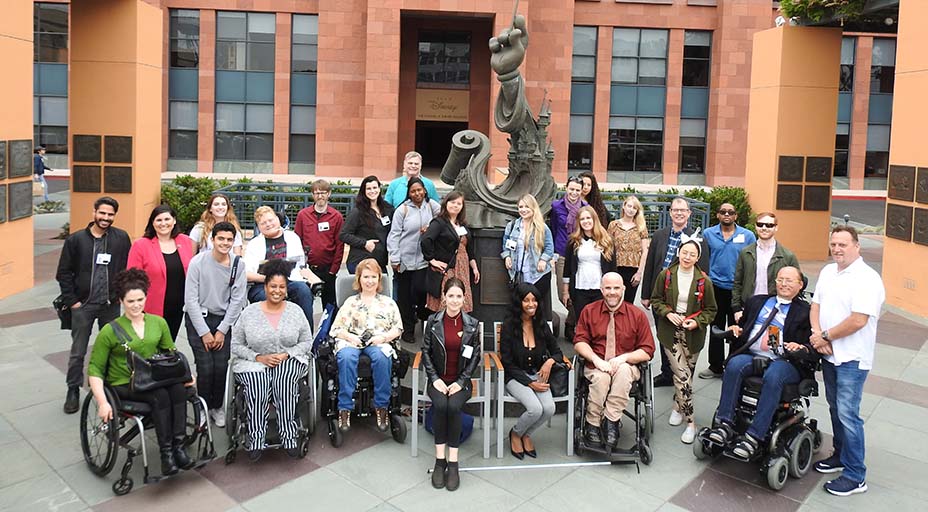