The Walt Disney Co. is reassuring would-be guests to its parks in California and Florida that steps are being taken during the coronavirus outbreak, which has prompted the closure of Disney parks in other parts of the world.

Both Disneyland and Universal Studios Hollywood will not be required to comply with California Gov. Gavin Newsom’s order against large gatherings to counter the spread of coronavirus “because of the complexity of their unique circumstances,” he said Thursday. Newsom noted that he spoke Wednesday with Disney’s executive chairman, Bob Iger, about the situation.

Theaters and casinos are also not required to close, Newsom said. Neither Disney nor Universal Studios responded to a request for comment.

Dr. Pamela Hymel, chief medical officer for Disney Parks, said Disneyland and Walt Disney World are already exceptionally clean destinations, but more is being done in the wake of the growing pandemic.

“As part of our commitment to the health and well-being of our cast, guests and the larger community, we are carefully monitoring the evolving coronavirus situation and are in regular contact with health agencies for information and guidance,” Hymel said Tuesday in a statement. “Walt Disney World Resort and Disneyland Resort are welcoming guests as usual, and we continue to implement preventive measures in line with the recommendations of the Centers for Disease Control and Prevention (CDC) and other health agencies.”

Highlighting the usual cleanliness procedures of the parks, Hymel pointed out certain practices, which includes defined cycles for frequent cleaning and disinfection of targeted areas, access to handwashing facilities and hand sanitizers, and end-of-day sanitation procedures for restroom, kitchen and other facilities.

As of Tuesday, both Disneyland and Walt Disney World were fully operating during normal business hours. It is unclear if coronavirus concerns, which prompted many to stockpile supplies and food, have affected attendance. Disney does not release such figures for its parks. 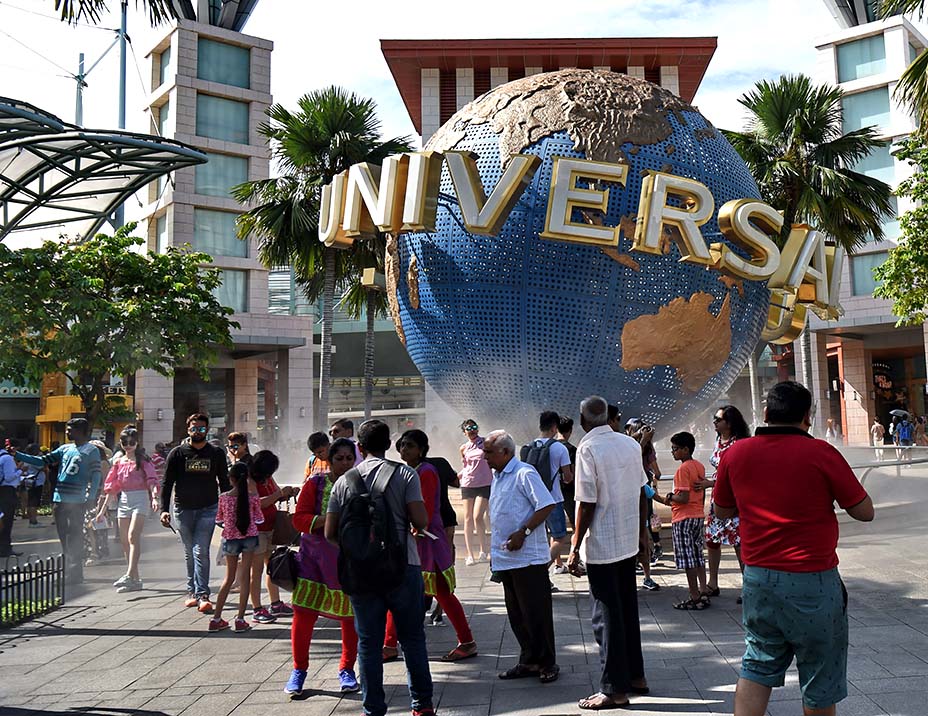 Tom Schroder, a spokesman for Universal Studios, said the health and safety of guests and team members is their top priority.

“We are in frequent contact with health officials, our own health experts and others in our industry and we are closely monitoring the situation,” he told The Hollywood Reporter. “We are communicating with our team members and reinforcing our best-practice health and hygiene procedures.  We are also educating them on basic preventive measures.”

Continued Schroder, “In addition, we are reviewing and enhancing our already aggressive cleaning protocols. And for the comfort and convenience of our guests, we are increasing the number of hand-sanitizer units in our parks. We will continue to closely monitor the situation and be ready to act as needed.”

Shanghai Disney Resort, Walt Disney Co.’s flagship theme park in China, reopened some restaurant and shopping establishments Monday, a tentative step toward the eventual reopening of the full park. However, the theme park itself remains closed, which it has been since Jan. 25 due to the coronavirus outbreak.

The Walt Disney Family Museum — which is not formally associated with The Walt Disney Co. — closed its doors this week after a relative of an employee tested positive for the coronavirus. It is unclear when the Presidio of San Francisco nonprofit, founded by the late Diane Disney Miller, will reopen.

As of Sunday, there were a total of 114 positive coronavirus cases and one related death in California, according to the California Department of Public Health. The state, along with a number of cities and counties, has declared a state of emergency due to the outbreak. There are 19 cases in Los Angeles County thus far.

Coachella, Stagecoach Organizers in Talks to Move Festivals to October Due to Coronavirus