Diversity efforts in Hollywood are starting to pay off, with diversity among first-time episodic television directors on what appears to be a solid upward trend, a study released Thursday by the Directors Guild of America shows.

In the 2017-18 season, 31 percent of such directors were ethnic minorities, up 4 percent from the previous season, and 41 percent were women, up 8 percent during a period that coincides with the rise of #MeToo.

Those figures are roughly triple and quadruple the figures from 2009-10 (12 percent and 11 percent, respectively). And intersectionally, 13 percent of first-time hires last season were women of color, up from just 2 percent eight years earlier.

“True inclusion is not just a single hire or a line in a speech, it’s a commitment that must be exercised through ongoing action, day by day,” said DGA director Thomas Schlamme. “The hiring improvements covered in this report show an industry that’s headed in the right direction today, but also one with a long road ahead to keep up with the increasingly diverse world tomorrow.” 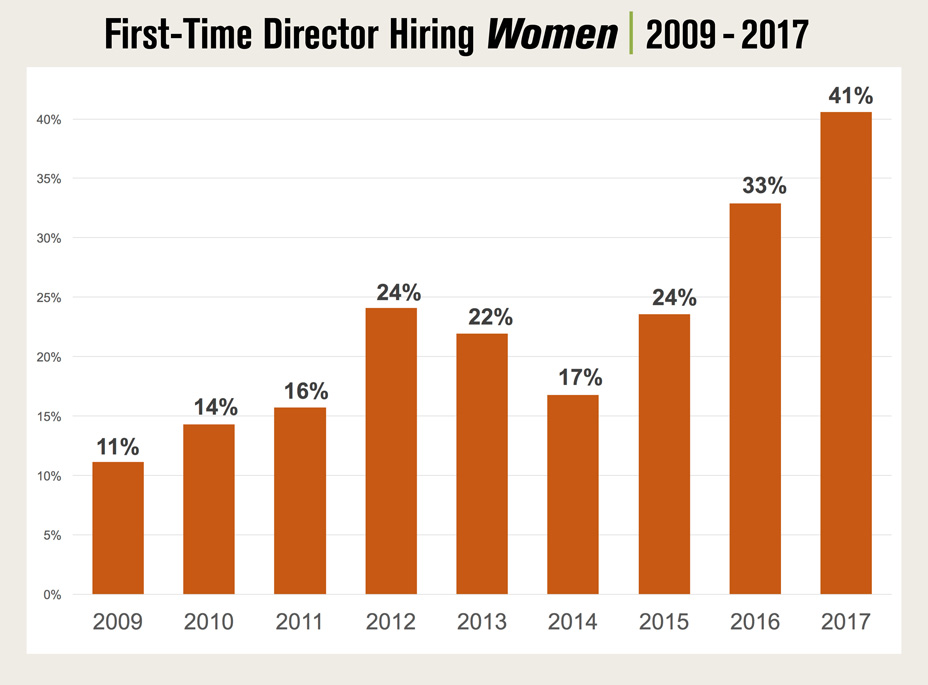 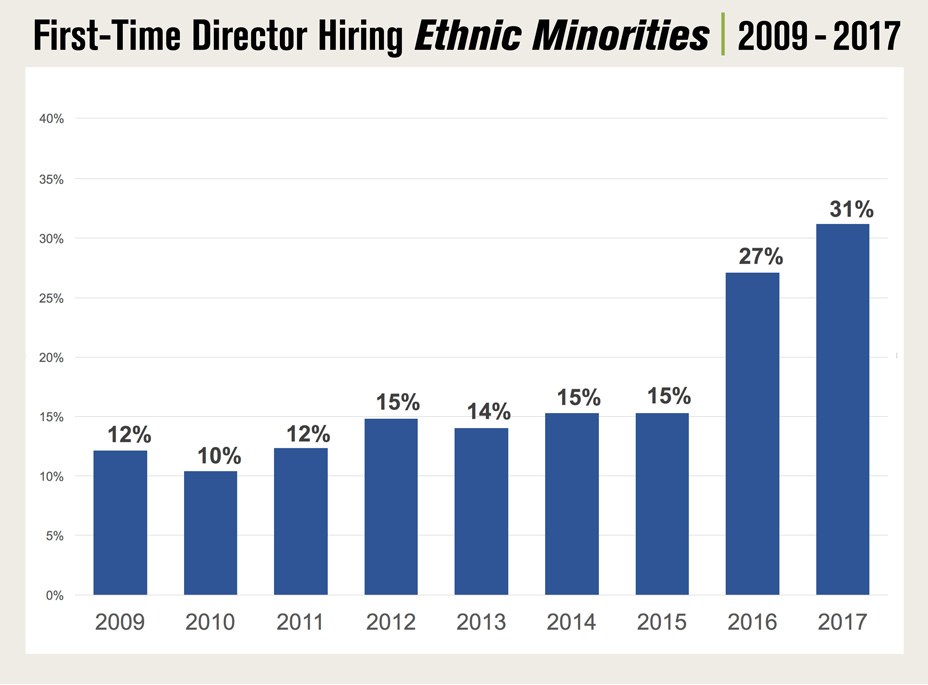 The DGA cautioned, however, that increasing the pool of diverse directors is complicated by the practice of giving directing slots to series-affiliated writers, producers, actors and crew. According to the study, such personnel are much less likely to go on to pursue a directing career by directing other series. And they are a less demographically diverse group as well, when compared with non series-affiliated first-timers.

“While some actors, writers and others connected to a series do pursue directing after a first-break opportunity, the vast majority do not,” said the DGA. “The ongoing employer practice of ‘gifting’ out directing jobs to these series-connected individuals who do not go on to pursue a career as a director has a damaging effect on new and established directors alike. The practice acts as a bottleneck to the pipeline, limiting first breaks for diverse directors.” 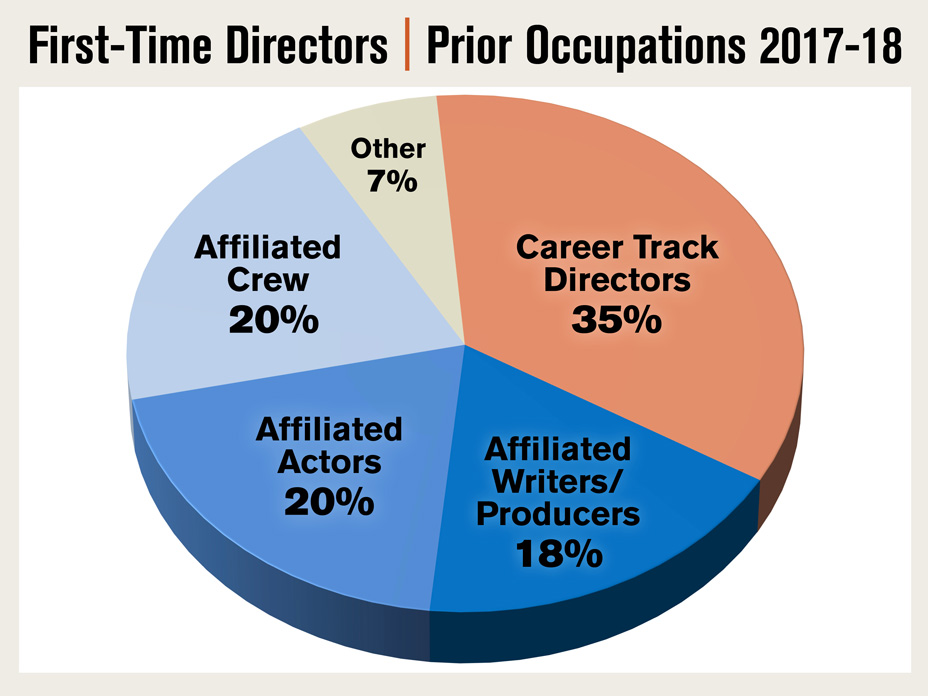 The guild said it has been working on inclusivity for nearly four decades, through efforts that include contract provisions requiring studios to operate TV director diversity programs and all first-time TV directors to attend a DGA orientation; ongoing meetings with studios, networks and individual series regarding their hiring records; publicized reports detailing hiring patterns; and DGA-sponsored mentorship and educational programs.

As the guild has previously noted, studios, networks and producers control hiring of directors; the guild does not. Said Schlamme of diverse hiring: “It’s not just the right thing to do, it is vitally important to keep our industry growing, changing and innovating.”