The Grammy Awards on Jan. 28 took a major tumble in the ratings — down 24 percent from 2017, with the lowest demo numbers in history — but the digits don’t matter to DJ Khaled, who performed his hit “Wild Thoughts” alongside Rihanna and Bryson Tiller on the telecast.

Fresh from touching down Jan. 31 on a private jet in from New York, Khaled — back on the West Coast to help christen the launch of Ciroc Studios, a flagship space sponsored by Ciroc Ultra Premium Vodka inside the iconic Record Plant Recording Studios in West Hollywood at 1032 N. Sycamore Ave. that will serve as a creative hub for local music talent — shrugged off the slip. “I don’t know anything about the show, I just know that I was excited to perform and rip it down … and our performance was trending worldwide,” explained the ever-positive 42-year-old. (He also shrugged off questions about the sexual harassment allegations facing Charlie Walk, his fellow judge on Fox’s The Four who resigned earlier in the day.)

Khaled did explain to The Hollywood Reporter the reason he appeared in the viral “Fire and Fury” sketch on the awards show, which featured the likes of Hillary Clinton, Cher, John Legend, Cardi B and Snoop Dogg reading from Michael Wolff’s unflattering portrait of President Donald Trump’s White House. “James Corden reached out to me,” he said of the personal invitation on behalf of the Grammys host. “I thought it was funny and entertaining, and at the same time, putting a message for the people. So many great icons in that skit, and I was honored to be asked to be involved in it.”

Khaled’s 15-month-old son, Asahd, also had the honor of experiencing the Grammys on his father’s arm, getting up close with superstars like Jay-Z and Rihanna, the latter of whom is his favorite artist. Said Khaled: “My son loves Rihanna, and he had a talk with Jay-Z. That’s what I like doing, bringing my son around all greatness.”

With 1.8 million Instagram followers, Khaled knows his son “is the biggest star, and he has accomplished in 15 months what took me 25 years.” But he’s not eager to cash in on endorsement deals just yet. “We’re very protective of what things he wants to do at this age, but he does have some big announcements coming up,” he teased.

Also on the horizon are more Ciroc-centric projects. As for the new Hollywood space, Khaled praises the vodka partner for giving new artists a real space to learn the craft. “A lot of icons have been in this building. To open the doors to new artists that want to take their talents to another level … the right studio could make their experience better,” he said. “I’m excited about that, because Ciroc is giving people opportunities. In life, all you ever want is opportunity and opportunity to be great. So, this is a great thing, artists having the chance to progress their craft. I mean, hopefully they can make hits out of here and new stars will be born.”

They’d just have to compete with Khaled — and his son. 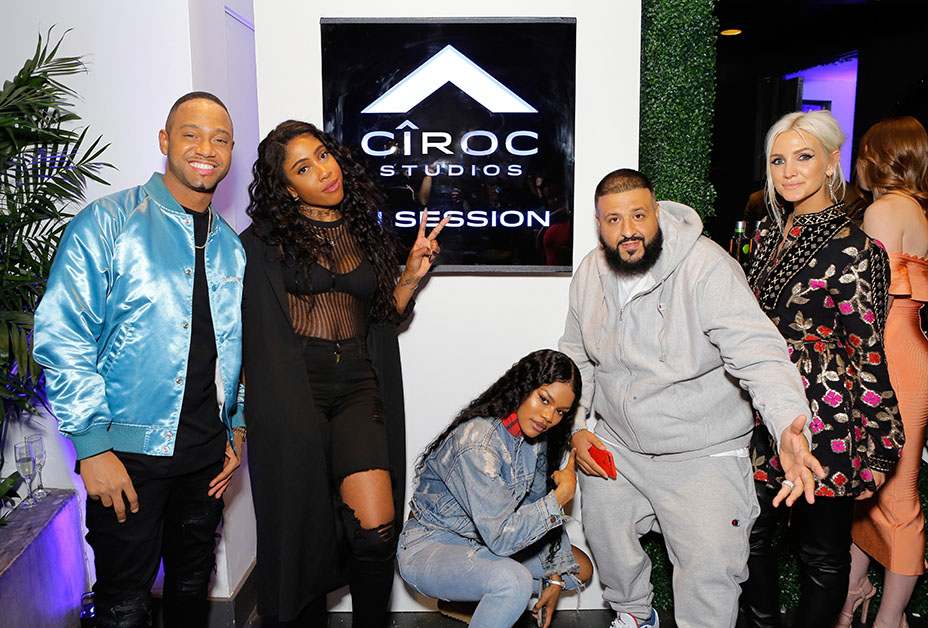 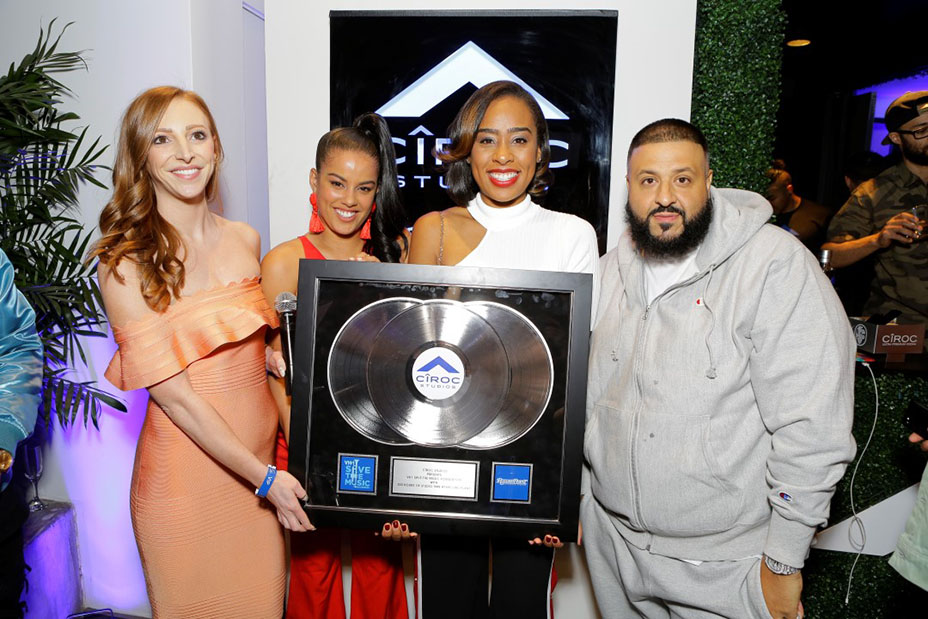