President Donald J. Trump. Children’s TV host Fred Rogers. Supreme Court Justice Ruth Bader Ginsburg. Music master Quincy Jones. Pope Francis. About the only thing all five have in common is that they are all the focus of new documentary feature films, and even that fact doesn’t begin to suggest the wide range of subjects this year’s crop of docs tackle. Individually, several of them have already established themselves as genuine box-office draws, and collectively they will be competing with each other in what is shaping up as one of the most competitive Oscar races in years.

Will the boom continue?

So far, the bar for nonfiction films at the 2018 box office has been set by Won’t You Be My Neighbor?, Morgan Neville’s portrait of Rogers, the Presbyterian minister whose Mr. Rogers’ Neighborhood ran on PBS for more than three decades. Riding a wave of nostalgia, with many reviewers noting that Rogers’ basic decency offers an antidote to our fractured times, the Focus Features release has grossed more than $22 million domestically, a small fortune for a doc.

RBG, directed by Julie Cohen and Betsy West, also found a receptive audience for its look at the trail-blazing career of Ginsburg, the 85-year-old Supreme Court justice who has become a feminist icon; distributed by Magnolia, the doc attracted $14 million at the box office before airing on CNN. Close behind, Tim Wardle’s Three Identical Strangers, the stranger-than-fiction story of three young men who discovered they were triplets who had been separated at birth, took in $12 million for Neon. And though Focus’ Pope Francis: A Man of His Word, directed by Wim Wenders, didn’t fare as well in the U.S., where it pulled in just under $2 million, it collected another $5.3 million in foreign markets.

“We are having a very good year for docs right now,” notes veteran filmmaker Michael Moore of the current documentary boom, adding, “which is ironic, because you can see more docs than ever on Netflix.” In fact, Quincy — which Rashida Jones, daughter of subject Quincy Jones, co-directed with Alan Hicks — is heading to Netflix, although it will make a brief visit to theater to qualify for awards consideration.

Moore’s new movie Fahrenheit 11/9, which analyzes why Trump was elected and how he can be defeated in the future, bowed domestically to $3 million on Sept. 21, as the Oscar winner for 2002’s Bowling for Columbine continues to champion the idea that documentary films deserve to be seen in theaters.

But he also warns that the current doc box-office boom could be short-lived, because he’s seen it before. Moore’s first film, Roger & Me, in 1989, followed by Steve James’ Hoop Dreams in 1994, seemed to kick off a doc wave, making it cool for audiences to see documentaries in theaters, but then that wave petered out. Bowling for Columbine in 2002, followed by Morgan Spurlock’s Super Size Me in 2004, also showed that moviegoers would flock to theaters for the right docs, but that wave soon crested as well — the outsize success of Moore’s Fahrenheit 9/11, which collected $222 million worldwide, notwithstanding.

When Moore wondered why, he recounts, Sony Pictures Classics co-presidents Michael Barker and Tom Bernard proposed a theory to him: They suggested that too many distributors had taken docs that had been produced for TV and simply booked them into theaters in hopes of cashing in. People bought tickets, but then wondered, “This is the kind of documentary I can see on PBS or Netflix; why am I paying $10 for it?”

If the current box-office boom isn’t going to follow a similar trajectory, Moore suggests documentary filmmakers need to show some discipline: Some docs belong on TV, while others are capable of entertaining moviegoers in theaters. “We need theatrical documentaries, and they should get true theatrical runs,” he attests. 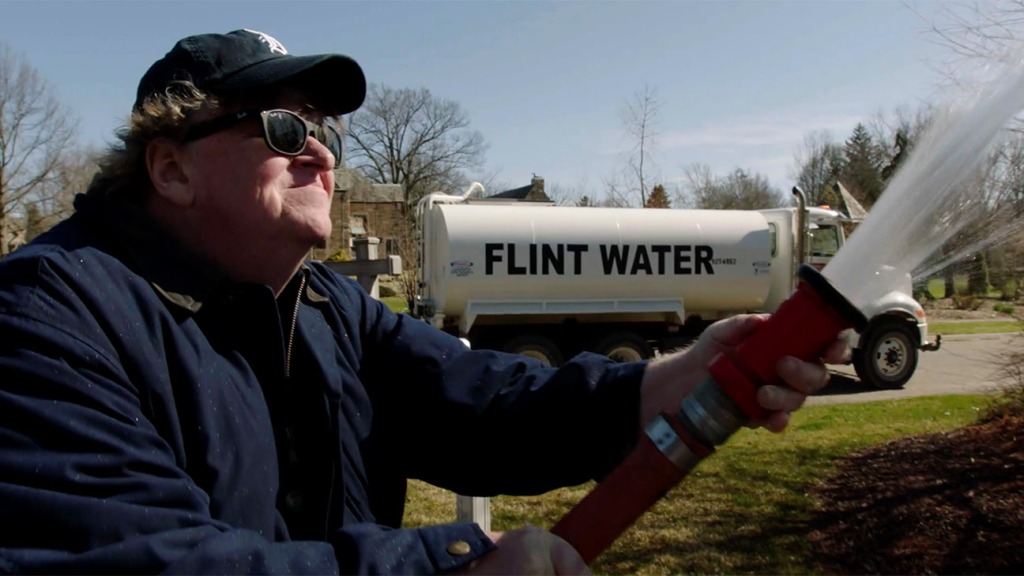