DAVID ROONEY When it was announced that Warner Bros. would premiere Joker at the Venice Film Festival — not as an Out of Competition event, as is often the case for big studio fare — but in the main competition alongside auteur-driven work, it seemed like a risk. But it paid off big time when the movie drew loud cheers from audiences and critics on the Lido, and a jury of cineastes headed by Lucrecia Martel awarded it the top prize. You don’t expect the director of an anti-colonialist mood piece like Zama to anoint a product of the superhero universe that has colonized the world’s screens.

The backlash was inevitable, playing like an echo of the response after Fight Club premiered in Venice exactly 20 years ago and acclaim for the dark David Fincher drama quickly turned to pearl-clutching from pundits fearful that the youth of our nation would be compelled to commit copycat violence. I don’t recall many bruised and bloodied faces around the office water-cooler in the wake of that release, but maybe I wasn’t paying attention.

The ripples of hysteria about the violence in Joker were already audible by the time the Todd Phillips thriller had its North American premiere in Toronto. But is the movie really all that extreme, or are audiences just so inoculated against mass killing by the more cartoonish treatment of most films to come off the DC/Marvel Hollywood conveyor belt that they flinch when confronted with the real thing? The death count in Joker is actually pretty modest compared to many popcorn movies. It’s the fact that this is a character-driven psychological drama, a throwback to the urban alienation thrillers of the 1970s like Scorsese’s Taxi Driver (and his The King of Comedy, a movie Joker even more directly references), that gets under people’s skin. In other words, it’s a real movie with recognizably human characters, not a CGI-heavy cartoon. 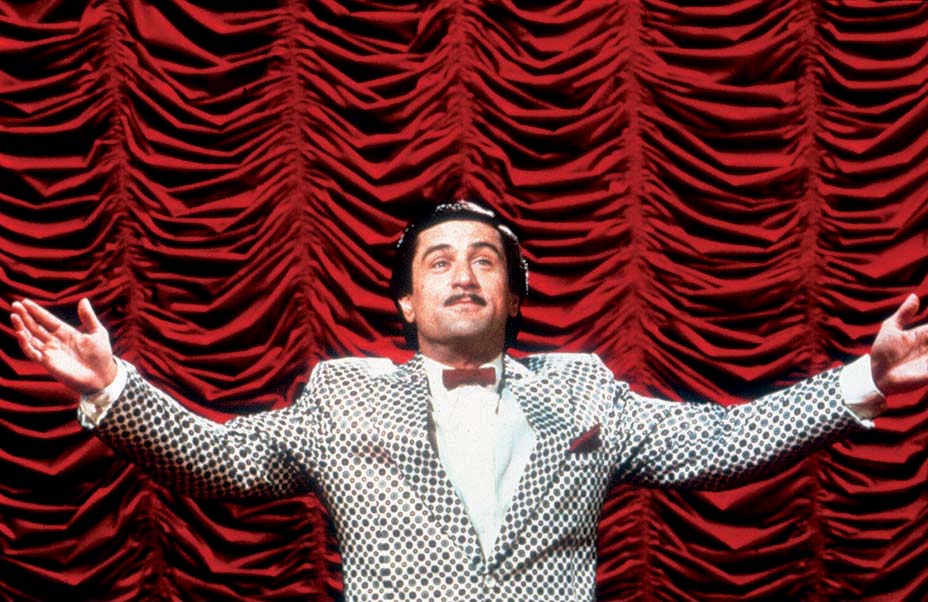 TODD MCCARTHY The first thing that struck me while watching Joker is that it indeed feels like it’s set in the real world, not one populated by cartoon figures. It’s gritty and strongly evocative of New York City during a down and dirty period epitomized by the 8th Avenue porn blocks and overbearing graffiti in Times Square, bearing no visual or tonal kinship to the Batman films of Tim Burton or Christopher Nolan. In this film, Joker lights a fuse that inspires massive mayhem meant to look entirely credible, which is why it has inspired concerned commentary about potential copycat behavior.

Whether it will or not is another matter. Fringe-y/borderline/ticking-time-bomb people are always out there and probably have active imaginations that go way beyond what sometimes pops up in movies. But I’d be dishonest in saying that thoughts of unstable, highly impressionable types with nothing better to do than be inspired by fantasies of anarchy didn’t cross my mind while watching the film. 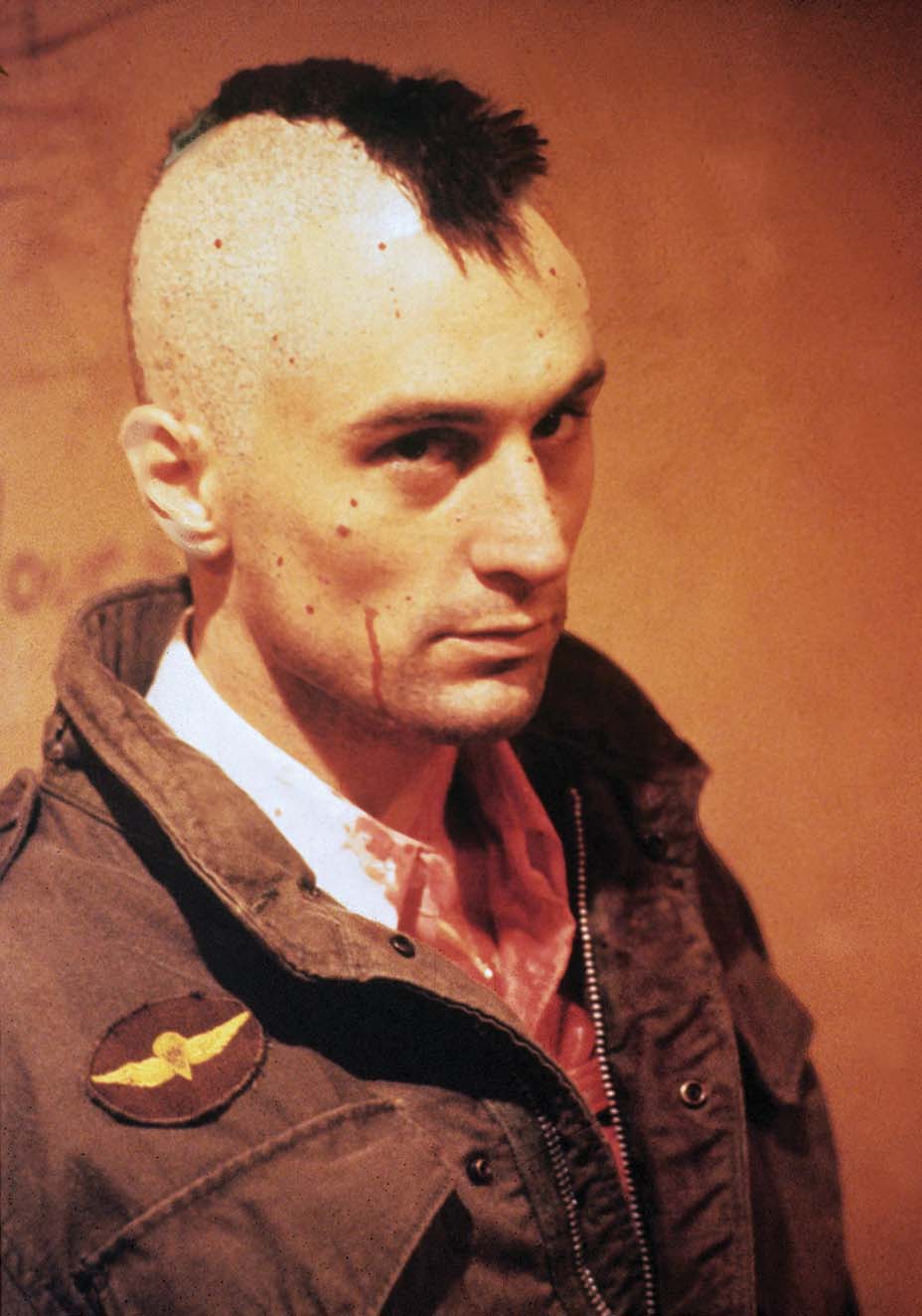 LESLIE FELPERIN Phoenix is so mesmerizing that it’s almost impossible not to be impressed with the movie just as a work of choreography and immersive character building. But over the long haul I felt more resistant, and not only to the violence. There’s something a bit cynical and shallow about the film’s co-opting of the progressive, anti-one-percent sentiment that beats so strong these days. It reminded me, in that way, of V for Vendetta, a film I also disliked even if I, in theory, should have been sympathetic to its supposedly leftist politics. David’s comparison with Fight Club is apt. I, too, remember the debates around that film quite vividly; one of the loudest voices against it was that of the late Alexander Walker, film critic for the Evening Standard, who denounced the film as “fascist” and made the usual fuss that it would inspire violence. 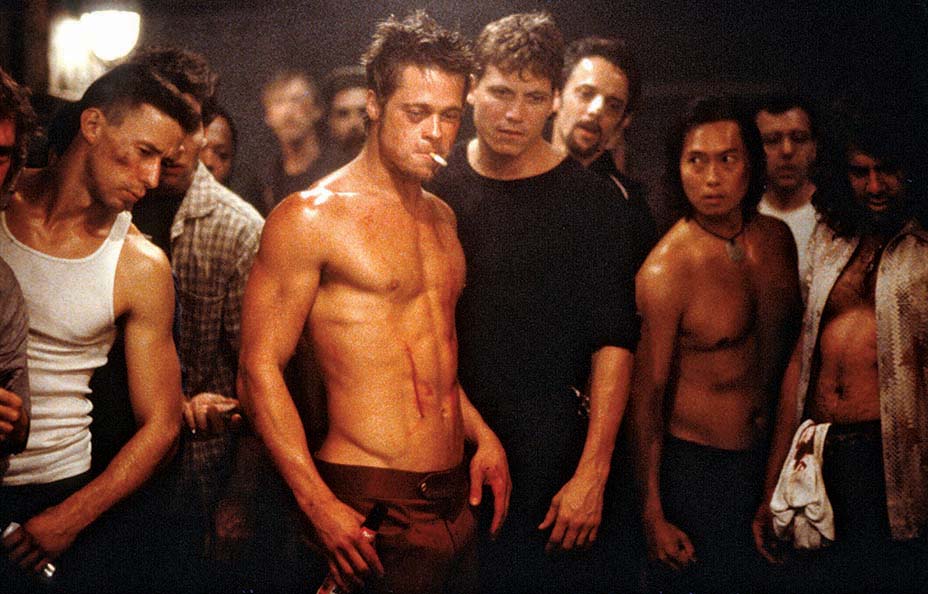 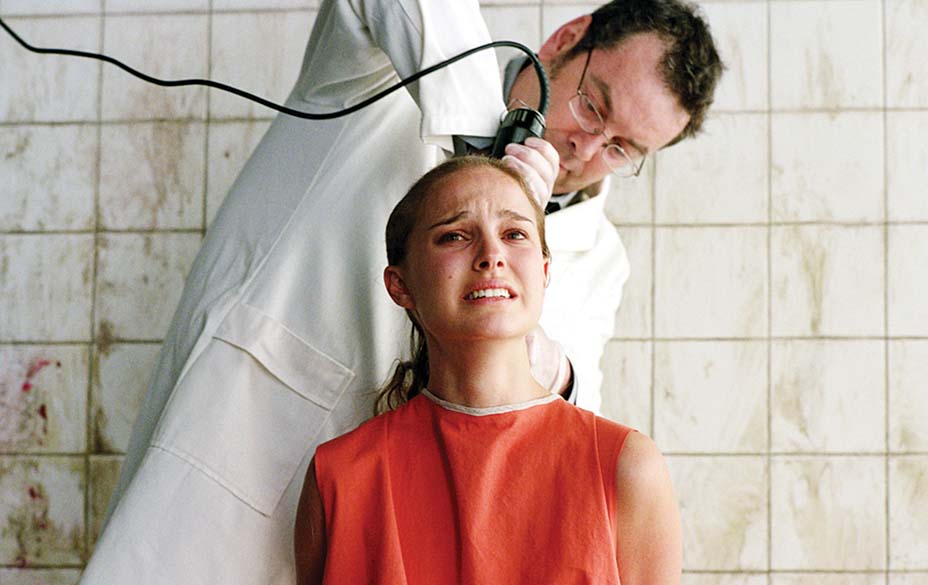 Now, interestingly, the critiques of Joker seem to be coming from reviewers who are left-leaning. David, I agree there’s something fishy about what’s essentially a currently modish conservative talking point about entertainment inspiring copycat violence. But we can’t just blithely dismiss the fact that representation does shape our consciousness, and the way some kinds of violence are shown can make a crucial difference. Because our point of empathy in the film is Phoenix’s troubled Arthur, Joker basically dodges the question of whether we’re supposed to read his acts of violence as redemptive or abhorrent. I’m not sure if the film is obligated to choose one or the other position, and I don’t think Phillips, Phoenix and the creative team really care — they’re mostly just high on their own talent here. But they do leave themselves open to such charges of irresponsibility.

ROONEY I have a problem with calling movies like Joker irresponsible. Sure, it’s provocative to portray — empathetically — the evolution of a disenfranchised misfit into a homicidal maniac whose crimes strike a chord with a citizenry embittered by the widening divide between the haves and have-nots. The fact that it takes place in a recognizable early-’80s New York and not in the stylized fantasy world of Gotham City gives it an even more menacing edge.

But treating Joker like some reckless invitation to vigilantism strikes me — as you suggest, Leslie — as a moralistic variation on that same old sententious rhetoric we’ve been hearing for years from the NRA and Republicans terrified of pissing off one of their biggest donors. Violent movies and video games are not the cause of the nauseating wave of mass shootings and random gun deaths in this country; the cause is the guns. Art doesn’t create the culture, it reflects it. Every advanced nation in the world sees the same movies and plays the same video games, but none has America’s staggering gun violence statistics.

Of course, I’m sympathetic to family members of victims of mass shootings like the Aurora tragedy during a screening of The Dark Knight Rises in 2012. But I can’t disagree with what Phoenix said in a recent interview, that it’s not the filmmaker’s responsibility to teach an audience the difference between right and wrong. If that kind of self-censorship starts being implemented regarding the kind of content and character representation that’s fit to be included in popular entertainment, doesn’t that put all villains off-limits for fear of some nutjob emulating their atrocious acts? No more Hannibal Lecter or Nurse Ratched or Doctor Evil? No more Norman Bates?

MCCARTHY But I think, as we’ve noted here, that the issue is the film’s particular approach. As terrific as their characterizations were, neither Jack Nicholson nor Heath Ledger’s Jokers inspired such widespread concerns. Despite the common origin of these interpretations, Phoenix’s Joker is of another breed altogether — a far more realistic and credible one in being so clearly a product of a miserable life. That’s undoubtedly why this Joker is stirring such nervousness and fears — he’s an all-too-believable head case. It’s the combined realism of his characterization and the grungy New York setting that is giving people pause and making them believe that this Joker could pose a plausible threat where previous ones have not, because they were still cartoon-like.

That said, the film’s realism is, for many of us, its primary strength. So beset by fatigue with superhero films am I that I was very taken by Phillips’ spin on the story — his decision to set the film in a realistic time and place with no typical superhero adornments or superpowers. A hyper-realistic superhero film is perhaps the only kind of superhero film I feel like seeing at this point. By entering his world by a side door Phillips has made a fresh contribution to the genre.

FELPERIN In the end, it may come down to whether you find Arthur interesting as a character. Personally, I find him sort of exhausting after a while and would have been just as happy learning more about his mother (Frances Conroy) or neighbor (Zazie Beetz), because quite frankly I’m a bit bored with endless dissections of the incel, misogynist mindset. I feel especially feisty about this having just watched the recent Netflix series Unbelievable, which approaches misogyny and rape from the viewpoint of female victims and female detectives, and has a bracingly who-gives-a-shit attitude about what motivates the guy who commits the crimes.

I also wasn’t fully on board with the way the film portrays Arthur’s “kind of ha-ha Tourette’s,” to quote David’s review. As the parent of an autistic kid with his own problems controlling impulses in public and distinguishing reality from fantasy, I found the allusions to his disorder really uncomfortable and difficult to parse morally. On the one hand, the film seems to be asking us to empathize with this poor unfortunate soul, but in the end it also says you better be nice to people like him or they can go ballistic if pushed too far. Like some of the outsiders who committed school shootings. And oops, there we go, back to that conservative talking point that the problem isn’t guns, it’s mental illness (even though it’s cutbacks on social services, the kind usually championed by conservatives and libertarians, that is one of the triggers for Arthur’s breakdown in the film).

MCCARTHY I agree with Leslie that it would have been nothing but good to give more time to the female characters in Arthur/Joker’s orbit. And, despite my admiration for the film, one thing I don’t need is a bunch of sequels to this Joker — although I’m already imagining a follow-up in which the character assembles a mass of disaffected ruffians and rebels to take over a portion of New York and up the stakes; maybe they could occupy Trump Tower.

ROONEY Todd, I’m with you in having pretty much lost all interest in comic book movies, a subgenre bloated by oversaturation into an inescapable cultural monolith. Even when there’s a strong case to be made for individual films — like Black Panther or Wonder Woman for their representation of race and gender demographics too long shut out of the superhero echelons — they’re still cogs in the same bombastic industrial machinery. I appreciated this movie simply for giving me something human-scale in a comic-book treatment. Sure, its social commentary might not run deep, but at least it’s psychologically rooted in some semblance of our messed-up reality rather than in disposable escapism.

There’s a part of me that wonders if all this backlash, though, is going to have a similar effect to last year’s attacks on First Man. That was another film that played well in its Venice premiere but was followed almost instantly by a chorus of sanctimonious outrage (mostly from people who hadn’t seen the film), making the ludicrous claim that it was unpatriotic. The director, Damien Chazelle, made the thoughtful — and perhaps commercially audacious — choice to tone down the rah-rah heroics in favor of a fine-grained portrait of Neil Armstrong as a profoundly introspective and humble everyman. The unfounded hostility to that film basically killed its release and then shafted the chances of the movie and of Ryan Gosling’s contemplative performance in the awards races. I hope the same thing doesn’t happen to Phoenix. We’ll soon find out.

A version of story first appears in the Oct. 1 issue of The Hollywood Reporter magazine. To receive the magazine, click here to subscribe.