Donald Glover has had quite the week already, and it’s barely Wednesday.

The 34-year-old uber-hyphenate presented the world premiere of season two of his FX critical darling, Atlanta Robbin Season, at The Theatre at Ace Hotel Monday, and on Tuesday, he held court with revelers like his Solo: A Star Wars Story director Ron Howard at Sunset Tower. Esquire handled the latter event to celebrate Glover’s cover, and to toast the 2018 class known as the “Mavericks of Hollywood.”

A bunch of those independently minded folks descended on Tower Bar where they clung close to heat lamps as Mother Nature hustled in with her own maverick-style move: a cold front that delivered temperatures hovering at and just below 50 degrees. Definitely not the norm in typically lit West Hollywood. Also unique: Glover chased Jay Ellis down the blue carpet as the second boldfaced name to arrive at the event. While Ellis, known for his work opposite Issa Rae on HBO’s Insecure, dressed up in a look by BOSS, Glover walked down the blue carpet just after the 7:30 p.m. start time, looking ready for any sort of weather in a Dolce & Gabbana leather jacket adorned with a heart, butterflies and a giant 69 on the back.

Glover greeted Ellis, who was quick to praise the maverick man, someone who showed up on time to his cover party. “A maverick is someone who is a game-changer,” Ellis said, fresh from the set of Silicon Valley where he’s shadowing comedy guru Alec Berg to sponge some of his directorial talents. “Someone who digs in and stands on firm ground, specifically in this industry in telling authentic and relatable stories that have themes that spread across humanity regardless of race, religion, sex, sexual orientation. People who just dig in and stand their ground, especially right now. Donald Glover is someone who 100 percent exudes that.”

Over his shoulder, Glover posed with Esquire editor-in-chief Jay Fielden and publisher Jack Essig. The three then made their way inside Tower Bar, but not before taking a pit stop next to an outdoor heat lamp that was almost as popular as Sunset Tower maitre d’ Dimitri. Almost.

Kay Cannon could have used a coat while walking down the carpet, but instead she relied on her Windy City DNA. “I’m from Chicago, so the cold is bringing back all sorts of good memories,” laughed the comedy vet, who is prepping for the release of her directorial debut, Blockers. “It’s making me think of all the times that I would call home and brag to friends and family, ‘It’s 75 degrees here.’ There’s no bragging tonight.”

Mike Medavoy arrived with wife Irena Medavoy and the duo also expertly handled what it means to be a maverick in Hollywood. “Someone who breaks the mold,” Mike said. “Someone who is ahead of the pack, and different.”
Darren Criss showed up (in BOSS) after the Medavoys and claimed association in two packs Tuesday night by double dipping, showing up the Esquire party after making the rounds at newly christened downtown L.A. hot spot Nomad, which hosted a rival men’s mag party. GQ celebrated cover star (and, you know, the youngest Oscar nominated actor in nearly 80 years) Timothee Chalamet. The Call Me By Your Name star also happens to be an Esquire Maverick, just like Ryan Coogler, Christopher Plummer, Dan Fogelman, Greta Gerwig, Dacre Montgomery, Sterling K. Brown, Mike White, Jason Blum and Ronan Farrow. (Full list here.)

Irena, wearing a “Come Together” t-shirt, said the whole list deserves to be celebrated because of who oversaw the selection process. “We love Jay Fielden and we love Esquire,” she gushed. “Jay represents a maverick. He’s extraordinary and he understands how Hollywood works and that’s why we’re here.”

Clifton Collins Jr. said he showed up to spend some time with his actor pals, some of whom he never gets to see outside of being on set. Prime example: Collins Jr. was spotted catching up with Westworld pals Jimmi Simpson and Angela Sarafyan. “You work, sometimes, 18 hours a day and count on each other for these emotions and circumstances and challenges,” he says, noting that he pulled a maverick move by driving himself to the party (in a Porsche 911 Targa) and would still make it home early to stay on a workout regimen for a new film project. “With Westworld, it’s such a giant ensemble and we love each other, but we don’t always get to see each other. These parties create opportunities to run into friends and catch up.”

Cannon not only caught up with her own memories of bitterly cold Chicago, she also looked back on meeting a young aspirational talent named Donald Glover back in the day. “The first time I saw him, he was pretty much still a teenager in college. We were at Upright Citizens Brigade and they did this show asking the audience for volunteers to come up onstage. Donald put his hand up and jumped onstage. I remember thinking, ‘that guy is really cool.'”

Cool is how they ended up working together on 30 Rock, sharing an office and, thus, spending a lot of time together over the years. “He always had a very specific voice and he works crazy hard, so I’m not surprised at all to see him doing what he’s doing,” she praised, before joking about the time she watched Magic Mike XXL hoping not to see someone who was like her ‘little brother’ taking his clothes off. (He didn’t.)

Terry Crews was a very comfortable individual, decked out in a green corduroy blazer and paired up with wife Rebecca King-Crews. “This corduroy would not work in any other weather other than this, and I feel very nice and toasty,” purred the Brooklyn Nine-Nine star. “I feel good.”

Nate Berkus, a recent California transplant, was feeling good about his definition of a maverick. Not so fast. “Since we’re two small decorators who just moved to Hollywood, we thought we were mavericks, but apparently that’s not correct,” he quipped, referring to him and partner Jeremiah Brent. But seriously though, he’s got it down: “Mavericks are people who paved the way and in our climate politically, economically, socially, its more important than ever for people to have their voice. I don’t think you have to be famous and you don’t have to live in Hollywood to be a maverick. You can be a student in Florida and be a maverick as well.” 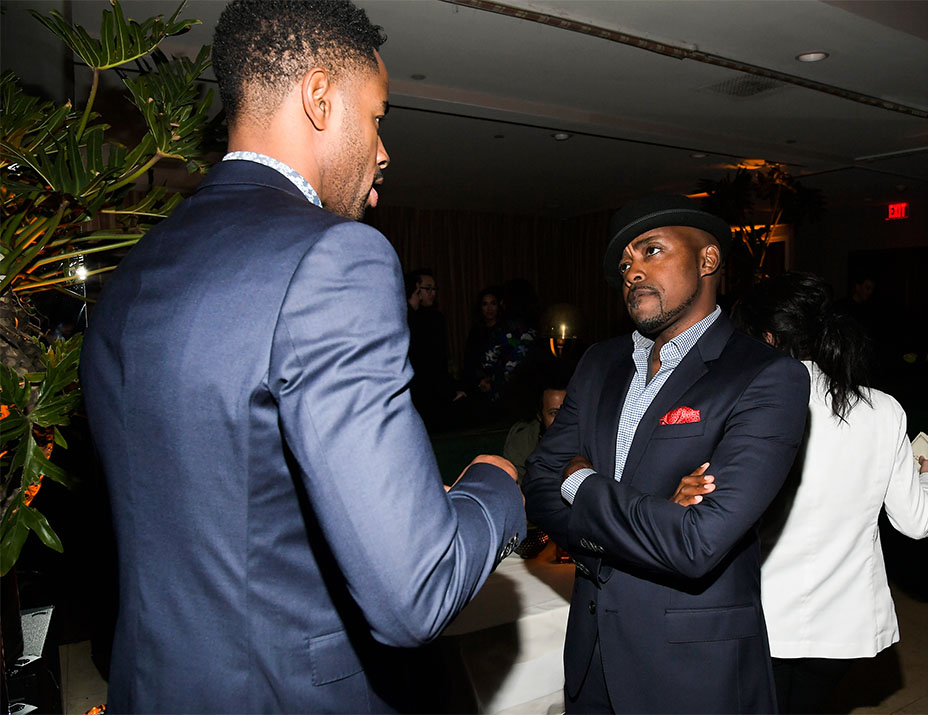 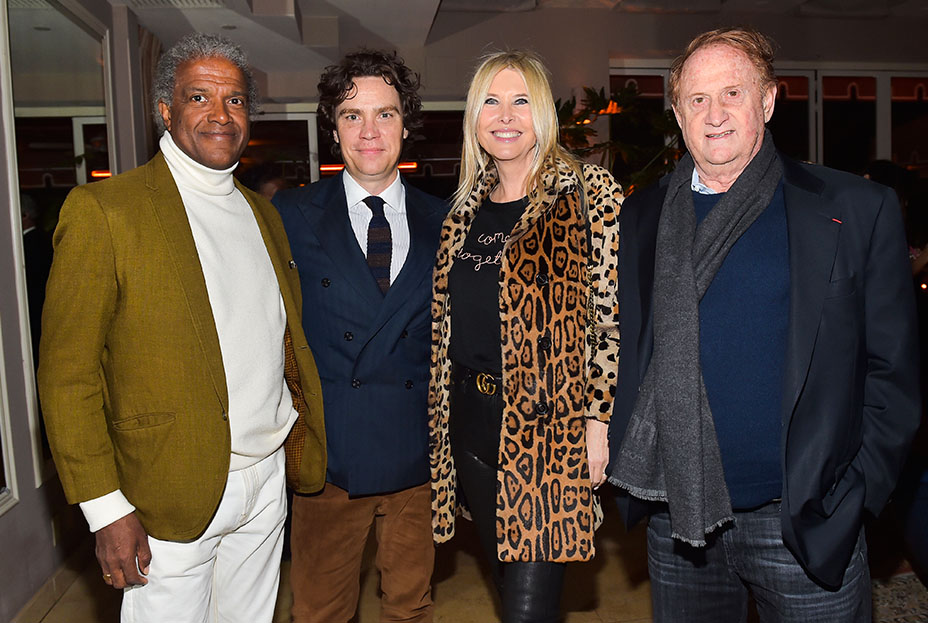 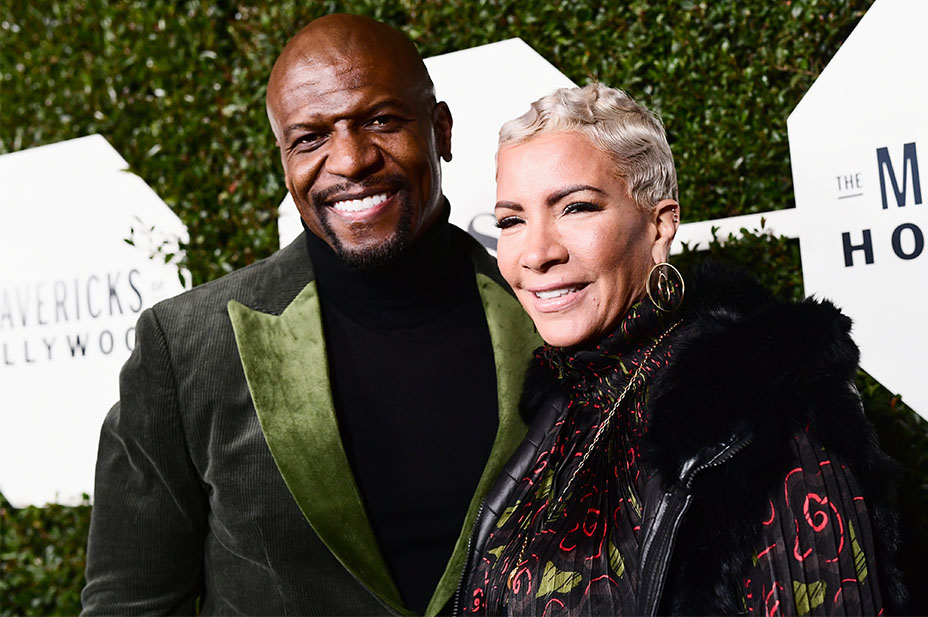 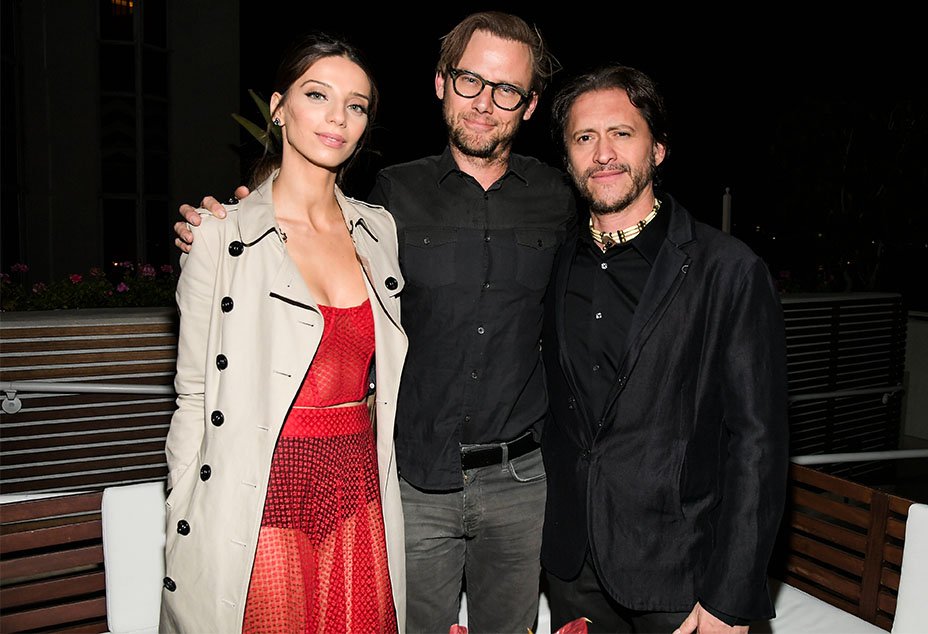 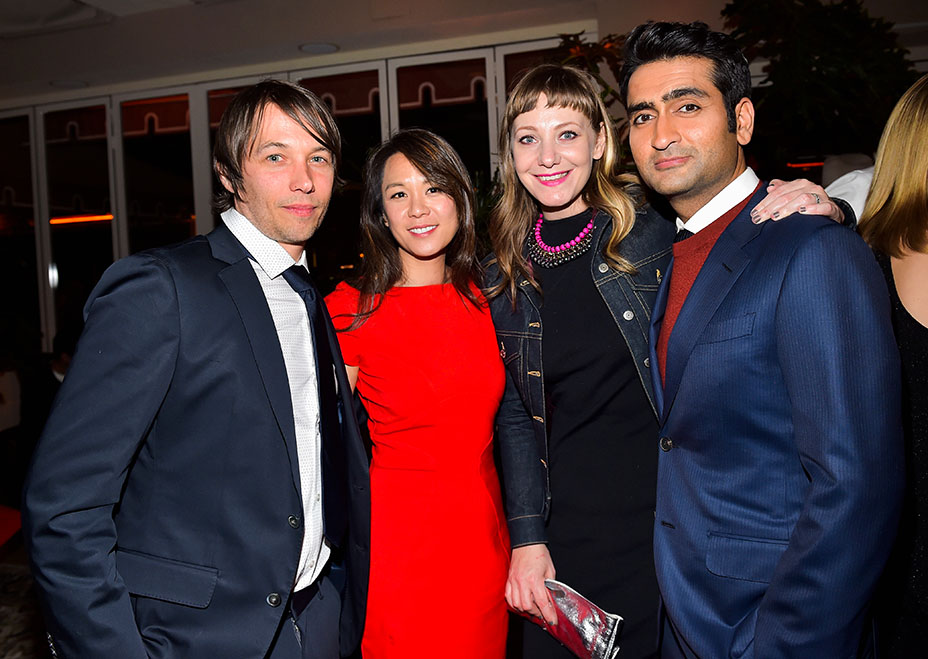