September’s fractured fashion week in Paris saw reviewers split on the virtues of couture Crocs (Balenciaga), sexual politics (Dior) and yet another reboot of a storied French house (Givenchy). Yet the designer Dries van Noten sailed through once again to uniform raves.

He won with his trademark calm presentation, unfettered use of color and ornamentation at a time when everyone needed a lift, and flair for the idiosyncratic — this season using the mundane jolie madame print silk scarf as a cleverly placed and highly original motif. Yet he also gave the Instagram crowd what they needed, with a beauty look that incorporated sparkly Swarovski crystals in neat rows across the models’ eyelids and down the parts in the girls’ hair.

It seems apt, then, that after 30 years in the business and more than 100 highly memorable men’s and women’s runway shows (remember the runway as dining table?) that fans of the designer and students of fashion history now have a nuanced look behind the scenes at the work and personal life of the designer with Dries, a new documentary by German filmmaker Reiner Holzemer. 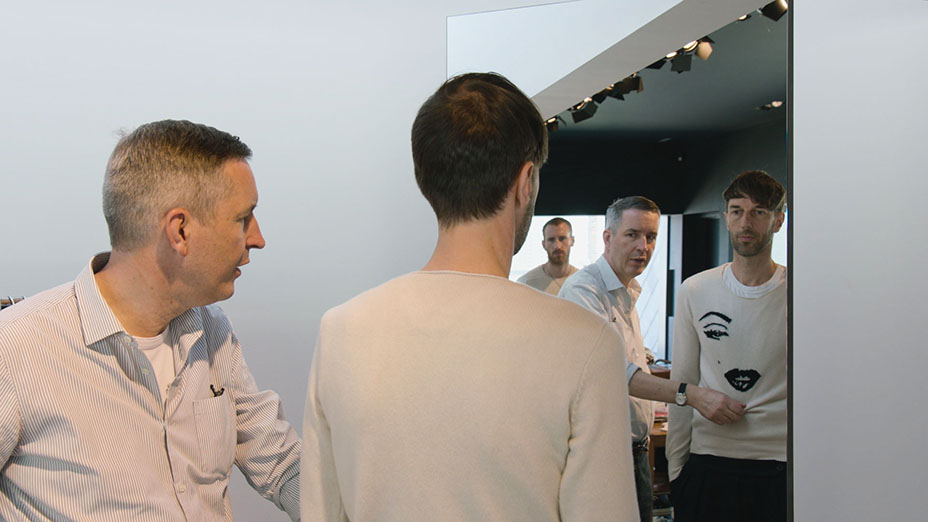 “I love to do my job and I think it was a good thing to show a bit about the the procedure of creating beautiful fashion because there are so many other things out there about the glamor and the jet set and all those things,” van Noten says Wednesday afternoon at New York’s Bergdorf Goodman, still amiable even after a couple of hours of signing copies of the weighty two-volume monograph Dries van Noten: 1-100 (published by Lannoo) that his admirers were lugging in the tote bags thoughtfully included with the book.

The night before, the Bergdorfs hosted the U.S. of the documentary at the trendy Whitby Hotel, where the audience included Instagram influencer Margaret Zhang, Vogue’s Tonne Goodman and Phyllis Posnick, stylist Nicoletta Santoro and perfumer Frederic Malle. After a limited release this month, the documentary will be available on iTunes and DVD beginning Nov. 14 and on Netflix in January. 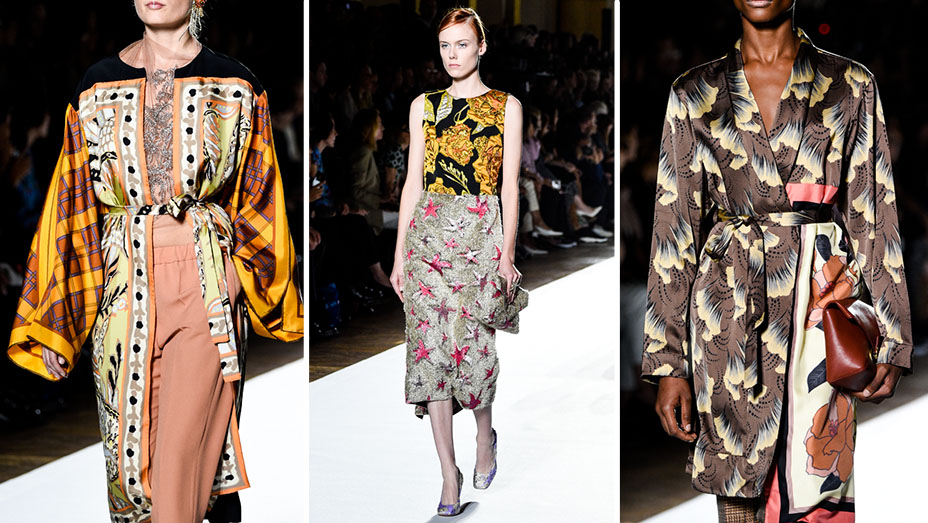 “The thing is, of course, we gave full liberty to Reiner,” adds van Noten about opening up not only his working hours but his personal life to filmmaker Holzemer. “It was quite uncomfortable sometimes but that’s the reality.”

That reality takes the viewer from van Noten’s glass-walled headquarters in Antwerp, seemingly always surrounded by gray skies, to his stately home in the Belgium countryside with acres of his beloved gardens. Scenes of the designer building looks with his team and developing motifs for his always-distinctive fabrics (with side trips to India and Como, Italy shown for good measure) are interspersed with segments portraying his home life, as he arranges just-picked flowers on a desk to complement the colors of a tapestry covering an adjoining chair, and prepares picture-perfect vegetables for a midday meal. And nearly always in the frame, both at work and at home, is the man he shares his work and home life with, Patrick Vangheluwe. 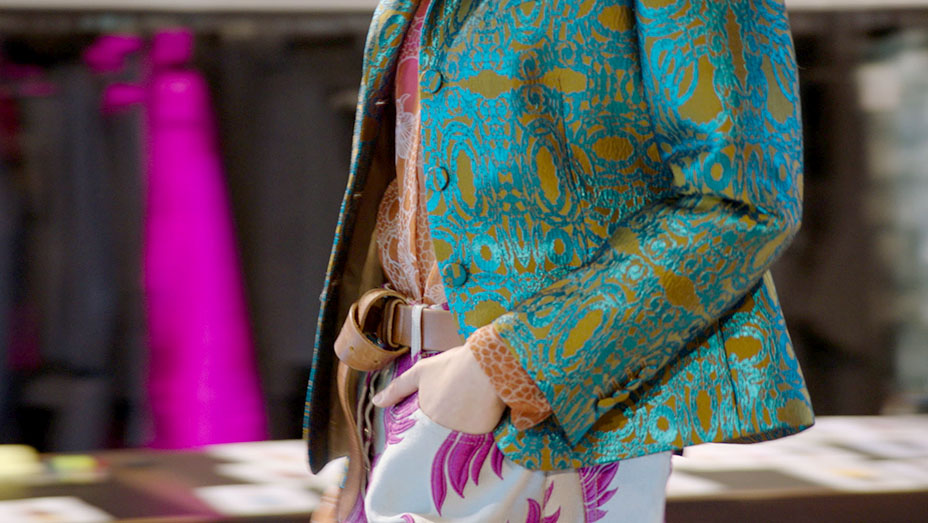 “It was very important that it was Reiner’s vision of our relationship, the way that I work, and the house and the garden because they are so much a part of what we are doing and they are a part of us,” says van Noten. “It wouldn’t have been honest to say you can film in the office but you can’t film us privately.”

The film charts van Noten’s progress from a young student in the ‘80s (with punk headband tied around his forehead) among his cadre of fellow designers known as the Antwerp Six, to his first men’s shows and later his debut women’s collection for Spring 1994, when he took his floral silk garments and threw them in the washing machine to get the effect he wanted. It put him on the map, drew raves and buyers galore, and even Madonna, at her worldwide peak, was photographed in one of the dresses from that collection.

There are hits that followed, like the Winter 1996 “Bollywood” collection that featured a brash Indian color palette, a shock at time when the prevailing aesthetic was Helmut Lang-influenced black, white and flesh tones. And misses like the collection for Fall 2001, with uncharacteristically harsh clothes presented in a concrete theater. It was a disaster at retail.

“Fashion had changed, the models weren’t smiling anymore. The romance was gone,” he says. Big conglomerates were snapping up design houses and van Noten, reeling from the recent death of his business partner, wondered if he should take one of the many offers that came his way. “Then I said, ‘No, I am not going to sell. No, I’m not about the whole accessories move, bag, shoes, product.’ That went against everything I stand for — craft and and an easiness in fashion.” 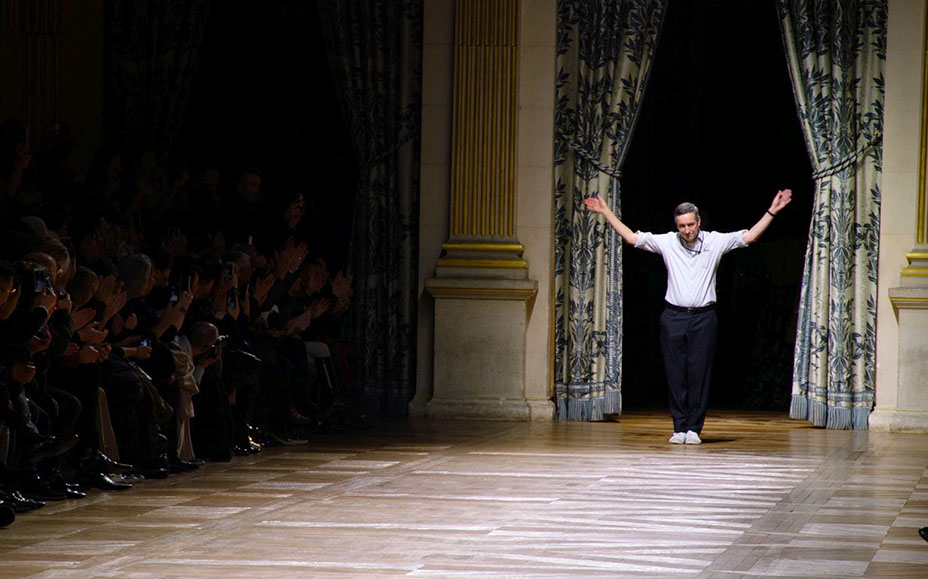 In the years since, van Noten has been a happy outlier, his clothes, as fashion critic Suzy Menkes says in the film, have a consistency that suits a variety of women. “But the consistency is yours, you choose how to look,” she explains. “You’re not climbing into a corset and wearing someone else’s look.”

That variability has brought him Hollywood currency as well, with idiosyncratic dressers like Julianne Moore, Cate Blanchett and Maggie Gyllenhaal, who wore van Noten’s blue brush stroke gown for the 2010 Oscars.

“We dress a lot of celebrities, but we don’t pay them or send the clothes there,” he says. “When they wear our clothes, it’s because they like them and just buy them in stores like everybody else.” 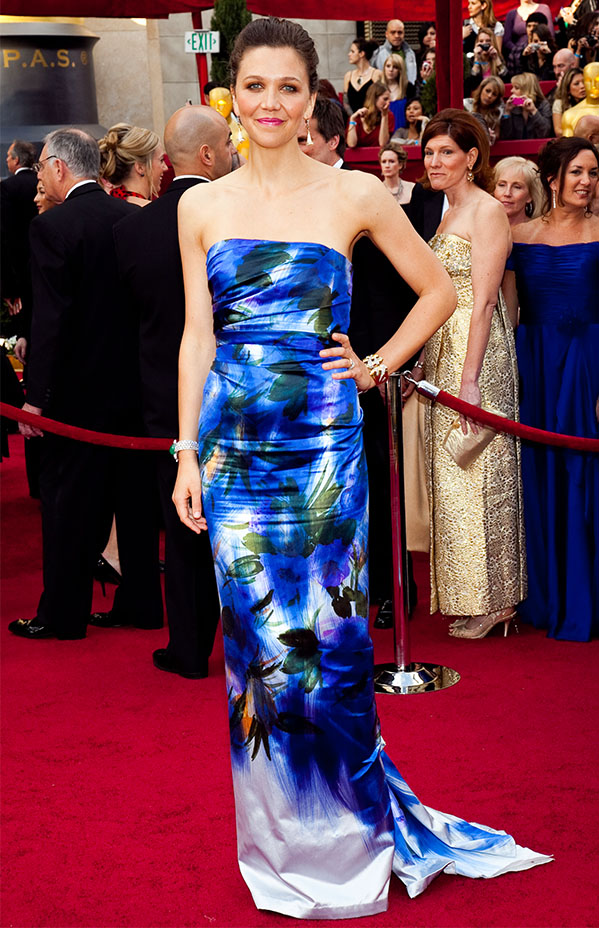