Dungeons & Dragons aficionados will have a chance to return to the fan-favorite Forgotten Realms setting next year, with IDW Publishing launching an all-new miniseries that takes place in the fantasy world, Dungeons & Dragons: A Darkened Wish.

The Forgotten Realms setting has been part of the Dungeons & Dragons mythology since 1987, when the novel Darkwalker on Moonshae was released one month ahead of the first Forgotten Realms Campaign Set. The setting would go on to become one of the most popular D&D settings, and be adapted across multiple media, including novels, comic books and video games.

The new five-issue series will be written by B. Dave Walters and illustrated by Tess Fowler.

“I’ve been adventuring in the Forgotten Realms for a long time and having the honor of contributing to that world is incredibly exciting,” Walters said Thursday in a statement about the project. “I can’t wait to show the fans the power and intensity of a truly epic D&D story!”

Fowler, who recently completed a run on Kid Lobotomy, published through IDW’s Black Crown imprint, added, “I have dreamed of making Dungeons & Dragons comics since I was 12 years old, but A Darkened Wish is beyond anything I could have hoped for. Working with B. Dave Walters on this project is the coolest.”

The series follows a young wizard, Helene, as she and her friends journey from the island of Mintarn to unimagined adventures as years of peace come to an end at the hands of a threat no-one saw coming. Beyond Helene and crew, the return of “legendary heroes” is also teased for the story.

Dungeons & Dragons: A Darkened Wish is set to launch in February. Below is Fowler’s cover for the first issue. 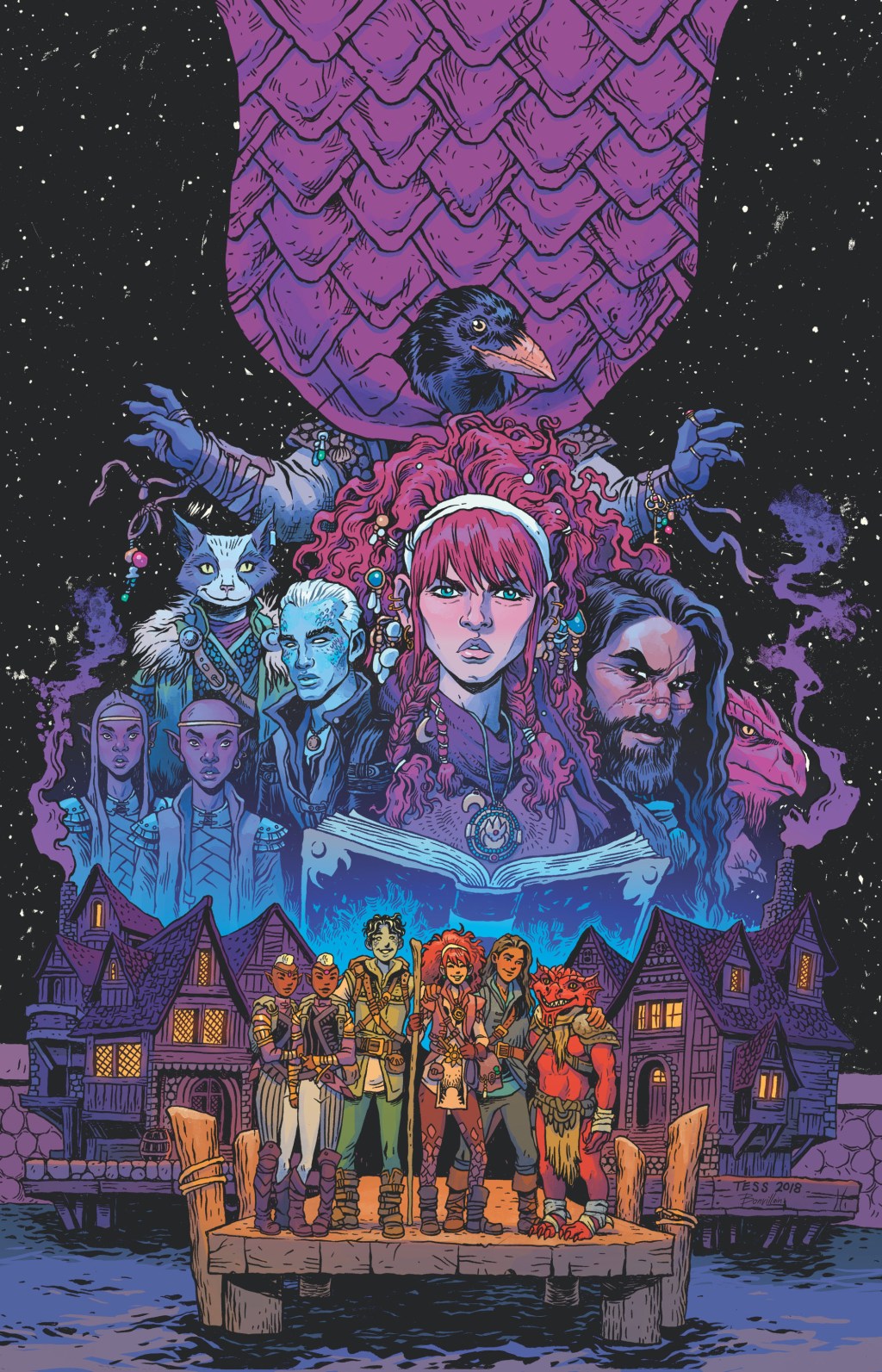