Edward Lewis, who helped break the Hollywood Blacklist by employing Dalton Trumbo on Spartacus and shared an Oscar nomination with his wife, Mildred Lewis, for producing Costa-Gavras’ Missing, has died. He was 99.

Lewis died July 27 at his home in Los Angeles, his daughter Susan Lewis told The Hollywood Reporter. Mildred died April 7 at age 98, Susan also revealed, and she was his “indispensable partner” for 73 years as they worked together on movies, musicals and novels.

Edward Lewis also produced or executive produced nine films directed by John Frankenheimer, including the classics Seven Days in May (1964), Seconds (1966) — he hired blacklisted actor John Randolph on that one — and Grand Prix (1966).

For Spartacus (1960), Lewis arranged for Trumbo to write the screenplay, based on the 1951 novel by Howard Fast (like Trumbo, Fast also was blacklisted), with the producer serving as Trumbo’s “front” as he presented the script to Universal Studios. (The screenwriter had been writing under pseudonyms for years.)

Only after Universal had spent $8 million making the movie did Lewis reveal the true author of the screenplay. When the studio agreed to the proper credit, Trumbo wrote that Lewis had “risked his name to help a man who’d lost his name.”

Spartacus star Kirk Douglas, who executive produced the film through his Bryna Productions, also receives a wealth of credit in getting Trumbo his due. Lewis, however, did not go to any lengths to publicize his role. “It was part of his dignity and the values that he had,” his daughter said.

Other Lewis-produced films written by Trumbo included The Last Sunset (1961), Lonely Are the Brave (1962) — those two, like Seven Days in May, starred Douglas, too — and Executive Action (1973).

He and his wife produced Missing (1982), which starred Jack Lemmon and Sissy Spacek and earned writer-director Costa-Gavras an Oscar for adapted screenplay. The thriller won the Palme d’Or at Cannes but lost out at the Academy Awards to Gandhi for best picture. 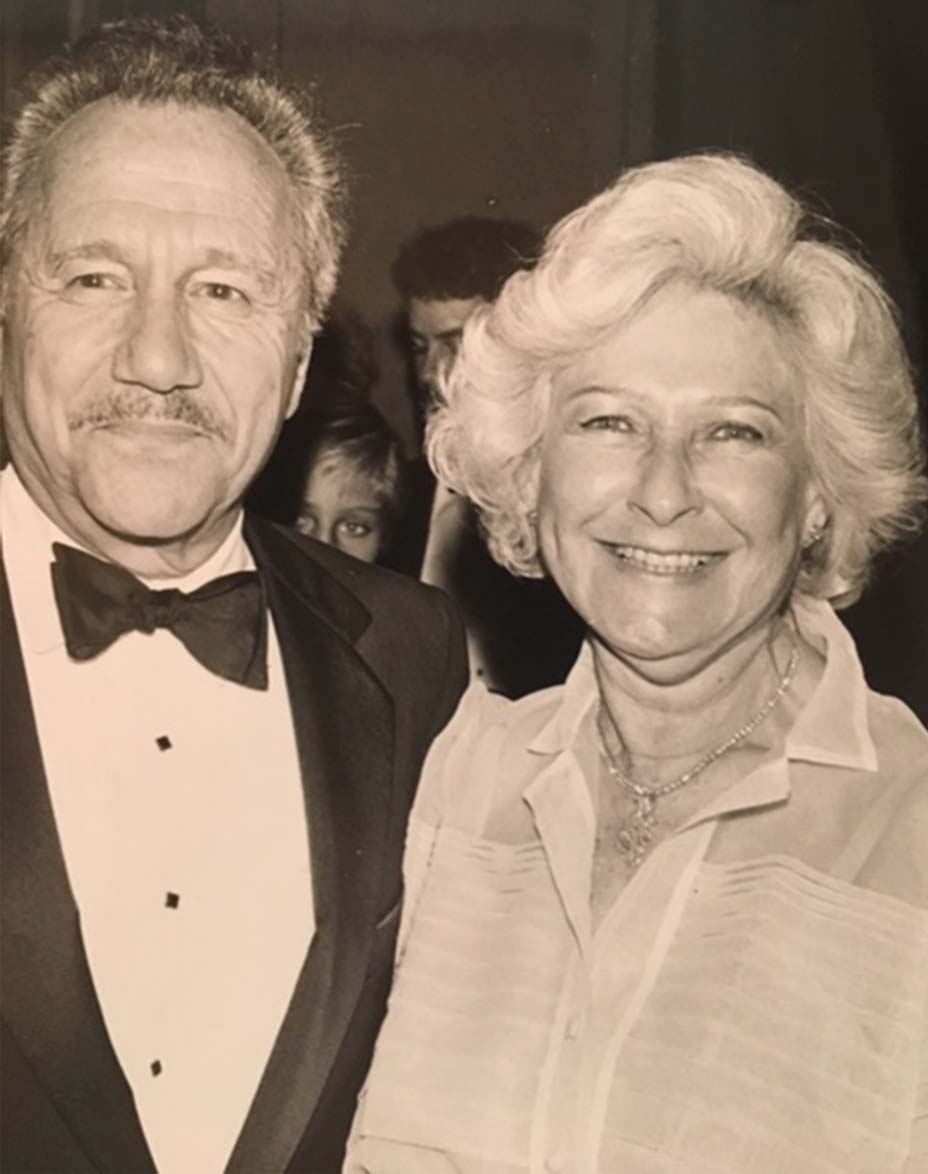 Born on Dec. 16, 1919, in Camden, New Jersey, Edward Lewis at age 16 entered Bucknell University, where he competed as a boxer and wrestler and belonged to the Jewish fraternity Sigma Alpha Mu. After a brief stint in dental school, he served as a captain during World War II.

Moving to Los Angeles after the war, he married Mildred in 1946, and they collaborated on the screenplay adaptation of Honoré de Balzac’s The Lovable Cheat (1949), featuring Buster Keaton. (Edward also co-produced the movie.)

In 1952, he produced 20 installments of the pioneering CBS anthology series Schlitz Playhouse.

With Mildred and in consultation with Angela Davis, Lewis wrote the screenplay for Brothers (1977), a fictional account of the George Jackson story that starred Bernie Casey and examined racial injustice in the American prison system.

He also authored, with Mildred, the books Heads You Lose (2002) and Masquerade (2006), as well as several plays and musicals. One, Ring-a-Ring-a-Rosy, was awarded the Harold Prince Musical Theater Prize in 1995.

Edward and Mildred were actively involved in civil rights causes, working with Cesar Chavez to facilitate the establishment of the United Farmworkers of America’s headquarters in La Paz, California and organizing a Hollywood Bowl fundraiser for the 1968 Poor People’s Campaign.

Avid travelers and art collectors, they loaned part of their collection to LACMA for exhibition.

In addition to Lewis’ daughters Susan and Joan, survivors include sons-in-law Robert and David and grandchildren Maya and Lewis.