When Edward Norton read Jonathan Lethem’s book Motherless Brooklyn in 1999, he says he was “immediately struck” by the protagonist, Lionel Essrog, a detective with Tourette’s syndrome. Thus began a 20-year effort to bring Lethem’s book to the big screen, thanks in part to Norton’s desire, as both writer and director on the project, to transpose the novel from 1990s era New York to the 1950s. The result is a period drama — made for a lean $26 million — with all the trappings of a classic noir. The plot sees Norton running afoul of a powerful New York political figure (Alec Baldwin) while attempting to solve the murder of his mentor (Bruce Willis). He’s aided in the endeavor by Gugu Mbatha-Raw, who co-stars as a young black lawyer. Her character, given the socioeconomic realities of the era, allowed Norton to examine how “a lot of enormous institutional corruption and racism essentially baked itself into the fabric of modern New York permanently.” The film, which Warner Bros. will release domestically Nov. 1, screens at TIFF on Sept. 10, 11 and 15.

When did you acquire the rights and start work on this film?

At the time I had just gotten off of making American History X [1998] at New Line. They said, “What do you want to work on next?” and I said I read this book and I would love to take a crack at it. Those guys helped me acquire the rights to it. I said to them at the time it wasn’t something that I was going to jump on right away. I was heading into Fight Club [1999] and I knew that was going to take a year or more, and I had another film I wanted to direct. I think I said to them, “I may put this on the shelf for a bit but I will get to it eventually.” … Toby Emmerich has to get some kind of award for patience and support of an artist for the years in which he continued to coax me and draw it out of me.

The novel is set in 1999, but your version is set in the ’50s. What prompted this decision?

One part of the impulse was simply that Jonathan’s characters are written in a very 1950s hardboiled detective style. I told him that I think that film is very literal and that if we try to make a film about the ’90s in Brooklyn with guys acting like ’50s gumshoes, it will feel ironic. I didn’t want it to be ironic and he agreed with that. The second big part of the impulse was that I have always wanted to look at what happened in New York in the mid-’50s. I felt like that was the period when a lot of enormous institutional corruption and racism essentially baked itself into the fabric of modern New York permanently. A lot of what we still struggle with in New York and a lot of what we are seeing in the political landscape today was taking place in a very subversive way back then.

How did you prepare for a role in which you have Tourette’s syndrome?

The thing about Tourette’s syndrome, it’s expressed in people in highly individualistic ways. Some people have vocal components and some people only have physical twitches. You can tailor it to the things that you find compelling for the character. There are a couple of great documentaries about people who suffer from Tourette’s, there are great articles and books, and I met a couple of people who had particular characteristics that I thought were compelling and I modeled on. 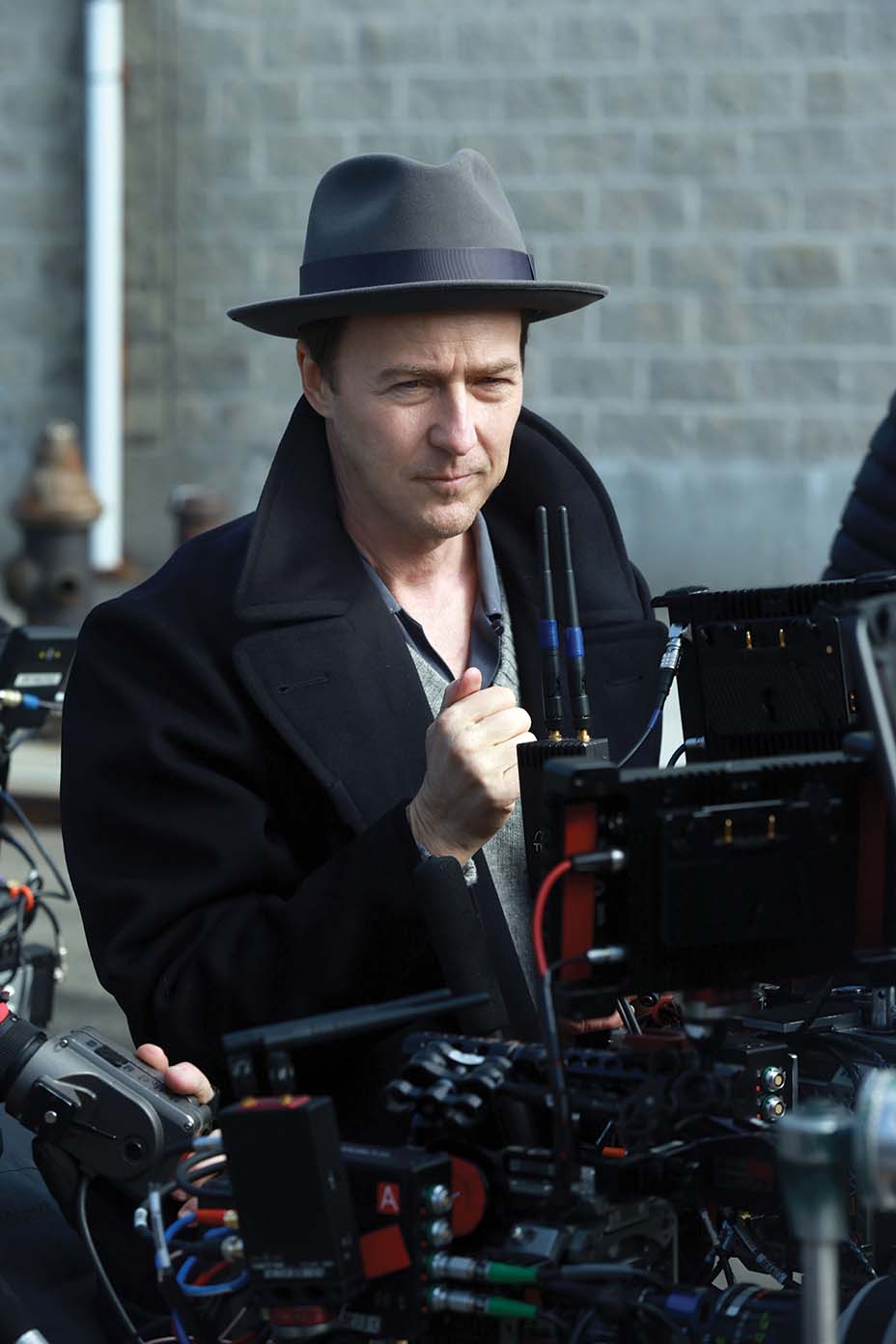 Tell us about casting Gugu Mbatha-Raw as Laura Rose.

In lots of ways in the film, we work to subvert what I would call noir genre conventions. Laura appears to be possibly like the sort of femme fatale you would come to expect in The Big Sleep or The Maltese Falcon, but she reveals herself to be in some ways a person with whom Lionel can relate because she is not seen for what she really is. She is a black woman in the mid-’50s who is a lawyer, but everybody thinks is a secretary. Gugu was perfect to me for it because she is super talented, classically trained, has this terrific bearing and gravitas, but she’s not so well known where you would know what to expect from her.

Can you talk about the film’s music? Daniel Pemberton composed the score and you also had Radiohead’s Thom Yorke write a song.

Daniel is truly a prodigy. I told him that I wanted [the score] to reflect Lionel’s strange mind, and Thom Yorke was writing the song and Daniel had this vision of a classical jazz language and sense of theme and melody, but then twisted through an almost modernist approach. He did a lot of strange things on this film with looping sax sounds and taking jazz instruments and reversing them and creating this counterpoint between this ominous fractured layer with these beautiful melodies.

This story first appeared in The Hollywood Reporter‘s Sept. 8 daily issue at the Toronto Film Festival.