Continue to The Hollywood Reporter SKIP AD
You will be redirected back to your article in seconds
Skip to main content
February 27, 2019 5:30am

On Dec. 30, 2018, two women joined 70,000 other Seattle Seahawks fans to cheer their home team to victory. According to court documents, what transpired on that otherwise ordinary night should disgust us all.

From the start of the game, a man seated nearby began badgering the two openly gay women. He taunted them in front of the crowd. He asked them if they “needed a man in their lives.” He called them “fucking dykes.” He asked them if they “wanted some dick.” They tried their best to ignore him and watch the game as he left to buy beer. The relief was short-lived.

He returned to his seat, walked up to one of the women, unzipped her jacket and grabbed her breast — refusing to let go. As she struggled to free herself, he threw a beer in her face. Other fans tackled the man to the ground, but not before he punched the woman’s wife in the face. He broke her tooth, blood gushing from her nose. We, as LGBTQ+ people, are forced to fear for our safety because instances of hate violence, like the violence these women experienced in Seattle, happen. They happen to us all the time.

It’s the fear that makes us pause before grabbing the hand of our loved one in public. It’s the fear that makes us consider whether or not we are in physical danger before we lean in for a kiss on the cheek. The conversation around Jussie Smollett has led us all to examine hate violence and its implications and aftermath. I had no reason to doubt Jussie. My work on Gaycation — the docuseries I produced to chronicle LGBTQ+ stories from around the world — introduced me to many survivors of hate violence. I know how prevalent and pernicious it can be. If this situation was staged, it could make victims even more reluctant to report these crimes. Very real crimes.

While the media and public debate the case and await more information, we must not lose sight of the very real, endemic violence that LGBTQ+ people, people of color and other underrepresented communities face every day.

I ask you not to question our pain, not to draw into question our trauma, but to maintain, wholeheartedly, that hate violence exists. The merits of one case should not and cannot call that into question. The media coverage does not convey the reality and totality of the cruelty and danger we face. This is the story that must be told. 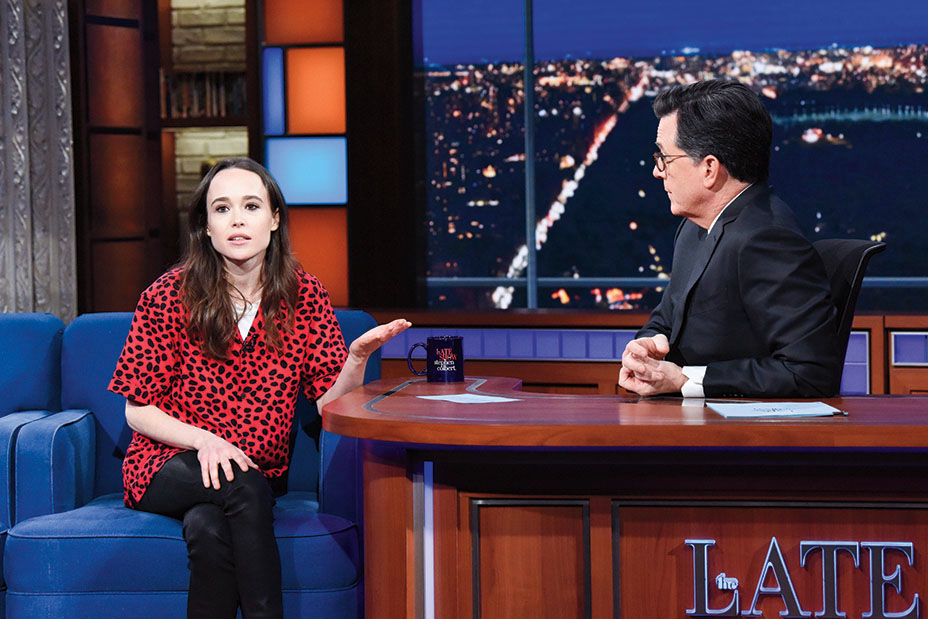 My work and advocacy have taken me around the world, and I’ve had the opportunity to meet LGBTQ+ people who bravely face inequity and violence in their communities on a regular basis. To the extent that my visibility and experiences can give voice to others who don’t share my privilege and opportunity — and because I take the trust and platform I’ve been given so very seriously — I must speak. As a queer but white cisgender woman, I benefit from the protections and safety that my income and status afford me. But I do not and have not escaped the threats of violence and the very real acts of violence and harassment that threaten and endanger our community and other underrepresented people. I endured bullying and sexual violence as a child and teenager on the street and in my professional life. My heart breaks for the people I’ve met who cannot protect themselves and who are objects of scorn, hatred, discrimination and violence because of the social and political context in which they live.

Hatred toward otherized people is institutionalized here and across the globe and reinforced by political rhetoric. FBI data released in 2018 shows reported hate crimes in America rose 17 percent the year prior, the third consecutive year of escalation. In fact, the most recent study from the National Coalition of Anti-Violence Programs reported the deadliest year on record for the LGBTQ+ community. The statistics are plentiful and powerful and all point to a rising tide of hate violence.

When the rhetoric we read and the hate speech we hear comes from our politicians, our media and entertainment, our neighbors and families and our religious leaders, we internalize the pain in damaging, self-defeating ways. We are wary and afraid to report hate violence. We lose hope as we continue to be victimized. The cruelty, the hate and the words manifest shame. According to the Centers for Disease Control and Prevention, lesbian, gay and bisexual youth’s risk of suicide is almost five times greater than that of their peers. In a study published by the American Academy of Pediatrics, more than 50 percent of transgender male teens who participated in the survey reported having attempting suicide, while 29.9 percent of transgender female teens and 41.8 percent of nonbinary teens said they attempted suicide. The American Journal of Public Health has reported that each moment of anti-LGBTQ+ verbal or physical abuse raises the chances of self-harm by 2.5 times. Cruel words and laws and beliefs cause real suffering.

Queerphobia/transphobia is violence perpetrated on our children, our families, our friends and neighbors and the forgotten among us who have no voice. We all have to work together to end the normalization of anti LGBTQ+ sentiment and rhetoric.

No child, no teenager, no adult — no one deserves to be victimized because of who they are. No one should feel shame for who they were born to be or to live their life in fear. I am going to use my voice and visibility to continue speaking and — as storytellers and members of an industry with a global platform — I implore you to join me.