Emma Chamberlain has long embraced the trend of wearing loungewear, way before everyone else has seemingly started to become familiar with the phrase “business casual” while working from home.

“I’ve always been somebody who loves to be comfortable,” says Chamberlain, an 18-year-old YouTube creator known for her hoodies and cool sense of style, adding that she recalls wearing pajama pants to the mall with friends when she was a kid.

The content creator knew how to dress for the camera long before Zoom video meetings were in, considering her job is filming videos of herself at home to share with her nearly 18 million combined YouTube and Instagram followers.

Chamberlain tells The Hollywood Reporter that the best way to nail work-from-home streetwear, or what she calls “quarantine fashion,” is pairing sweatpants or a fuzzy jacket with a nice T-shirt or hoodie. “The key with being comfy is matching,” she says. “As long as the clothes aren’t form-fitting on my body, I’m wearing it.”

Chamberlain has been relying on light blue and light pink tie-dye sweatsuits, as well as her staple gray sweats, while self-isolating with a friend for two weeks. “I have seven different shades of gray sweatpants with a vintage T-shirt and call it a day — maybe a tank top, if I’m feeling a little bit crazy,” she adds.

For Zoom meetings, Chamberlain suggests a vintage sweater: “They’re more interesting and it’s nice to brighten up the Zoom with a nice, bright sweater.” But be sure to check for stains when going on camera with a colleague, she says: “The one thing I’ve noticed is that deodorant marks on black tops show up a little bit extra on the Zoom camera. … It is a real problem.”

She encourages people to use the time at home to shop in their closet and DIY some old pieces to turn them into something new by cropping them or tying them. “It’s so much more useful to use this time to do something creative, and so if you can, gear your energy toward evolving your fashion sense,” says Chamberlain, who recently attended Louis Vuitton’s Paris Fashion Week show on March 3 (since then, the coronavirus outbreak has caused upcoming resort shows, men’s shows and haute couture events to be canceled). 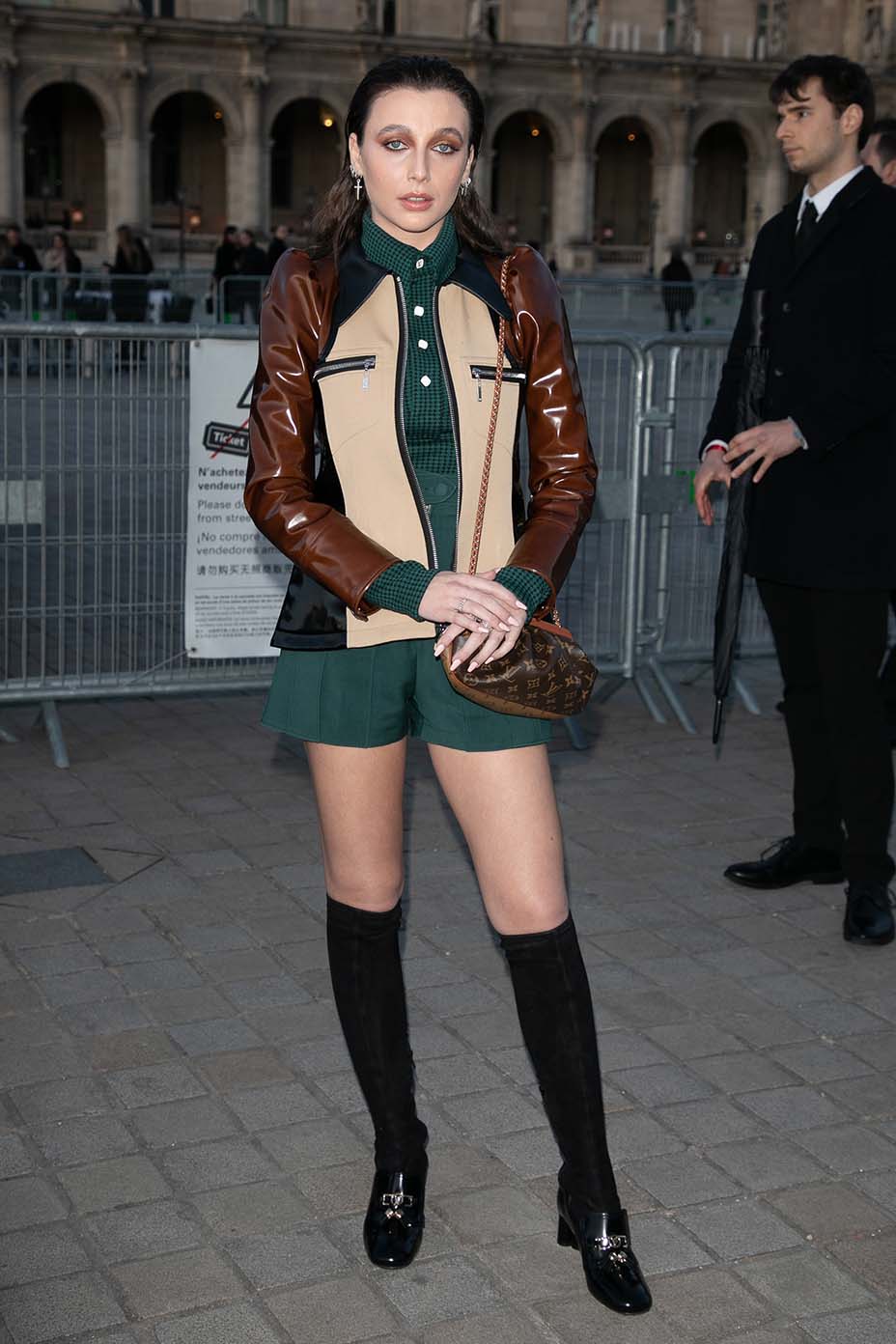 In this new environment, makeup is optional, Chamberlain says. “Makeup just makes my acne worse and I feel like it can make me feel a little bit dirty after, too, because my skin won’t feel clean until I scrub it a lot. That might be a mental thing. … Because we’re all at home and it’s a little bit more normal to be un-ready, I think it’s a great time to let your skin breathe,” she says, adding of her acrylic nails: “My nails are starting to grow out to a point that’s dangerous, and I’m not looking forward to the day that they start falling off.”

Chamberlain did, however, wear makeup for one video she shot over Zoom, as well as on a few other occasions. And if she’s filming a YouTube video or taking an Instagram photo, she might put in “a little more effort” by donning comfortable jeans.

“Sometimes I think it actually feels good to get ready when you haven’t in a while because I know I can start being like, ‘Wow, I am lazy and I don’t really look that good right now’ or ‘My skin is breaking out.’ So getting ready just for no reason can sometimes be reassuring,” she adds. “[But] there’s no need to do a crazy eyeshadow look if that’s not what feels right to you.”