Continue to The Hollywood Reporter SKIP AD
You will be redirected back to your article in seconds
Skip to main content
July 11, 2019 6:30am

Emma Corrin was packing boxes of underwear at a retail startup in London in 2018 when she got a call from her agent. She had some good news — Corrin had landed her first big television audition, for a leading part in Epix’s new DC Comics drama Pennyworth — and some bad: She had only three hours to outfit herself as a 1960s dancer and get to the tryout. So Corrin ditched her day job and rushed to the Topshop on Oxford Street for a vintage-looking dress and heels, then dashed to Fenwick department store, where she lied about it being her birthday and asked for a free ’60s-style makeover. “I put this gown on with a silk nighty and ran,” she says. “It had been such an absurd day, I was like, ‘The audition can’t be as stressful as what I just did.’ ”

Corrin landed the role of Esmé Whitaker, girlfriend of Bruce Wayne’s future butler, Alfred Pennyworth, in the 1960s-set Batman prequel bowing July 28 — her first onscreen role apart from a don’t-blink appearance on the British detective drama Grantchester. In the middle of filming the series, she nabbed another role, this one opposite Keira Knightley and Gugu Mbatha-Raw, as Miss South Africa in the beauty pageant comedy Misbehaviour (likely coming out later this year). But by far the biggest break of her career came just this April, when she won the role of young Princess Diana on Netflix’s acclaimed royal drama The Crown. “They actually offered me the part in the room,” she says, grinning. “It felt like I had just been proposed to.” 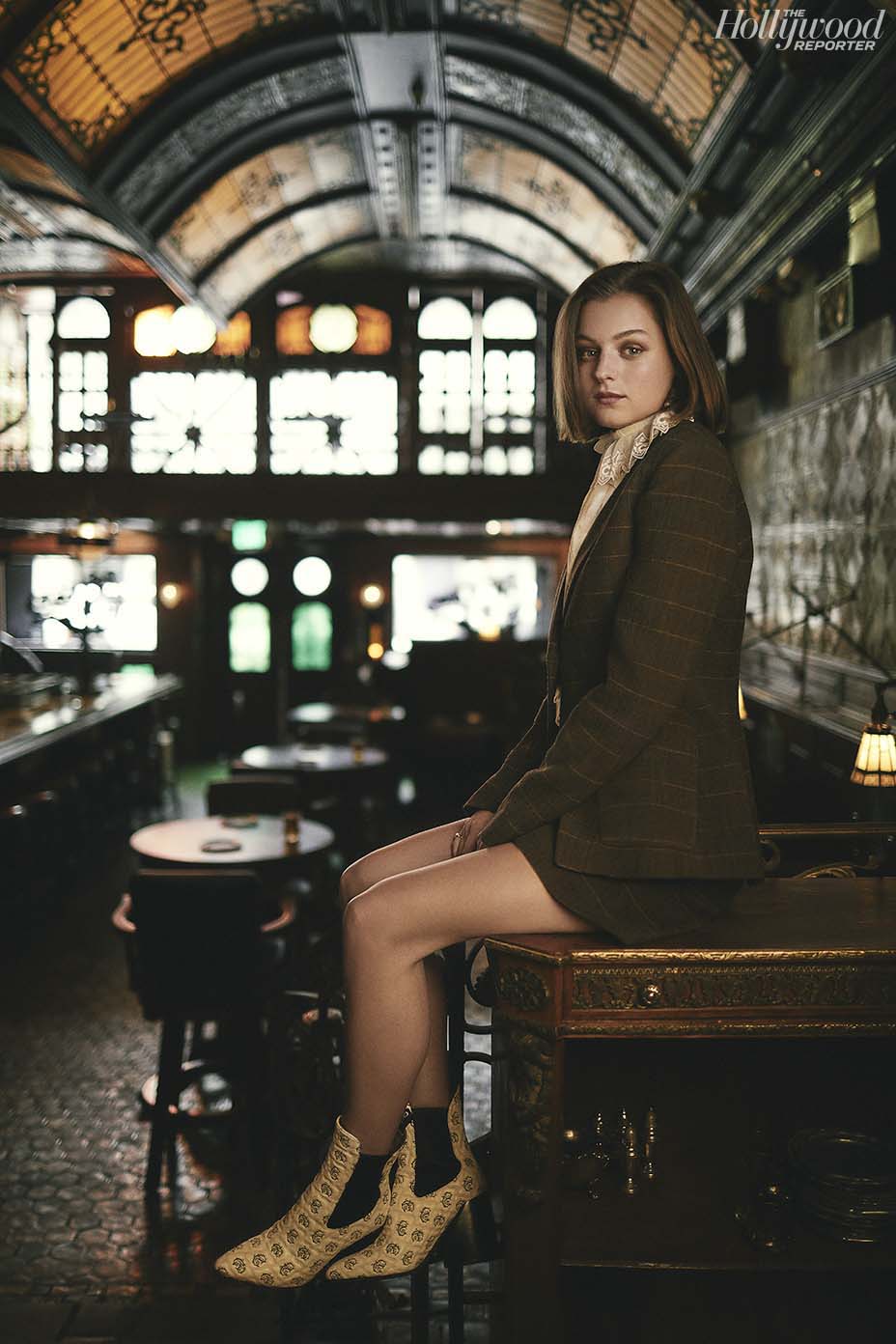 The 23-year-old Catholic boarding school grad, who grew up in Kent, about 30 miles outside of London, wanted to be a zoologist as a kid but fell in love with acting while doing school plays. She had trouble getting into acting school — she was rejected twice — but ended up at Cambridge, where she performed in 19 plays over three years. She graduated just last year, right before taking that underwear-boxing job. 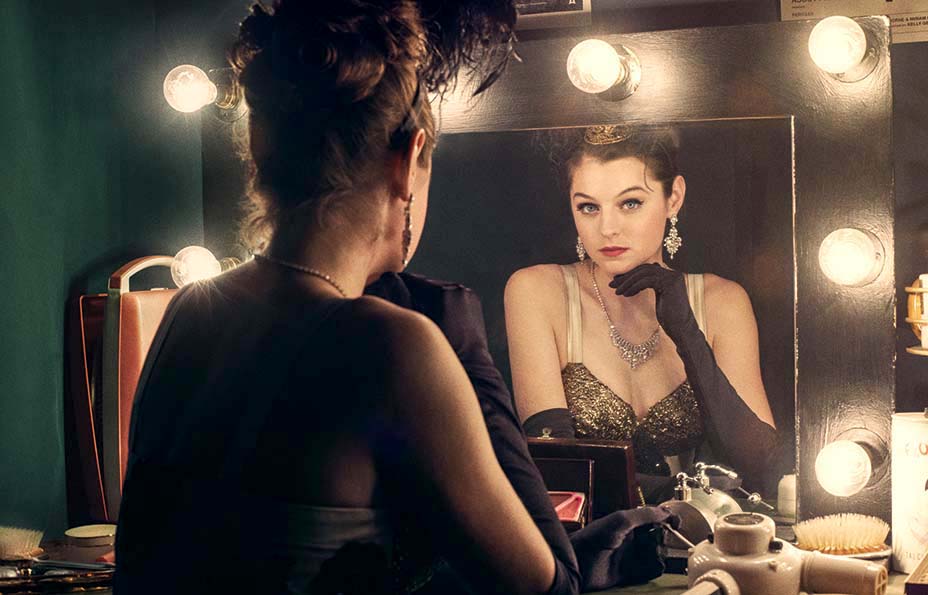 Even though her debut as Diana won’t come until the fourth season (the third is expected to debut this fall, featuring an all-new cast led by Olivia Colman as Queen Elizabeth, Tobias Menzies as Prince Philip and Helena Bonham Carter as Princess Margaret), Corrin already is gearing up for research ahead of the show’s August production start in London. “When you are reading about Diana, you want to sift all the bullshit from the truth,” she says, noting that the producers sent her biographies and footage to study, and also put her in contact with people who knew Diana. (Corrin will work with a movement and voice coach, as well.)

Whether or not she looks the part is a matter of varying opinions (in any case, she’ll be wearing a Di-style wig, despite it adding “an extra two hours in the makeup chair”). As far as she’s concerned, though, she doesn’t really see much of a physical resemblance. “My mum has been told that she looks like Diana. She often has been mistaken for her throughout her life, which is a really weird connection,” she says. “But I have never had that. I get young Jodie Foster.” 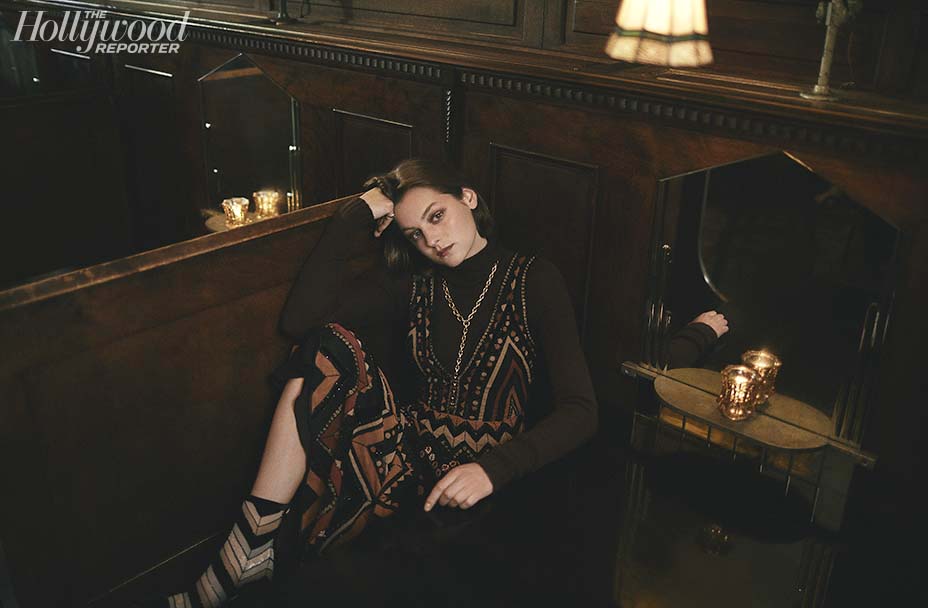