Continue to The Hollywood Reporter SKIP AD
You will be redirected back to your article in seconds
Skip to main content
August 8, 2017 8:00am

An unprecedented number of this year’s Emmy-nominated programs center on characters who are something other than straight white males, which explains why so many of this year’s Emmy acting nominees also fit that description. This development is noteworthy in and of itself, but what’s particularly interesting, to me, is that a majority of these programs are comedies.

Each of this year’s seven nominees for best comedy series — FX’s Atlanta, ABC’s Black-ish and Modern Family, HBO’s Silicon Valley and Veep and Netflix’s Master of None and Unbreakable Kimmy Schmidt — features protagonists who are people of color, immigrants or second-generation Americans, LGBTQ and/or women. Represented in the comedy acting categories are shows about trans people (Transparent), seniors (Grace and Frankie) and a substance abuser (Mom). One even features a man playing a woman (Baskets).

What’s this all about? Well, for one thing, there has been an explosion in TV programming of all sorts in the past few years — there are likely to be more than 500 scripted series in 2017, when all is said and done — hence the term “Peak TV.” But why is this specifically resulting in more — or at least more Emmy-embraced — diverse comedies than dramas?

“I think the definition of ‘TV comedy’ has really expanded,” says Silicon Valley actor Kumail Nanjiani (who also co-wrote and stars in this summer’s breakout indie, The Big Sick). “I mean that in a really good way. You don’t have to have a certain number of laughs per minute anymore, which allows these themes to be explored in a way that feels natural and allows the issues to breathe. Also, if you can make people laugh, they are more likely to engage. Dealing with these issues dramatically can feel didactic or medicinal; comedy allows people to laugh in the moment and think about the serious stuff later.”

Comedies featuring and/or about diversity are not new. They date back at least to the ‘70s, with CBS’ The Mary Tyler Moore Show, a revolutionary series about a “career woman,” and the game-changing brainchildren of Norman Lear, starting with CBS’ All in the Family, in which race is discussed and debated, and CBS’ Maude, which had a woman at its center, followed by three shows built around black families: NBC’s Sanford and Son, CBS’ Good Times and CBS’ The Jeffersons. These, in turn, helped to create a climate in the ‘80s in which other sitcoms focused on women, such as NBC’s The Golden Girls and CBS’ Murphy Brown, and people of color, such as NBC’s The Cosby Show and A Different World, ABC’s Family Matters and NBC’s The Fresh Prince of Bel-Air — plus most of what showed up in the ‘90s on The WB and UPN, like Moesha — could thrive. 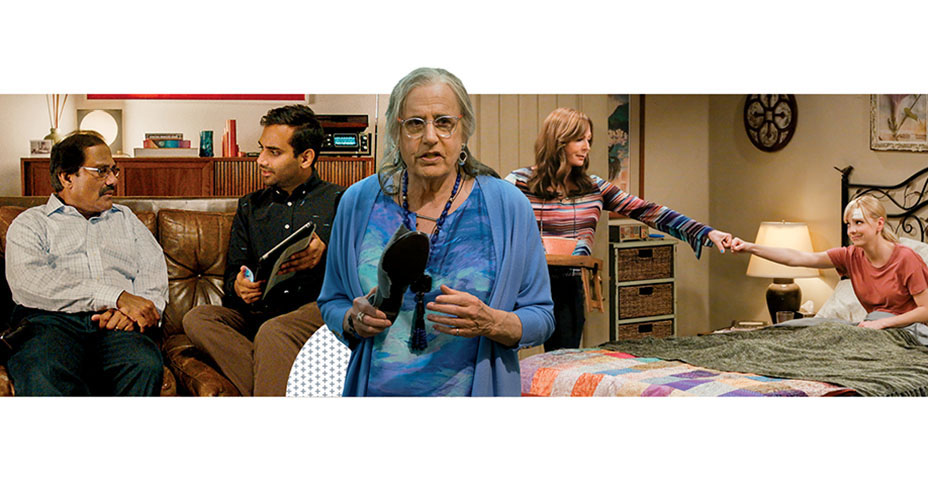 More recent barrier-busters include NBC’s Will & Grace, the story of a gay man and straight woman who are BFFs (Joe Biden, in his endorsement of same-sex marriage, said the show “probably did more to educate the American public” on LGBTQ issues “than almost anything anybody has ever done so far”), and ABC’s Modern Family, which went on the air in 2009.

But even more than these broadcast shows, I would argue that the rise of pay cable and streaming services changed the game because they approach content creation in a totally different way: Rather than angling for the least objectionable offerings, they create a range of programming with the goal of appealing across the demographic spectrum, since just a single show can draw a fresh set of subscribers. That gave us HBO’s Sex and the City, which paved the way for Girls and similarly personal comedies that helped put the streamers on the map, including Netflix’s Orange Is the New Black and Amazon’s Transparent.

The more recent fragmentation of the TV audience means that virtually no scripted programs, even on broadcast, attract audiences the size of those 15 or 20 years ago. This means that content creators no longer feel as much pressure to create shows that will appeal to everyone, and they increasingly aim for programming that will appeal to niche audiences and perhaps break out beyond that.

The TV Academy recognized many such comedies with nominations this season — and overlooked plenty of others, including a massively acclaimed series about young black women (HBO’s Insecure); a sitcom in which one of the main characters is — and is played by — a person with cerebral palsy (ABC’s Speechless); and a show about gender (Amazon’s I Love Dick).

When it comes to diversity on TV, it seems like comedies are getting the last laugh.