Since the turn of this century, the protagonists of TV’s most highly regarded dramas have, by and large, been antiheroes — morally ambiguous characters to whom audiences are drawn despite their darkness. You know their names: Tony Soprano (The Sopranos), Jack Bauer (24), Gregory House (House), Dexter Morgan (Dexter), Nucky Thompson (Boardwalk Empire), Don Draper (Mad Men), Walter White (Breaking Bad), Frank Underwood (House of Cards) — to cite but a few.

Most have been men (with notable exceptions like Damages‘ Patty Hewes and Weeds‘ Nancy Botwin) whose generally respectable circumstances in life hide darker tendencies — ranging from deep misanthropy to murder. Somehow they managed to keep the audience on their side no matter what violent, illegal or twisted thing they did.

And nowhere have antiheroes been more rewarded than at the Emmys: An actor playing an antihero has won the best actor in a drama series Emmy in all but three years of the 21st century, and Glenn Close won lead drama actress for her Damages character in 2008 and 2009.

For most of TV history, creators assumed audiences needed to be able to identify with a protagonist in order to care about a show. That theory began to gradually erode with the massive success of All in the Family, with its lovable loon Archie Bunker, as well as a few other shows that helped creators appreciate that audiences inherently identify with any protagonist because they experience the world through his or her eyes. Never was this clearer than when audiences started binge-watching shows, first through DVD box sets and now with streaming services.

Why Donald Trump May Have a Big Impact on the Emmys

TV creators assumed these shows about bad hombres were generating such a rabid response because post-9/11 audiences craved the edgy escape they offered. Gone, or going quickly, were drama series about noble men like President Jed Bartlet of The West Wing; six years after that show went off the air, Aaron Sorkin tried to return to similar territory with The Newsroom‘s idealistic journalist Will McAvoy — and got dumped on so badly that he vowed never to do TV again.

But among this year’s contenders, a new trend is emerging: The majority of new drama series embraced by critics and audiences do not fit that mold and instead center on protagonists who are challenged by circumstances beyond their control. These characters, in many cases, are struggling mightily — but without succumbing to the dark side or giving up hope. There’s an accidental queen (The Crown), a sexual servant (The Handmaid’s Tale), a family with recognizable relationship challenges (This Is Us), children facing supernatural happenings (Stranger Things), a robot discovering her own sentience (Westworld), a high-schooler driven to the brink (13 Reasons Why) and siblings forced into business together (Queen Sugar). (As always there are exceptions that prove the rule, among them Legion, Goliath, Sneaky Pete and American Gods.) 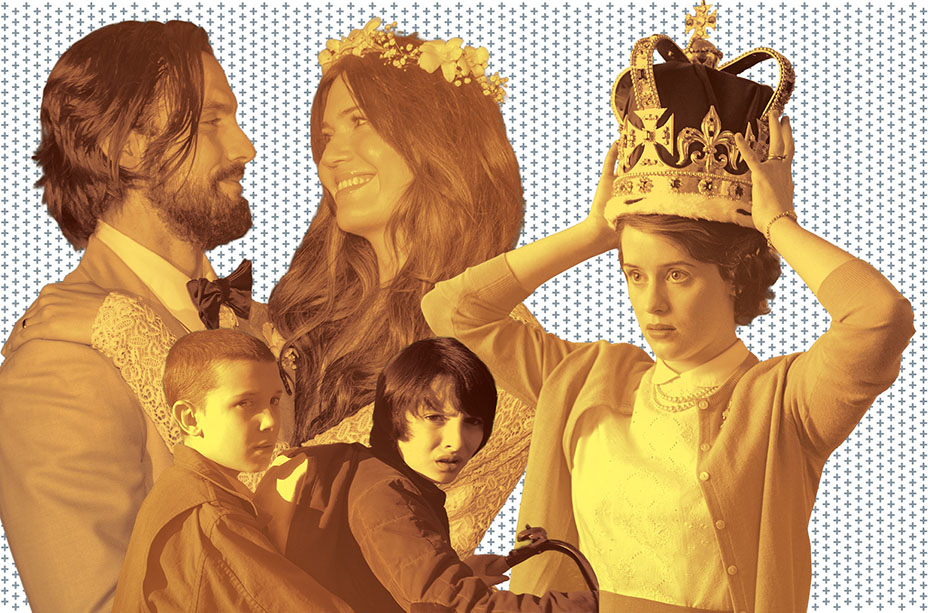 What accounts for the changing tides? While Donald Trump hadn’t been elected when this season’s shows were being written and shot, he and his ideology were on the ascent; after a bruising election season, it’s far from a surprise that television viewers would gravitate toward shows set safely in the past or in a fantasy world — or at least not built around horrible people.

But the answer could be even more straightforward. I would argue that, along with Peak TV, we may have reached Peak Antihero. Some of the greatest antiheroes of recent years, such as Boss‘ Tom Kane and Magic City‘s Ike Evans, never really broke through the noise and were gone before most people realized they were ever here. And besides, for much of the antihero era, TV creators were simply pushing the needle to see just how unlikable they could make their protagonist without losing their audience. Breaking Bad answered that question with the shocking and complete transformation of Walter White, a good man, into Heisenberg, a bad man (complete with black hat). There are only so many variations of that course that can be taken, and most have been done to death already. In other words, things just started to get a bit predictable, or boring — which is a sure way to turn off viewers and Emmy voters, too.