There’s something very wrong happening at the heart of America, and this November, Boom! Studios is going to reveal just what it is. The publisher is bringing back Cullen Bunn’s acclaimed comic book series The Empty Man for a brand-new series, revealing more about what the writer calls “the surreal dread and horror” of the genre-defying concept.

The “Empty Man” of the series title doesn’t refer to just one person — instead, it’s the name of a mysterious disease that has swept across the country, with symptoms including hallucinations, suicidal dementia and fits of rage, all leading to either death or an “empty” catatonic state. The disease has prompted the rise of cults related to a string of disappearances that has pushed the FBI and CDC together in an attempt to find a cure and prevent more kidnappings as the virus continues to spread.

The new ongoing monthly series revives the property Bunn co-created with artist Vanesa R. Del Rey for a 2014 comic book miniseries, which is currently being adapted by 20th Century Fox, with David Prior writing and directing.

Once again written by Bunn, with artist Jesus Hervas illustrating, the new series will center around Melissa Kerry, who has the virus — but whose family is refusing to let her be taken away by authorities. (Del Rey, who illustrated the original series, will provide the cover for the new run’s first issue, seen above; Hervas will provide a cover for a variant edition, which can be seen below.)

“The original run of The Empty Man came out during a time of great uncertainty and fear in my life,” Bunn said in a statement. “The story, with its air of surreal dread and horror, seemed to mirror a lot of what was going on in my head. It’s only fitting, then, that we return to The Empty Man now, during another strange and uncertain time in my life. Maybe unease and unpredictability and restlessness are part of the sorcery that calls The Empty Man into existence. I always knew it would come back. The story is so much larger and stranger than the tale that’s already been told.”

The first issue of The Empty Man will be released in November. Read on for a glimpse of what’s in store… 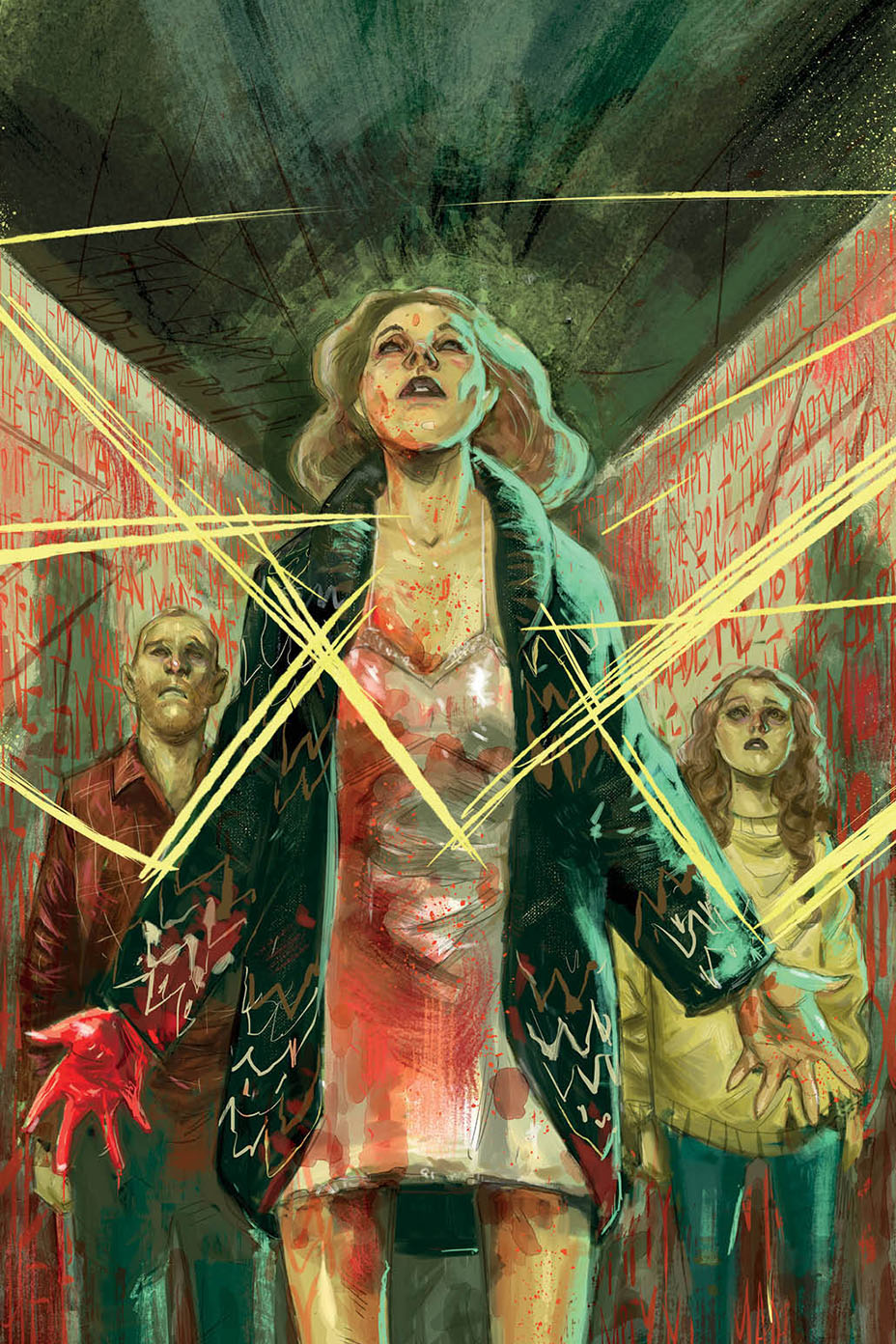 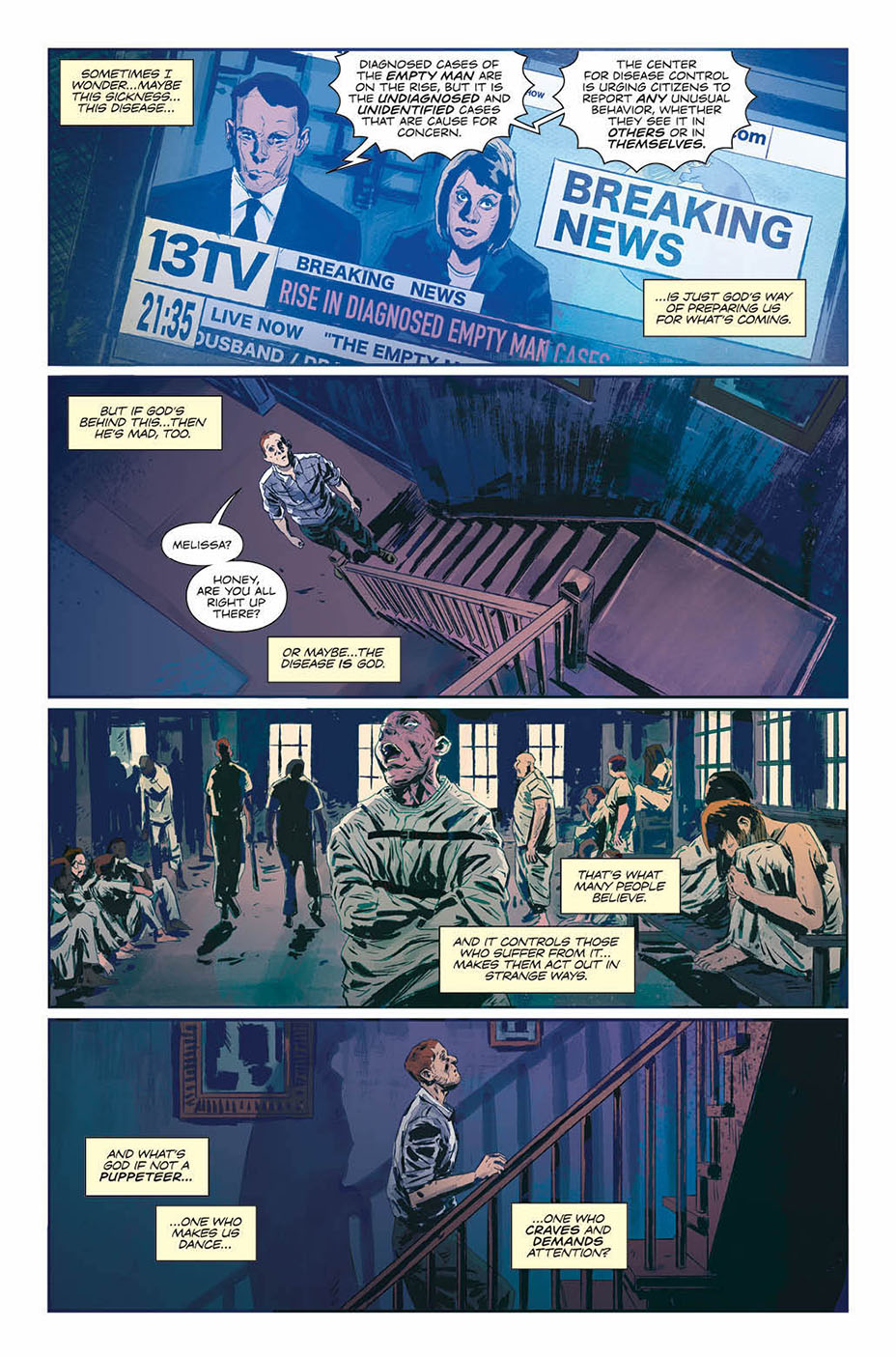 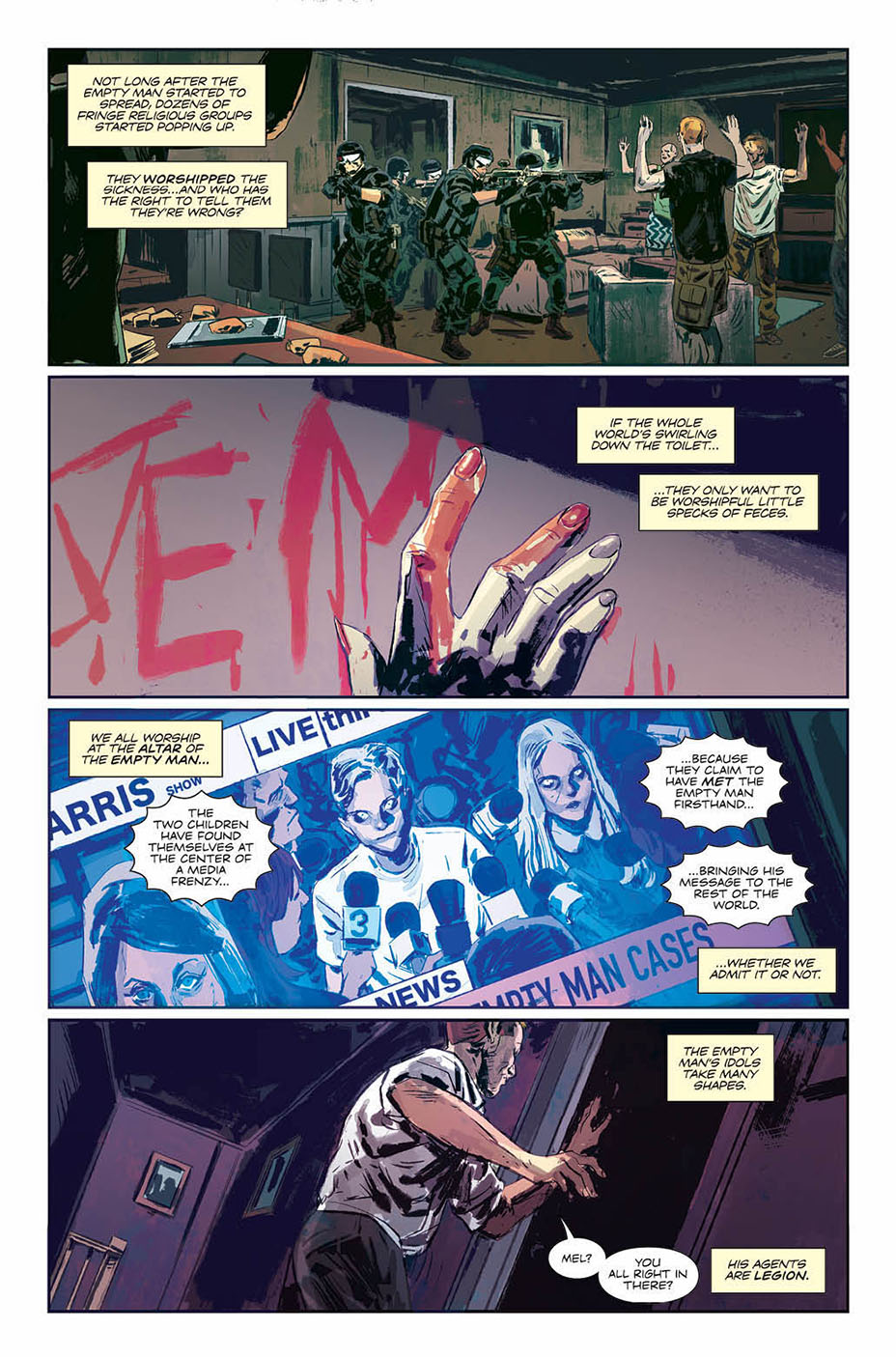 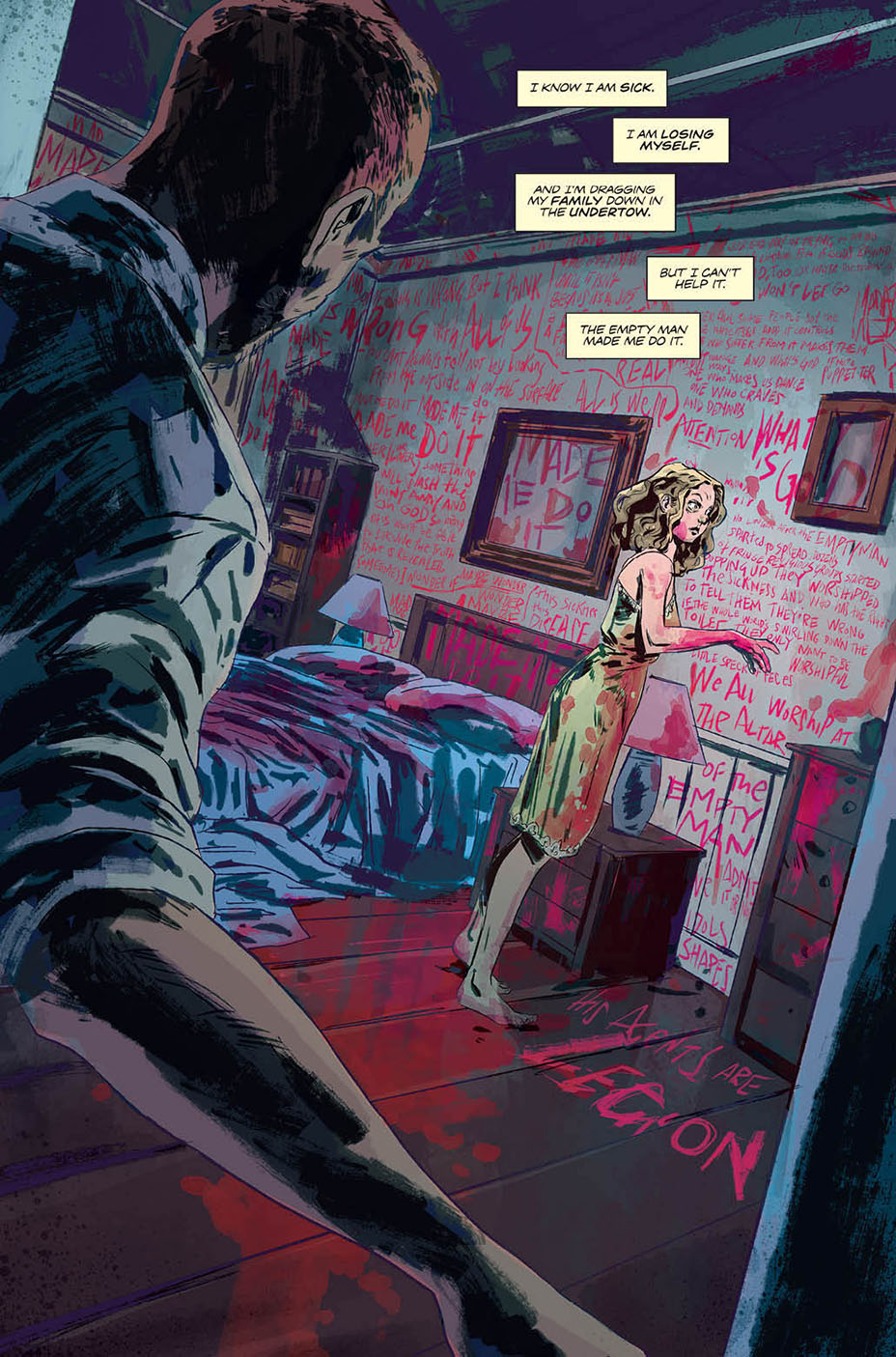