When Epix president Michael Wright moved from L.A.’s Westside to the very east La Canada seven years ago, he says he became “fast friends” with screenwriter Jason Filardi (17 Again). “Almost immediately, we talked about finding a place that we can buy and turn into a bar so we would have a place to hang out,” says Wright. “Just ?a place where you’d watch a game, listen to some great music. At the risk of being too cliché, a place like Cheers where you know them and they know you.”

They finally found one in a local bar called Avignone’s in Montrose, a Glendale suburb, which coincidentally had some Tinseltown ties: Scenes from the Adam Sandler-Drew Barrymore comedy The Wedding Singer were filmed inside. Founder Joe Avignone planned to step away from his namesake bar after running it for 47 years, so a group put their heads and wallets together. Partners include Wright and wife Tammi Chase Wright, Filardi and his screenwriter brother Peter Filardi (Flatliners), and real estate agent Jordan Nedeff. 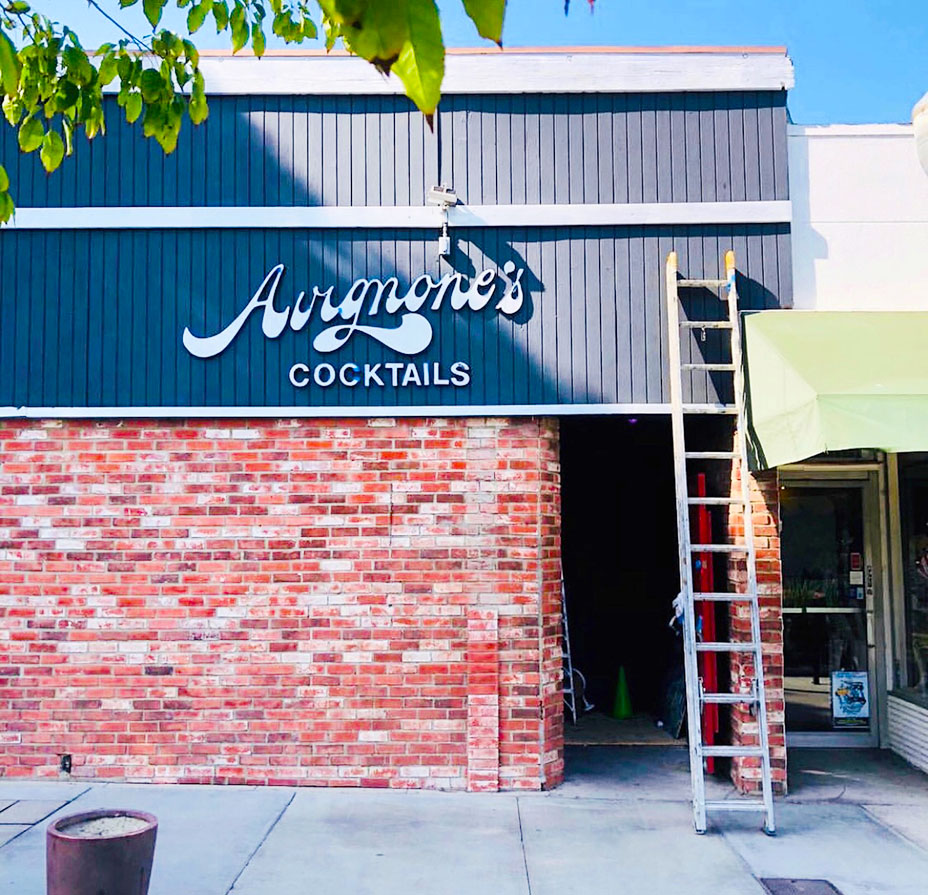 On July 20, they unveiled the relaunched watering hole — located at 2321 Honolulu Ave. — to the general public. Over the course of several hours on that particular Friday night, hundreds of patrons packed the place, spilling out into the street in front of the bar during a lively celebration that served to unveil the bar’s new look following a weeks-long renovation. Highlights of the renovations include a new bar, color scheme, curtains, wood floors, multiple TVs including a 72-inch centerpiece, tile work in the entry way and bathrooms, beer taps, and a new pool table.

There’s also a new neon light featuring the title of the classic Guns N’ Roses track “Welcome to the Jungle.” “We have a bit of a music theme going on in the bar now,” Wright tells THR. “It’s more of a classic rock and classic Hollywood vibe. We wanted to make it a premium dive bar. It’s still a neighborhood bar, but now more of a lounge.” 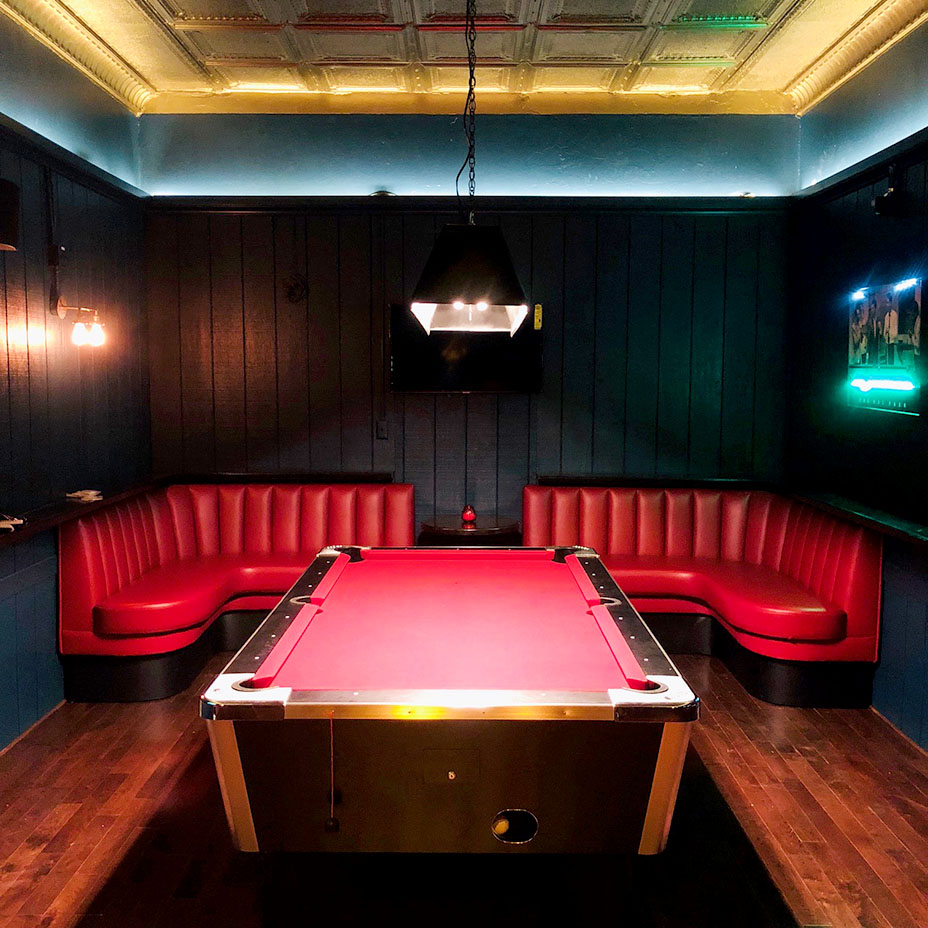 Though the look has changed, the business philosophy remains simple. According the the bar’s website: “It’s a dark and cozy drinking hole where the drinks are strong and cheap. Recently bought by locals who want to keep it as a neighborhood hangout. Everyone welcome!”

Jason Filardi says the local ownership team is not made up of silent business partners who refused to roll up their sleeves and get dirty. “We didn’t have a contractor or a designer,” admits Filardi, who adds that the group sought to create a space for adults in the area to drink and socialize. “We have all spent numerous hours in there from morning to night, changing light bulbs and doing everything ourselves. It’s a ton of work but it’s a really fun hobby.”

Wright says they kicked the tires on a few opportunities over the past few years but nothing got off the ground. Then Avignone’s became available. With the crew’s demanding careers, Wright is quick to credit bar manager Alex Yoka for doing the “heavy lifting” of running day-to-day operations. “We’re blessed to have him,” he says.

“The response has been great,” Jason Filardi notes of business. “We took an old bar — a true dive bar that had a bad smell to it and a long history — and maintained that classic feel. The place looks great and people have really accepted it.”

There will soon be more to embrace. Wright says that food trucks will swing by on special nights and that they will organize functions and specials around major sporting events in Los Angeles.

As for their beverages of choice, Wright says he and his wife toured Ireland and Scotland and since that trip, they’re big fans of Harp Lager, which is now on tap at Avignone’s. Jason Filardi grew up in a Coors family because his father worked as a beer distributor in Connecticut. 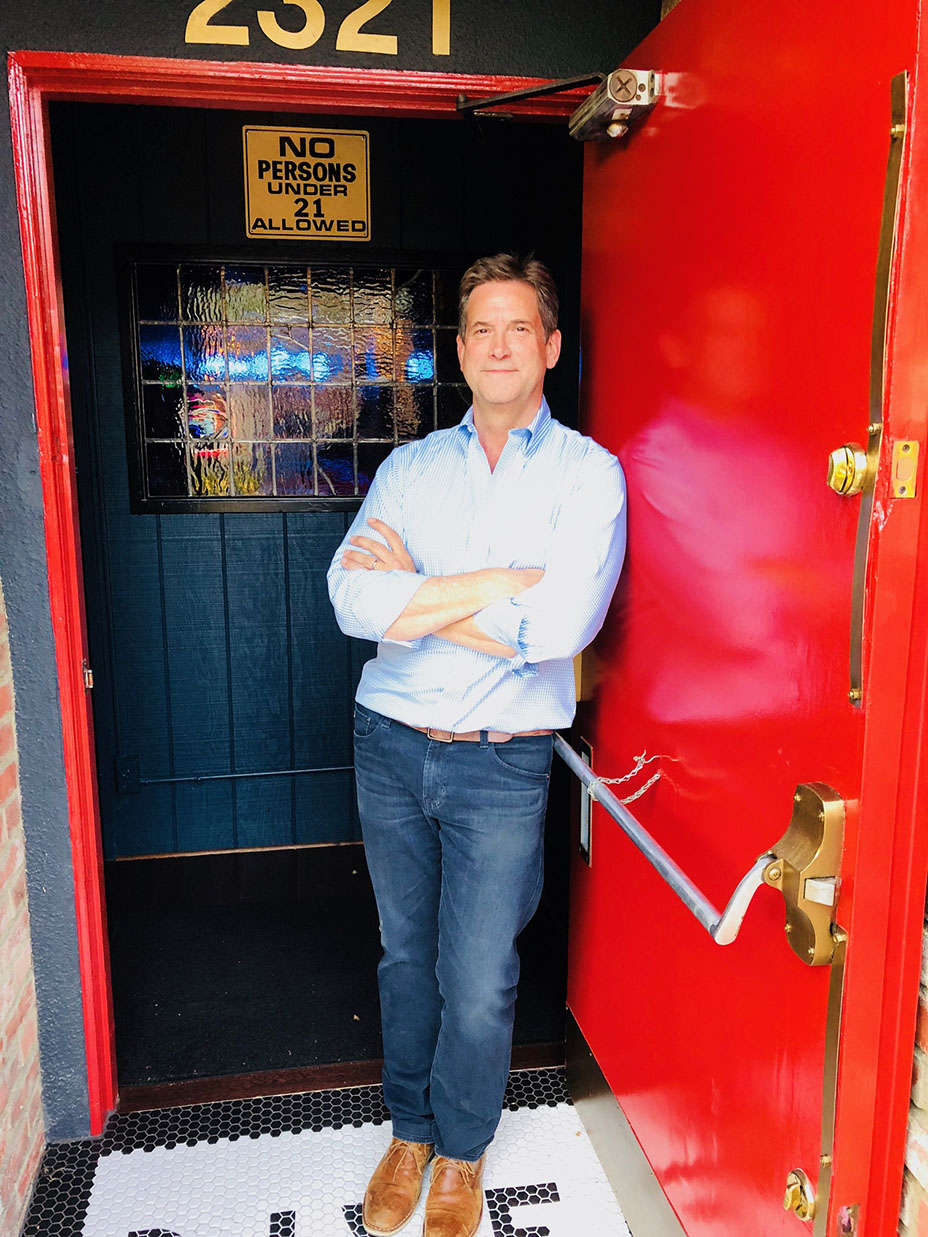