Designer Erdem Moralioglu looked to her royal highness for his spring 2018 runway collection.

Moralioglu, whose exquisite designs have been worn by Margot Robbie, Sienna Miller and Claire Foy on the red carpet, referred to a young Queen Elizabeth II in 1958, when she met the legendary American jazz composer Duke Ellington at a private reception in Leeds, a city in West Yorkshire, England. The music that Ellington composed in her honor after their meeting (called “The Queen’s Suite”) served as a starting point for inspiration. 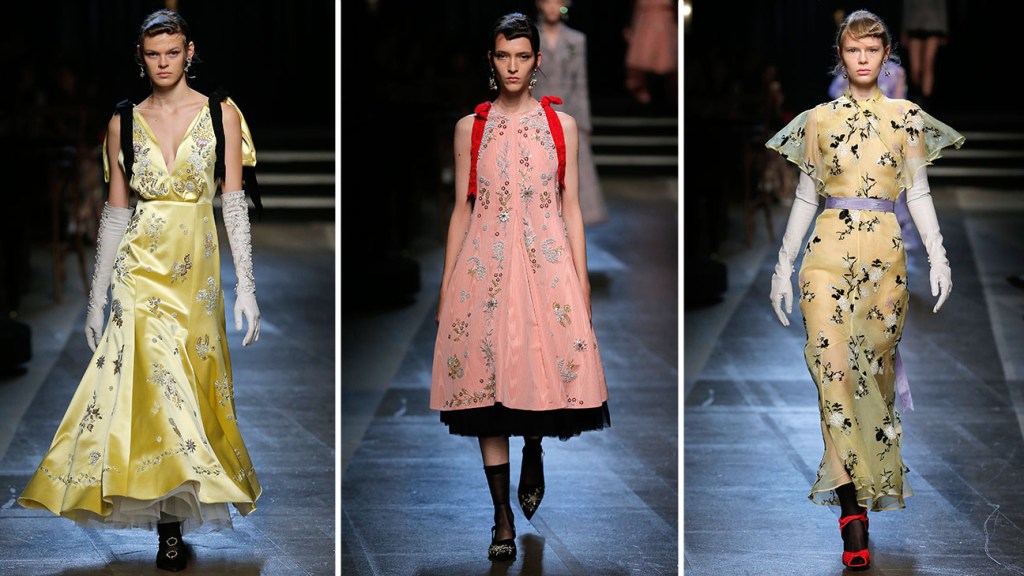 The collection was a regal treat: brocade dresses in shades of emerald green or yellow with a touch of black; lace dresses with romantic ruffles; and cocktail dresses featuring hand-embroidered patterns based on the Queen’s coronation gown, designed by Brit Norman Hartnell, and decorated with ceremonial ribbons on the shoulders or at the waist.

Moralioglu’s reimagined Queen was anything but prim and proper though; bejeweled argyle cardigans barely covered, revealing parts of the shoulders (and, perhaps, suggesting the royal figure’s seductive side), and dresses and skirt suits in Prince of Wales check featured frayed hems suggesting an edge. 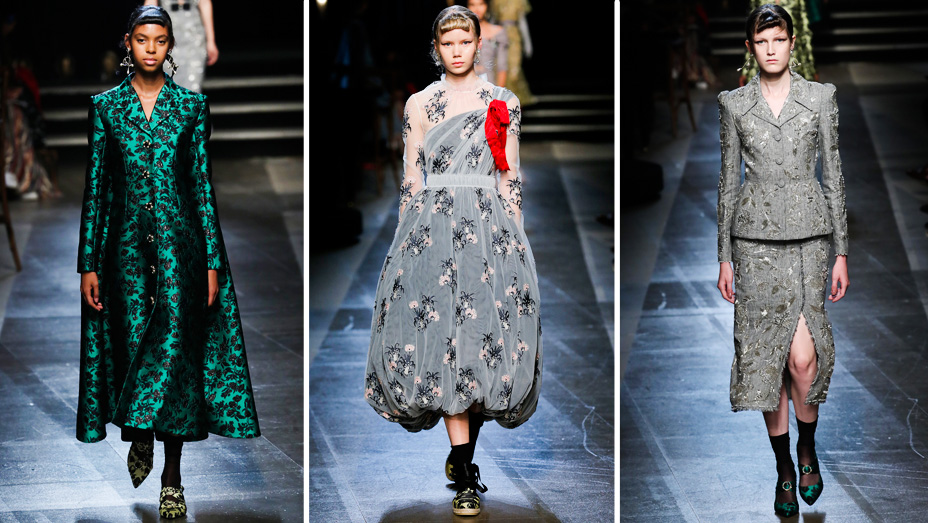 Known for his rich craftsmanship, the Turkish-Canadian designer punched up long leather white gloves with jewel embellishments and covered kitten heels in moire and jacquard. Earrings, bracelets and necklaces were also inspired by a star brooch from the Queen’s personal collection.

The designer’s homage to the Queen couldn’t have come at a better time; the “Fashioning a Reign: 90 Years of Style from the Queen’s Wardrobe” exhibition, which was held in celebration of the Queen’s 90th birthday last year and displayed her wardrobe throughout the years, closed in January. Plus, there’s Netflix’s Emmy-nominated series The Crown, which follows the life of the Queen (played by Claire Foy) from her wedding day in 1947 up to 1955 during her early days at the throne in the first season. 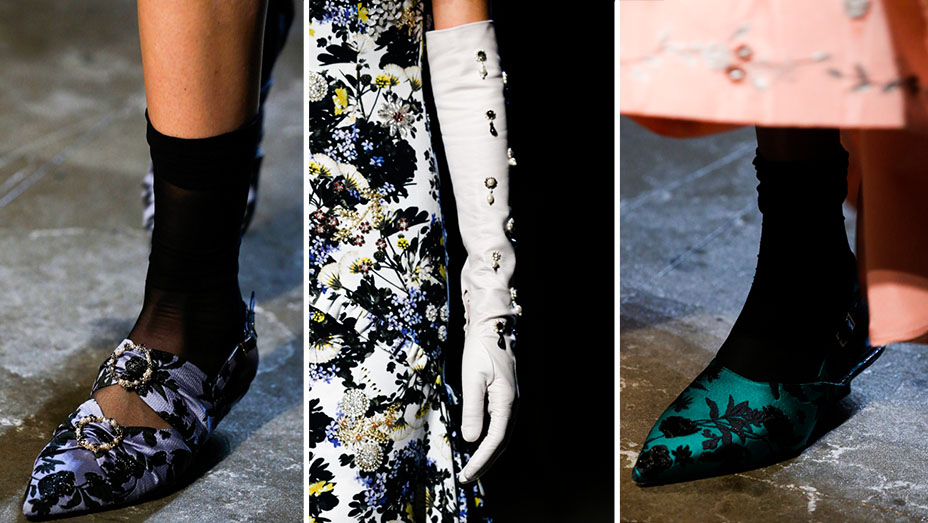 Moralioglu’s clothing tends to range from $600 to $8,000, but soon you’ll be able to get your hands on the designs for slightly less with his forthcoming H&M collaboration, which will be available in stores and online Nov. 2. And to that, we say, “yas queen!”