Hard to miss on the BHHS grounds is a 150-foot-tall oil rig covered in flowery art that precedes the school’s 1927 construction. For 90 years, the rig extracted black gold and provided the school with income (rumor has it that at one point, 85 percent of the teachers’ salaries were paid by the well). In 2003, Erin Brockovich, made famous by Steven Soderbergh’s 2000 film, took up the cause of BHHS alumni who believed toxins from the well caused their cancers. The case was dismissed in 2006 for lack of evidence. Last year, a Beverly Hills City Council vote finally mandated that the derrick cease operation, which it did, then owner Venoco went bankrupt. “It is upsetting that the bankruptcy court has allowed Venoco to escape its obligations to clean up the site,” says Beverly Hills Mayor Lili Bosse. “We are appealing the decision.” THR asked Brockovich how she got involved.

I was on a book tour right after Erin Brockovich came out in 2000 and ran into Lori Moss, a young woman anxious to talk to me. She asked if I knew anything about Beverly Hills High School. She was in her late 20s, had gone to school there and had cancer. One day, she was in her oncologist’s office, and there were two other classmates there with cancer. She had also heard of teachers and other students who had cancer. It was mainly different blood cancers. Before Lori, nobody had made the association. There’s always one person in every situation that I work in that starts asking questions.

I started looking into the oil derrick — which I couldn’t believe has been just sitting there. I learned that there’s a huge underground oil platform with a lot of pipelines, owned and operated until recently by Venoco. People don’t realize how much Southern California and Los Angeles is about oil. I learned that the fire department was getting large readings of methane gas. I’m like, “Holy shit, if this thing isn’t properly maintained, and there’s an explosion — this is built on a school!” I started doing some testing, and we were getting high enough [carcinogenic] benzene readings that they became a concern; law firms Masry & Vititoe and Baron & Budd and scientists got involved. 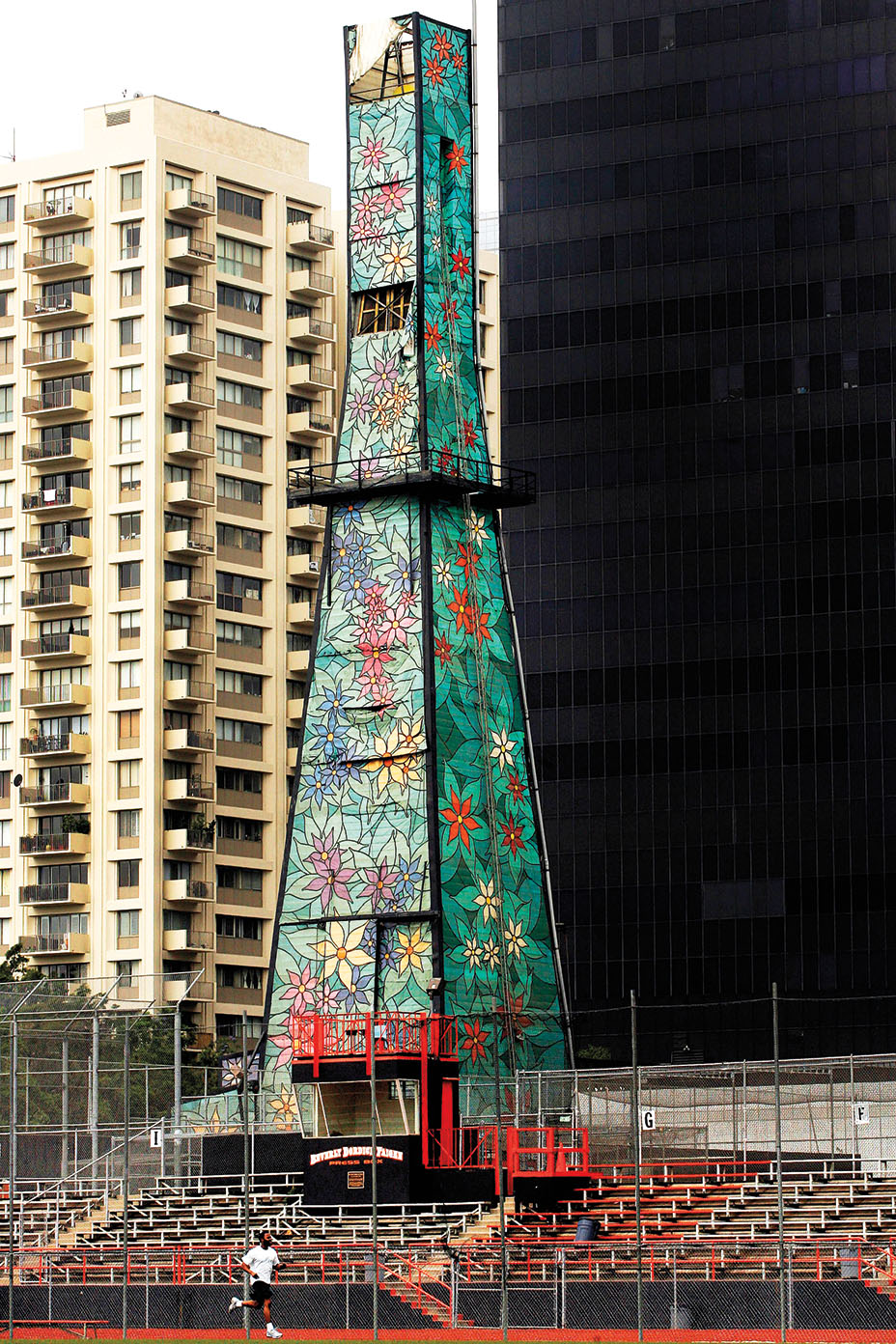 We started having community meetings — a couple were at the Beverly Hills Hotel — that’s how word got out. I’m not talking 22 people that ended up in this lawsuit — I’m talking hundreds of students, mainly those who graduated in the mid-1990s. They’re all around the same age and had the same types of cancer.

I was also concerned about what was on the other side of the school property. Sempra Energy has cooling towers back there, with hexavalent chromium in them. I started doing research. Nearby buildings and cars were being pitted with a white substance that appeared to be coming from the cooling towers. I found a report where Sempra said it was chromate dust — exactly what I dealt with in Hinkley, California [the subject of the 2000 film]. We know from science that inhalation could cause numerous cancers.

This case was a political hotbed. People were mad at me, the city was upset. Why? Property values. When you get tagged as having tainted water or land, property values go down.

Ultimately, I believe Texas-based [law firm] Baron & Budd moved on past me and settled with Venoco [in 2006] for an undisclosed amount. Scarier than that: At this time, the investigation into those cooling towers hasn’t gone any further.