Errol Morris, known for his seminal 1988 documentary The Thin Blue Line and the Oscar-winning 2003 film The Fog of War, once again dives deep for his latest project, but in this case, he takes his time, telling the story over four and a half hours. In the six-episode series Wormwood (debuting Dec. 15 on Netflix and in theaters), the filmmaker, who will be honored with a tribute during AFI Fest, focuses on the true story of Eric Olsen, who spent 60 years investigating the mysterious 1953 suicide of his father, a scientist who was working with the CIA. In a departure from his previous work, the Oscar winner directs actors like Peter Sarsgaard and Bob Balaban in scripted re-enactments. Ahead of the kickoff of AFI Fest, Morris, 69, spoke with THR about Wormwood, how documentary filmmaking has changed and the rise of fake news.

How liberating is the extended running time?

It gives you a much broader canvas to work on. I don’t know if Wormwood could have been done in a traditional 100-minute format. I’m truly grateful to Netflix for having the opportunity to do it. With Netflix, it’s the everything bagel, everything you might see in a film is in Wormwood, from re-enactments to scripted drama to interviews to archival materials to graphic treatments of one kind or another. I don’t think there is really anything quite like it or anything really that has tried to do something like this.

Because of a new Academy rule, Wormwood couldn’t be submitted for a feature doc Oscar. Does that remind you of The Thin Blue Line, which was rejected because of the re-enactments in it? 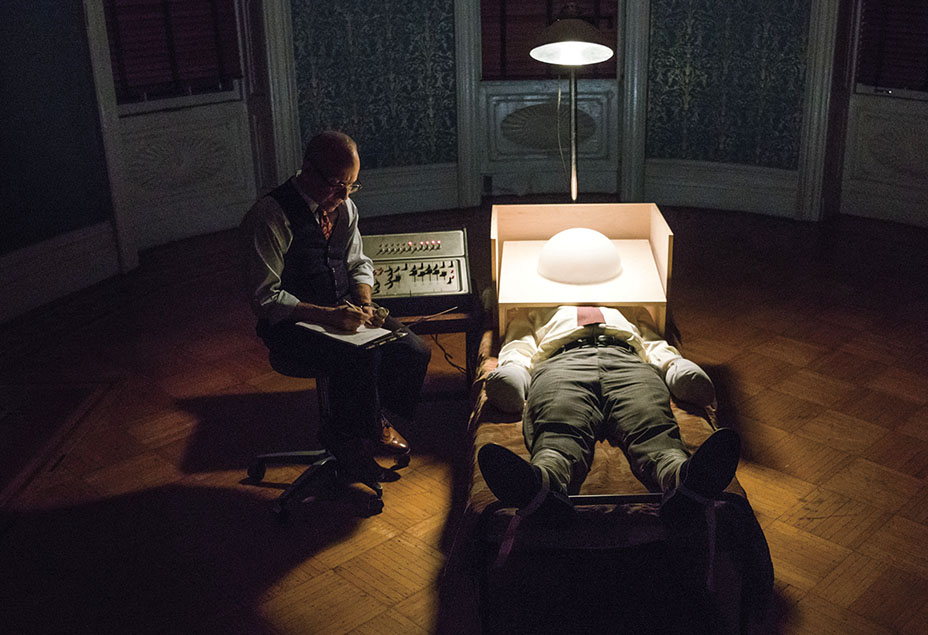 How have documentaries changed since you began your career?

Well, although people have created very long documentaries in the past — I’m thinking of Shoah, Fred Wiseman’s Near Death, Marcel Ophuls‘ The Sorrow and the Pity — now there are all different forms of film, documentary included. Documentary has become a cornucopia of forms and ideas. One thing I think is important: What is it that makes documentary documentary? What makes it different than everything else? You’re being held to account for the truth or falsity of what you’re saying.

For a documentarian, what does the rise of fake news mean to you?

There’s been a suggestion that all news is fake news. It’s a very disturbing claim. Truth hasn’t been obliterated, much as they would like to try, politically. Truth is as important as it ever was. But it’s important to remember truth is not something that’s just handed over to us. It’s something that is investigated, it’s pursued, it’s sought after.