The Angels descended Wednesday night on Paris, with Lady Gaga, Bruno Mars and The Weeknd in tow, for this year’s annual Victoria’s Secret fashion show.

Sure, the American brand doesn’t have any stores in the capital, but why not turn Paris’ Grand Palais — which hosts Chanel’s runway extravaganzas during fashion week — into Victoria’s Secret Central?

Before the show, backstage was chaos with camera crews, roving reporters and an army of hair of makeup artists. 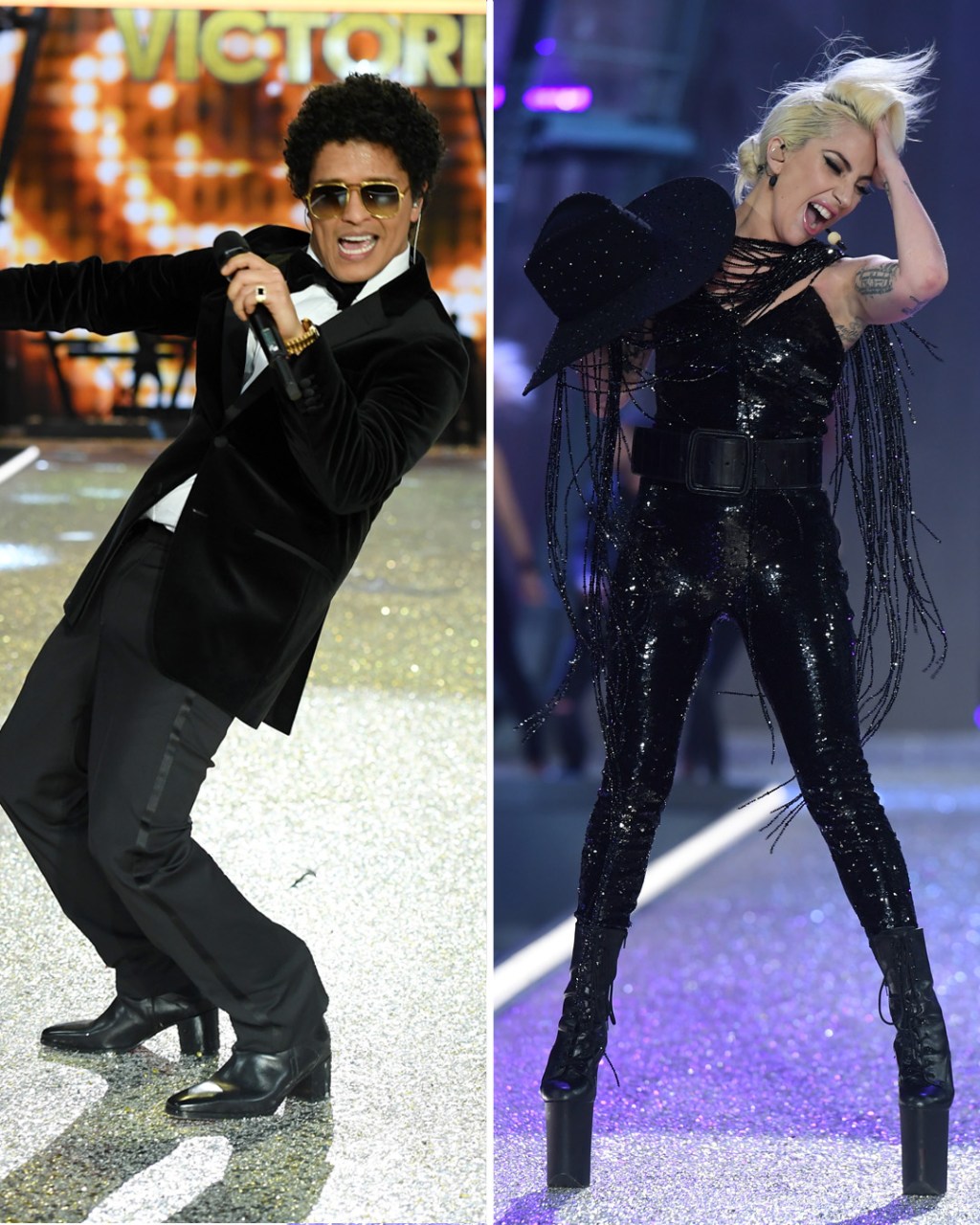 The show, which is scheduled to air Monday on CBS, opened with U2’s “Vertigo” bidding ‘Hello, hello’ to the crowd as models walked out in Asian-themed outfits complete with Chinese dragons and Japanese kimonos above Brian Atwood-embroidered boots.

But that first look of a dragon’s head and tail curling around the body of model Elsa Hosk nearly didn’t happen due to some structural difficulties, she told The Hollywood Reporter.

“It was really heavy and really restricting, so I couldn’t move freely,” she said. “When we did the last fitting it still wasn’t right, and I couldn’t actually walk. We finally got it about 5 minutes before the show, so it was quite dramatic.”

A few looks in, Lady Gaga stepped out with a soulful rendition of “Million Pieces” before Bruno Mars hit the stage with “Chunky.” Bella Hadid and The Weeknd might be back on after he serenaded her with “Starboy.” 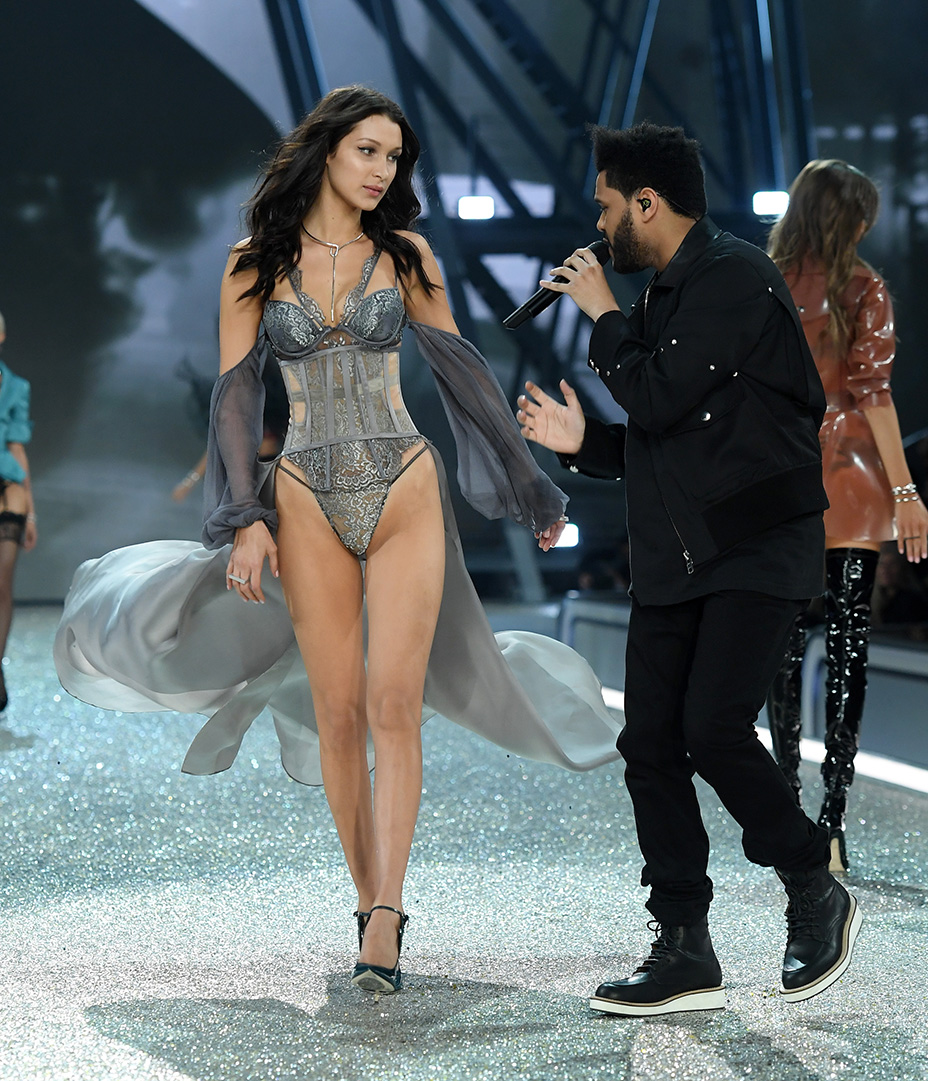 Lady Gaga came back for “A-Yo” and “John Wayne,” pulling off an impressive onstage shoe change in-between, before walking off in a leather jacket complete with its own set of wings.

Balmain designer Olivier Roustieng was front-row to see BFFs Gigi Hadid and Kendall Jenner walk, and he told THR that the show is what Paris needs after 2015’s twin terror attacks.

“It’s exactly what I always wish for — fashion, pop culture and music mixed together and all the girls that I love out on the runway. The girls are daring and really being confident in themselves, and that’s what Paris needs,” he said.

“You know what I love about this show is that it’s so diverse and so international, it’s an honor to the country,” Roustieng added. “I think that’s what we need in Paris, more love and more happiness.”

Rallying for Paris was also a key part of the models’ motivations, with creative director Ed Razek dedicating his traditional pre-show speech to the city.

“He almost made me cry,” said Sarah Sampaio, noting that a lot of people thought they would cancel the show due to ongoing terror threats.

“He said, ‘We’re here to show Paris that we love you guys, you’re an incredible city. You’re going to do this for them and show them that they are incredible.’ It was very very emotional,” she said. 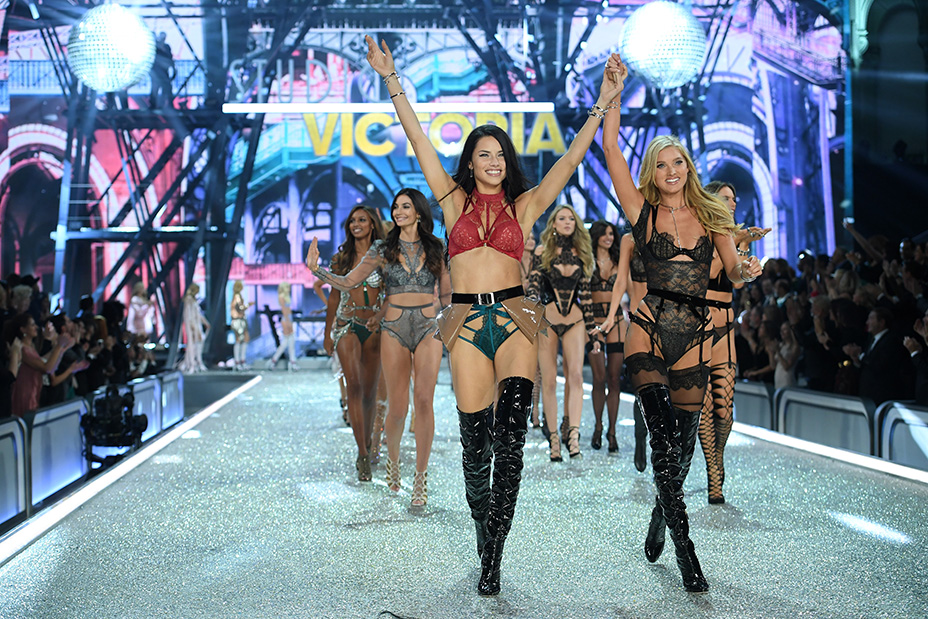 Show organizers gave strict instructions that Tweeting, Instagramming, Facebooking and other social media were forbidden, since the event is scheduled to run on TV, and asked guests to enjoy the show and cheer for the models. It was a welcome change from the wall of screens so common at fashion shows — and maybe front-row designers such as Rousteing and Peter Dundas will be inspired by the moment that was just that, a moment.

“It will be nice to see them onstage, and not on my stage because I’m never in the front of the stage at my own shows,” he said, praising the “fashion” of the lingerie show. “It’s beautiful girls with a little bit of clothes and a lot of leg. I dress a girl to undress. I think a good dress is one that you want to take off.”

Adriana Lima, now in her 16th year as an Angel, told THR backstage before the show that she works out six days a week.

“Since I’m not young anymore I have to work hard to keep up. I try to work out six days a week, even if it’s just 20 minutes, because it’s a lifestyle to work out,” said the 35-year-old, who added that a regimen of boxing and squats are what keeps her in model form.

Ready to hit the runway in little more than strategic strings and wings, the models rehearsed to avoid any Janet Jackson moments.

“We made sure that everything is functional and we are comfortable and it fits! We have to make sure there are no wardrobe problems, if you know what I mean,” said Lima.

She also sang the praises of the younger angels with their hashtag-ready phrases: “Everyone here has a personality and the girls are amazing and this is going to be the best show ever. We’re gonna nail it, we got this!” 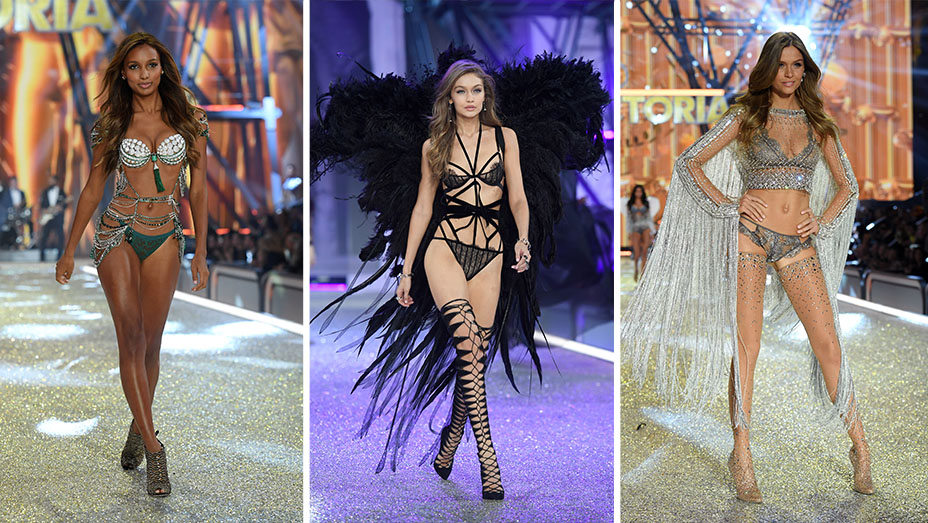 Veronica Webb, who walked in the first Victoria’s Secret show 21 years ago, said she has kept fit all these years. “It set me on a really high level of fitness that has stayed with me,” she said, adding, “But I don’t want to be out on that runway again! I’ll leave that to this generation.”

Yolanda Hadid said the stars had aligned to have both her daughters, Bella and Gigi, walking in the show for the first time. “They say a mother is only as happy as her unhappiest child, and last year was difficult” when Gigi made the cut, but Bella stayed home.

“I just want them to enjoy the night,” she said. “They’ve been eating chicken and salad for weeks — afterward we’ll celebrate with burgers and fries.”