Continue to The Hollywood Reporter SKIP AD
You will be redirected back to your article in seconds
Skip to main content
June 6, 2019 8:00am

For a relatively new and rare diagnosis, Munchausen syndrome by proxy has garnered quite a bit of screen time.

The syndrome, in which a caretaker either fabricates an illness for a victim or induces it in them, entered the public consciousness only four decades ago, when British doctor Roy Meadow coined the term in a 1977 research paper. But since it made its major pop-cultural debut in Nancy Wright’s 1984 true-crime book A Mother’s Trial, it has resurfaced onscreen every few years — on TV shows like The X-Files, Law & Order, Scrubs and True Detective and in films including The Sixth Sense, It and Everything, Everything — titles that capitalize on the syndrome’s dramatic potential, if not always adhering to its realities.

Despite all this media attention, Munchausen syndrome by proxy “has not grown all that much in terms of correct understanding” since the ’70s, says expert Louisa Lasher, co-author of Munchausen by Proxy: Identification, Intervention, and Case Management (she now prefers to call the disorder “abuse and neglect by deception”).

Lasher could be forgiven, then, for skepticism about the latest projects to spark newfound interest in the disorder, Hulu’s The Act and HBO’s Sharp Objects. Nevertheless, she and another top expert in the field, Marc D. Feldman, the author of several studies on the syndrome and co-author of the book Dying to Be Ill: True Stories of Medical Deception, say that HBO’s and Hulu’s series have brought necessary attention to the condition, which they believe to be underreported, undertaught and misunderstood.

The Act, based on the real case of Gypsy Rose Blanchard, follows an adolescent Gypsy (Joey King), whose “chromosomal” defects and other ailments have left her in a wheelchair and frequently hooked to a feeding tube, as she comes to terms with the reality that her mother, Dee Dee (Patricia Arquette), has fabricated her host of illnesses. Sharp Objects, adapted from Gillian Flynn’s novel, depicts reporter Camille (Amy Adams) as she discovers on a trip home to Missouri that her mother (Patricia Clarkson) has often induced illness in Camille and her half-sister (Eliza Scanlen) by poisoning them. 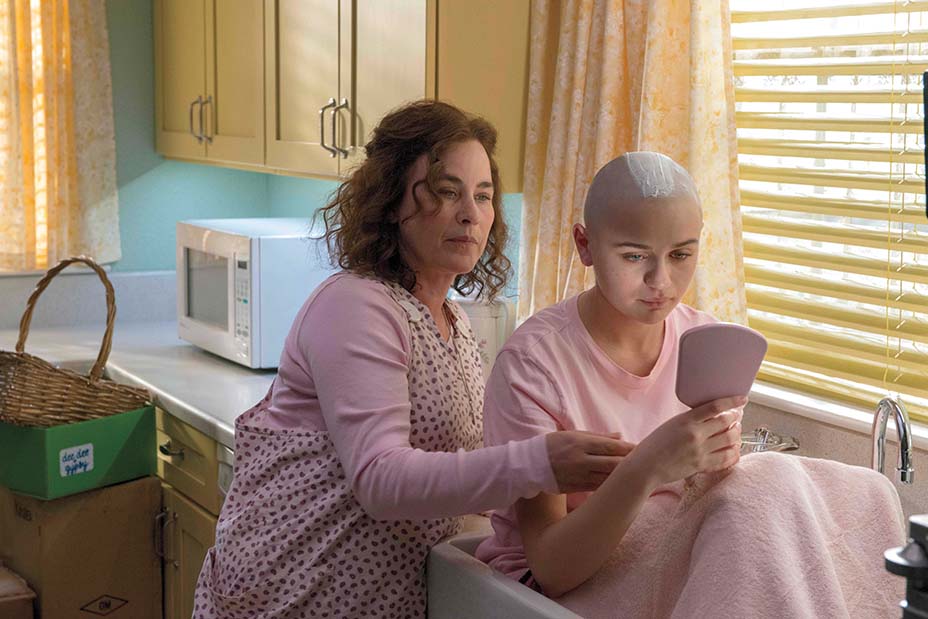 While these series take some liberties with this brand of abuse, they also convey some of its basic realities. The perpetrators in both shows are mothers, as they are in 95.6 percent of identified cases, and skilled deceivers, which is often accurate of offenders. Doctors in the stories meet with the victims of the abuse and are deceived by the perpetrators, which experts believe is common, given that medical schools rarely instruct students on the syndrome.

Sharp Objects stands out to Feldman, in part because it portrays how fathers can often turn the other cheek to abuse perpetrated by mothers. Amma’s father, Alan (Henry Czerny), spends most of the series in a den listening to loud music, literally drowning out the drama in his household: “It’s almost always the case that the father has done just about everything possible to avoid being aware of what’s going on or commenting on it, if he is aware,” Feldman says. Frequently, the father of a victim will have a demanding, time-consuming job or acquiesce often to a partner who has a domineering personality.

Sharp Objects deviated from the norm for most Munchausen syndrome by proxy cases by showing one adolescent and one adult falling prey to a perpetrator: The average age of someone who is diagnosed as a victim is 4 years old. However, older victims certainly have been documented, and Lasher says she was glad for the exposure the show gave to these rarer cases: “This was a good example of dealing with a misconception that this can only happen to children,” she says.

For its part, The Act insightfully portrays how deception can affect a victim’s daily emotional state, Feldman argues. In the first two episodes, Gypsy, starved for a social life, begs her mother to let her socialize with girls her age in the neighborhood; in several episodes, she sneaks looks at social media. Told she is allergic to sugar but suspicious of the diagnosis, Gypsy sneaks to the fridge at night to gulp down soda and sweets: “The first two episodes in particular stressed how suffocating it must be to be abused in that way — overwhelming and isolating,” Feldman says.

While neither expert found any egregious errors in the series, they noted that both portray some of the rarest and most dramatic Munchausen syndrome by proxy cases. The disorder is fatal in only 6 percent to 10 percent of cases, according to the latest research. And cases of “induction” — wherein a caretaker actually forces another to be ill — occur less often than those of “fabrication” or “exaggeration” cases, which, respectively, see a perpetrator pretend a victim is ill or blow their symptoms out of proportion. The focus on these two dramatic inducing cases “tends to lead professionals and nonprofessionals alike to think this is a typical case, and they overlook some of the other kinds,” Lasher says. “That is a concern with me.”

How can Hollywood further improve depictions? Both Lasher and Feldman suggested consulting with Munchausen syndrome by proxy experts, including themselves, for projects involving the behavior. (The Act writers room consulted with UCLA psychiatry and biobehavioral sciences professor Dr. Brenda Bursch on the syndrome, while the production worked with medical tech advisor Doris T. Mehu on set; Sharp Objects had a medical consultant on set for a hospital scene between Camille and Det. Willis.)

Overall, however, both experts note that added exposure for this behavior — in all its forms — leads to a greater chance that doctors and investigators will think of the syndrome when they see suggestive symptoms. “These two new shows have gotten people talking about Munchausen by proxy in a way I’ve never seen before,” notes Feldman, “and I think that’s great.”

'Sharp Objects' Team on Book's 12-Year Journey to the Screen: "An Emotional Marathon"