Things have come full circle for Dom Vetro founder and optician Ashley Bezamat. Hidden in an industrial area of Culver City, Bezamat’s vertically integrated eyewear factory is among the rare exception of frame makers still manufacturing in the U.S. — but it was an escape to the Italian Alps that inspired the Los Angeles-raised designer to return to his Hollywood roots.

Bezamat launched Dom Vetro (which means “house of glass” in Italian) in 2013, although it wasn’t exactly part of his plan. After founding several medical device companies, he fell in love with the centuries-old craft of making glasses while living in a small vineyard town in the northern Italian region of Veneto.

“I really wanted to share the experience that I had in an artisanal workshop in Italy making the perfect pair of glasses, but I didn’t know machining or optics or the industry,” he tells The Hollywood Reporter.

Bezamat relocated to Italy after graduating from Stanford University in search of a respite from the startup life. Raised between California and Europe, he spent childhood summers cycling with his Olympian grandfather in Bordeaux and exploring the French countryside and vineyards, “so Veneto to me was kind of the perfect world. When I got there, I knew it felt like home.” 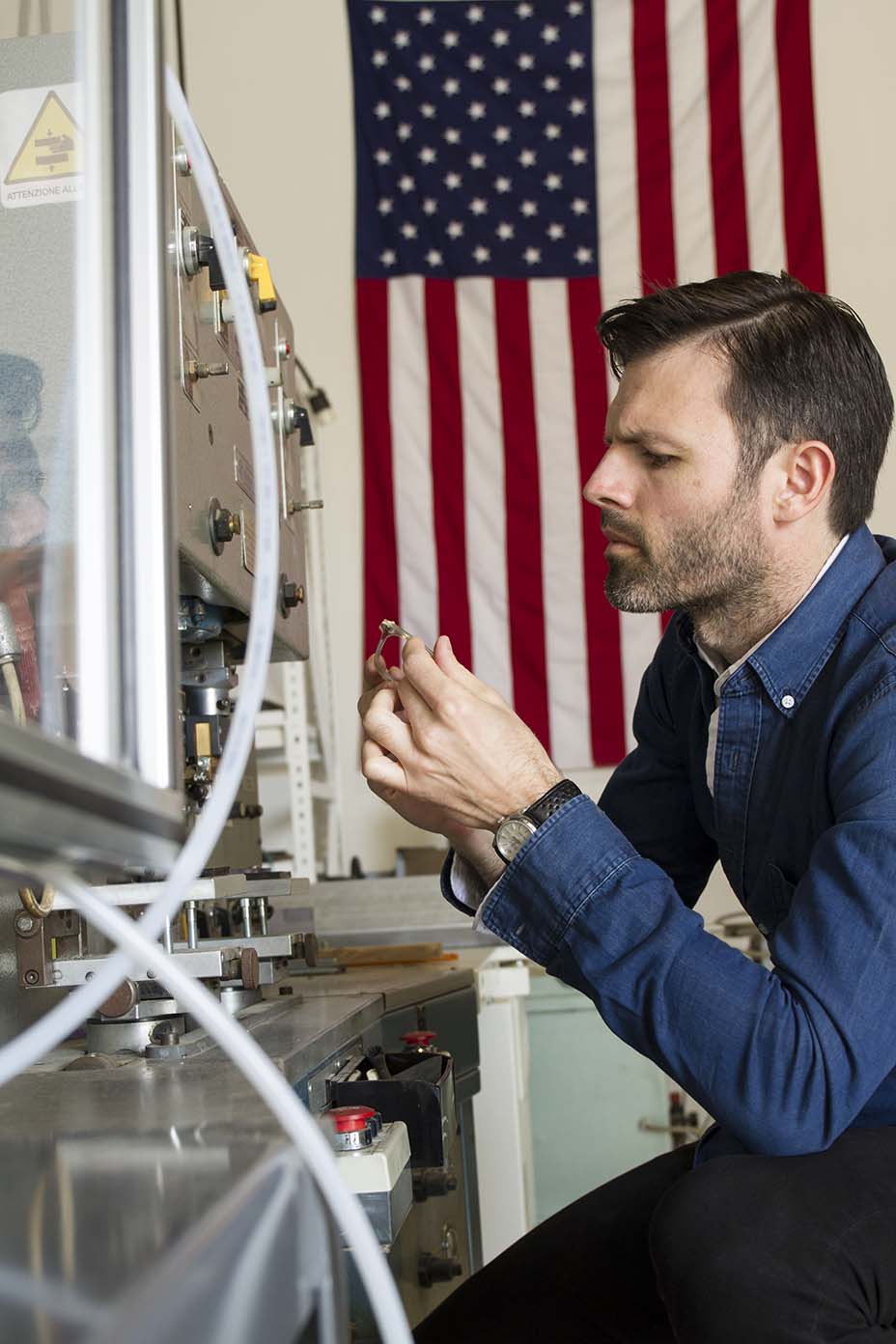 Bezamat’s passion for artisanal design comes from his maternal great-grandfather, an Italian-American named Frank Recupero, who was the head of the men’s wardrobe department at Warner Bros. Studios from the 1940s through the 1970s and was also the personal tailor of Frank Sinatra, Alan Ladd and Mario Lanza.

“He actually lived near Warner Bros. his entire life. I grew up in Toluca Lake and used to walk to Burbank from our house,” says Bezamat, who also had a very brief stint as a child actor. “The first thing I really learned as far as dexterity and craft was when he taught me how to tie the thread around my finger and then create a knot at the end. I learned how to sew at a very, very early age.”

You are too kind Ashley. We love @domvetro !!

Some high-profile Dom Vetro clients who have been fitted in the bespoke eyewear include Rami Malek (who picked up the 1960s-inspired M01 spectacles and the thicker Primo frames), Today host Al Roker (whose electric blue Arthur glasses went viral), Alec Baldwin (who stocked up on pairs for himself, his wife, Hilaria, and their daughter, Carmen) and Jodie Foster (who bought “really beautiful custom tinted sunglasses”).

At the brand’s L.A. showroom (or via its virtual workshop), anyone can get the superstar treatment. Visitors to the showroom can view the machinery that turns acetate into eyeglasses and the wood chip tumbler that polishes every frame as well as see the art of the craftspeople hand-making the specs. Eyewear can be customized, starting at $295, and Bezamat can pinpoint the exact frame size and style to fit a client’s face (right down to bridge width in millimeters) with a mere glance. 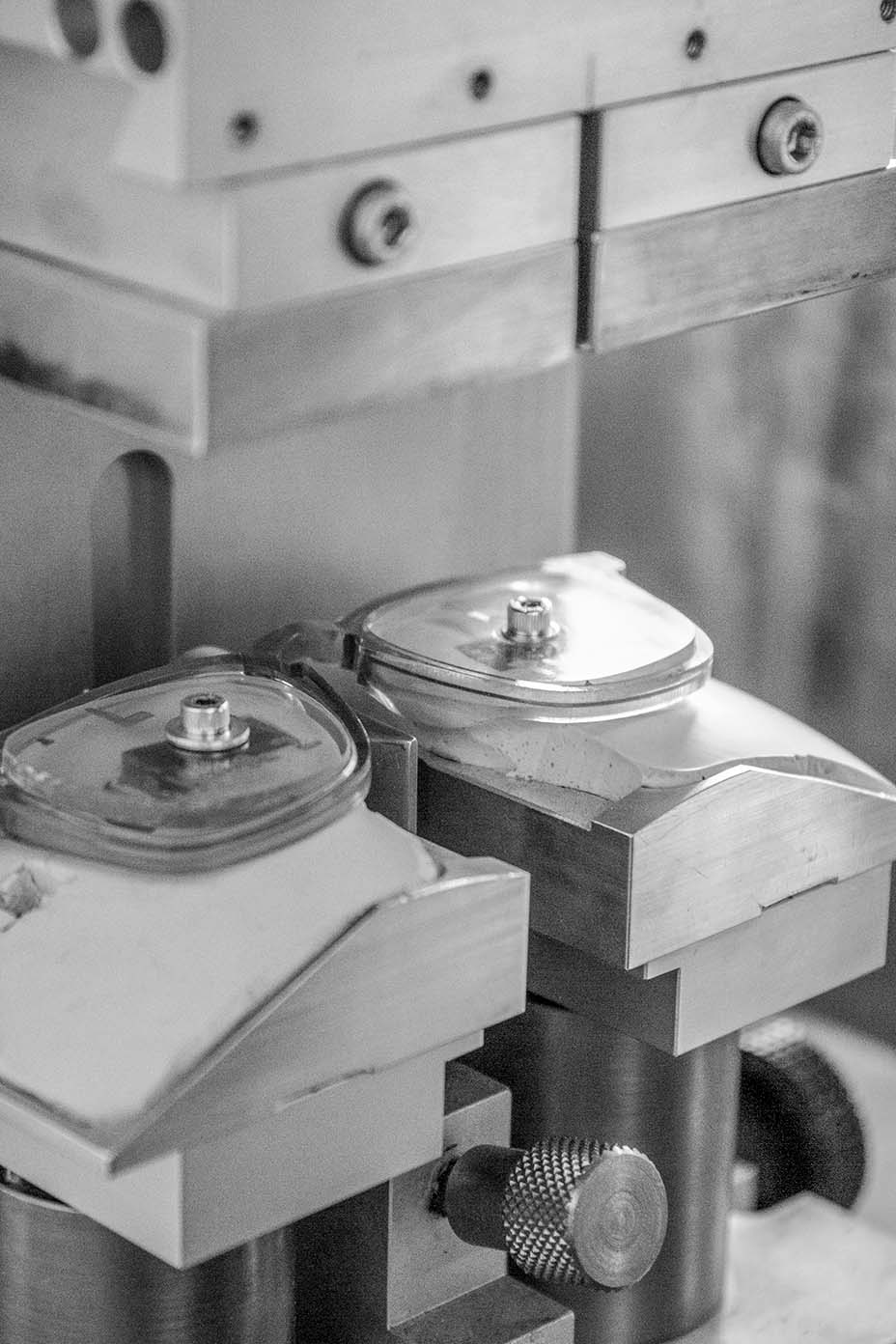 This isn’t Bezamat’s first foray in the ocular industry. While earning his master’s of business degree at Stanford, one medical device startup he co-founded introduced the first non-invasive laser technology for eye color change. “That experience gave me insight into [research and development], machining — very technical stuff, including lasers going into the eye and the anatomy of the eye, which oddly enough prepared me very well for the American Board of Opticianry exam,” he says. (He is no longer involved in that business but remains a co-owner of the company.)

Coming soon is Dom Vetro’s new “Galactic” collection, a line of “edgy and sophisticated” unisex frames that are expected to launch later this month. Like the rest of the brand’s frames, the styles will be fully customizable online or in person.

The brand may soon be headed to the silver screen, too. It narrowly missed its big-screen debut in A Star Is Born (Bradley Cooper “pulled product and he was wearing our sunglasses in the shoot, and then at the last minute changed,” says Bezamat), which is why the designer prefers to keep tight-lipped until he sees the scenes in theaters for himself.

“I was at the studios last week dropping off some product for something that was filming and brought the glasses to stage three,” Bezamat says. “Going back there definitely brings back memories.”