It may not have the history of Cannes or the Hollywood firepower of Toronto, but ask any Asian industry veteran to pick their favorite film event, and there’s a fair chance they will name the Far East Film Festival (FEFF).

As beloved by longtime attendees as it is improbable, FEFF was founded in the picturesque northern Italian town of Udine, just an hour’s drive from Venice, in 1999 with a mission to bring the best of Asian commercial cinema across hemispheres. The event began with a focus on Hong Kong cinema — then still in the late stages of its golden age — and gradually grew to encompass the Korean new wave and movie making across the greater East and Southeast Asian regions.

Co-founders Sabrina Baracetti and Thomas Bertacche, friends who also run a local cinematheque and Italian distribution company, cannily leveraged Udine’s relative obscurity as an advantage: the historic town serves as an intimate platform for Asian and international industry players to come together to build relationships, watch the best of recent commercial filmmaking from the East and enjoy an Italian working holiday in the process.

The appeal of the proposition is evident in the event’s steady growth. This year’s milestone 20th edition is expected to attract a record 60,000 attendees (a sizable total, given that Udine’s population is just 100,000), and special guests over the years have included Asia’s biggest names, including Jackie Chan, Donnie Yen, Feng Xiaogang, Park Chan-Wook, Japanese Oscar winner Yôjirô Takita, and the heads of China’s biggest studios. The festival has also expanded to include a modest but growing film market, educational initiatives, gala dinners, various film competition categories and extracurricular activities like morning yoga sessions and evening Japanese tea and saké tastings.

The Hollywood Reporter spoke with Baracetti and Bertacche about FEFF’s bold but humble beginnings, the evolution of Asian cinema during their tenure and the future of international film festivals (hint: embrace Netflix).

Tell us about the origins of the festival. How did you come up with the idea of producing a festival dedicated to commercial Asian cinema in a small Italian city like Udine?

Bertacche: It was really by chance. We had worked on a festival that did three editions focussed on Italian movies — one covering the 1950s, one for the ‘60s and another for the ‘70s.

You know, Italian cinema at that time was really rich for every kind of genre movie — comedies, musicals, Westerns and horror. At the same time we were running a cinema in Udine that was focussed on a completely different type of movies — art-house cinema. But we wanted to find a way to continue with this work we had started of celebrating genre movies, and we felt that it was important to share with the audience that all movies are important in different ways. If you remember, it’s really only recently that Cannes and other prestigious film festivals became open to genre movies. Twenty years ago, to have a genre movie in competition or selected in this kind of festival was quite difficult.

How did that lead you to Asia?

Baracetti: Well, we decided to look at Hong Kong, because at that time in the 1990s, it was home to some of the world’s most exciting genre cinema. You have John Woo and Tsui Hark. We discovered Johnnie To. This is commercial filmmaking but really exciting cinema. That formed the focus and inspiration for the first edition. 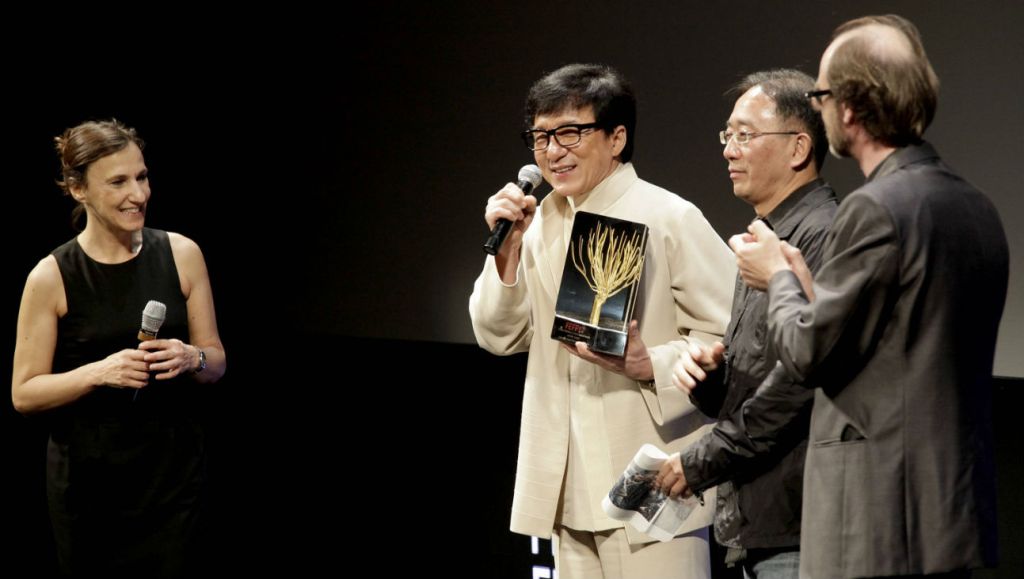 And then the festival grew to encompass the whole region?

Bertacche: We were working with Derek Elley, a film critic for Variety. who was one of the first western critics to review these Hong Kong films and really take them seriously. Derek then suggested we broaden our focus a bit to cover all East Asian movies, because Korean cinema was about to become very interesting. We were very lucky, because it was 1999, and that’s when Korean cinema absolutely exploded. We had the great Kim-Jee Woon attend, and Park-Chan Wook (Old Boy, The Handmaiden) came in the second year. We also had some great Japanese filmmakers, like Yôjirô Takita, who later won the Oscar for Departures. He came here in 1999 with Himitsu (The Secret).

What gave you the confidence to know that the city of Udine and its surrounding region would embrace Asian film and support a festival of this kind?

Baracetti: We had no confidence; we were very lucky. We were running our small art-house theater and, in some way, it had a kind of dedicated audience that used to come. But when we decided to move [to the city’s main theater and expand the event dramatically] it was completely risky stuff.

Bertacche: We were surprised when it was completely packed every day.

You mentioned how the rise of Korean cinema benefited the festival in its early days. Of course, the most recent global film industry trend to have occurred during the festival’s tenure has been an explosion of the Chinese film industry.

Baracetti: Yes, when we first started going to China in the early days, for example, there were about 2,000 movie screens. Now, there are almost 50,000. It’s been a complete revolution. In some way, the festival is a kind of mirror of what happened in China. In the early days, mainland China’s big-name directors were mostly making mainstream films for the Chinese audience, so coming here was really surprising and exciting for them. They didn’t ever really imagine bringing their movies abroad, but it was important to them to do so. It was a good opportunity for us to build relationships with them. We met Feng Xiaogang at the very beginning, and he has been here twice. 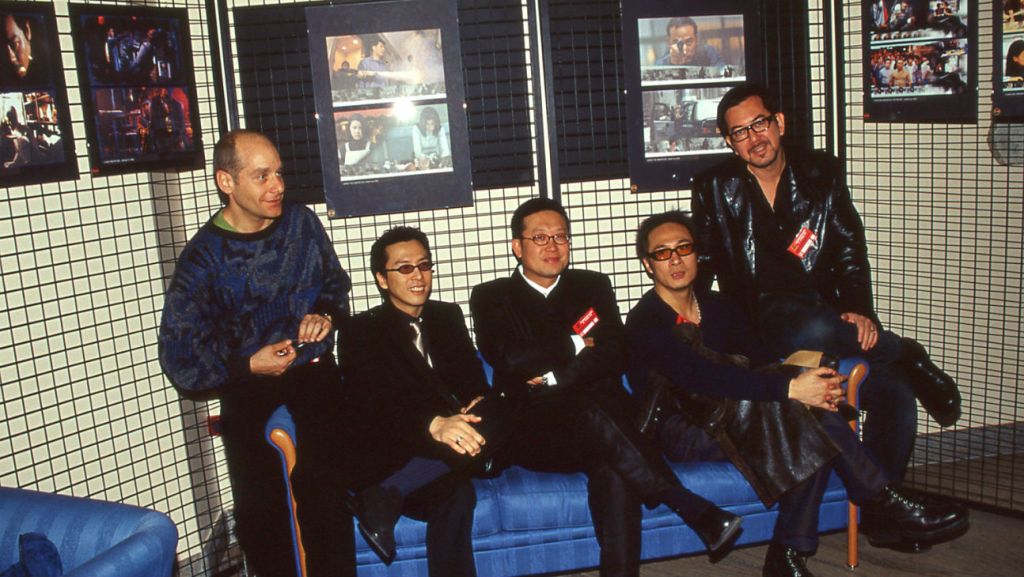 How has the growth of the Chinese industry affected your jobs as Asian festival directors?

Bertacche: It has become much easier to actually see the films in China now. In the old days we would have to work very hard to meet with all of the producers in person in China and talk to the Film Bureau and explain what we were trying to do. Nothing was subtitled. Now we can just go to Beijing and there are theaters that screen most of the movies with subtitles in English. But it’s also a real challenge now to find Chinese movies that work for an international audience. Everything is bigger — big budgets and big action — but the films are still mostly made for very local sensibilities, and it’s hard to access the young directors who will be the established, exciting names of the future. We still have to search for these voices.

As close observers, what are some of the trends in Chinese cinema that concern or excite you?

Baracetti: Personally, one of the most interesting trends for me was to see how Chinese directors have been able to make films like Wolf Warrior 2 that are propaganda but at the same time so spectacular that they are able to gain the attention of a big audience — the balance of these two elements. The Chinese audience now is really demanding, always changing quickly and wanting to see something different. The propaganda trend is a little scary, but it’s also exciting how they can do that — how they can evolve, even with the censorship.

This year you screened Yang Woo-suk’s South Korean spy thriller Steel Rain, which was released theatrically in South Korea but streamed exclusively on Netflix everywhere else in the world. How did you manage to get permission from Netflix to screen it in Udine?

Bertacche: Well, it’s a long story, but the starting point was talking with the South Korean company, Contents Panda, and inviting them. The idea we gave them was to invite the director and the stars, Jung Woo-sung and Kwak Do-won, and make it something really special. They were really pleased when they received the invitation, because it meant they would have an international premiere and get to meet an audience, which otherwise doesn’t happen with Netflix. We discussed the idea with Netflix, and in the end they were fine with it. We were a little bit worried, because the film was already available online since March, but a lot of people turned up to watch the film on the big screen. We’d love to try this again.

Famously, or infamously, Netflix has decided not to send any of its films to Cannes this year after the festival instituted a new rule that bans any film without theatrical distribution in France from playing in competition. The rule change was seen as a concession to French exhibitors, whom the government has also boosted with a law that blocks movies from appearing on streaming platforms for at least 36 months after their theatrical release. What’s your take, as festival organizers?

Bertacche: Probably the window between festival screening and when the movie will be available on Netflix is the problem here. Of course, in France it’s too much. I can understand Netflix saying, “I cannot put my movie in competition in your festival and then wait three years to have it available on my channel.” They have to work a bit on the windows. The model has to work for the filmmakers, the audience, the festival and Netflix — and it should be possible. I also think festivals can actually help companies like Netflix.

Bertacche: I think that with this explosion of series and film production, which is still increasing a lot, you need festivals to help with selection. People need help selecting what to see, and the producers need help getting attention for their series or film — festivals can step in here.

This is similar to how we started. Twenty years ago, many of the films shown in the FEFF had no publicity material, no basic synopsis in English — some didn’t even have English titles. So we helped create these things and make a point of access for these films for audiences overseas.

Baracetti: I think there are a lot of great series being made in Asia, some by interesting new directors. Some of it has not gotten attention on Netflix or Amazon, and there are other great series on different channels in Asia. We are doing our research, and next year we plan to include some series in our program.

How will you show it?

Bertacche: I don’t love the idea of showing only two or three episodes. We would prefer to just show the whole thing. We are thinking of starting with two complete series for next year. Watching a whole series on the big screen together with other cinema lovers from around the world — sounds fun, right? 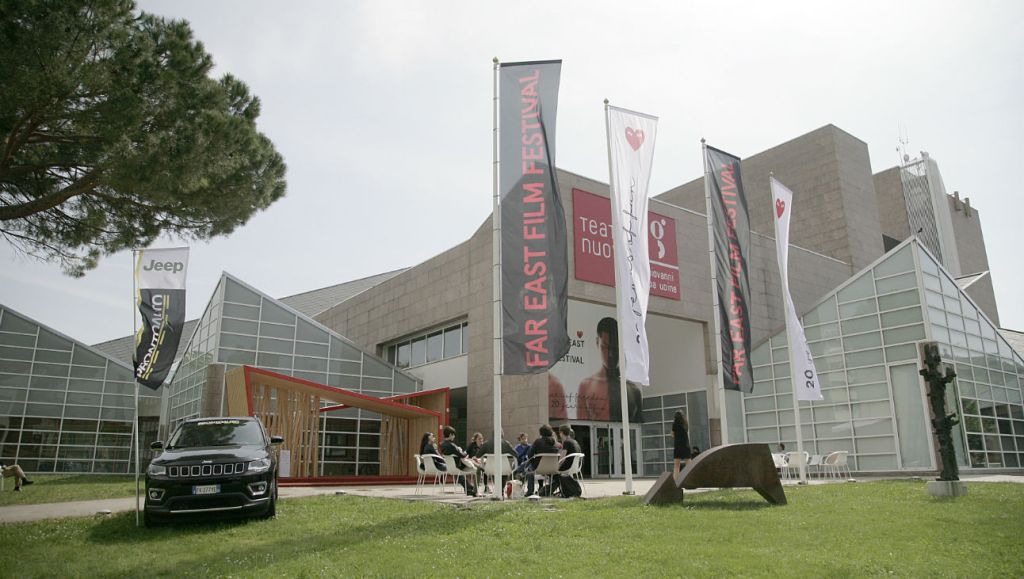