Ahead of the Nov. 6 midterm elections, top designers are trying to get out the vote with “canvass” tote bags, following indie brands like The Outrage, Prinkshop and Shrill Society that have already released feminist and political apparel, including the Nasty Woman T-shirt that Katy Perry proudly sports.

Prabal Gurung, Cynthia Rowley, Edie Parker and Eckhaus Latta have all partnered with national grassroots organization Swing Left to create “canvass” tote bags to help flip the House of Representatives to a Democratic majority. The bags, $45 each, are available online in a limited run. 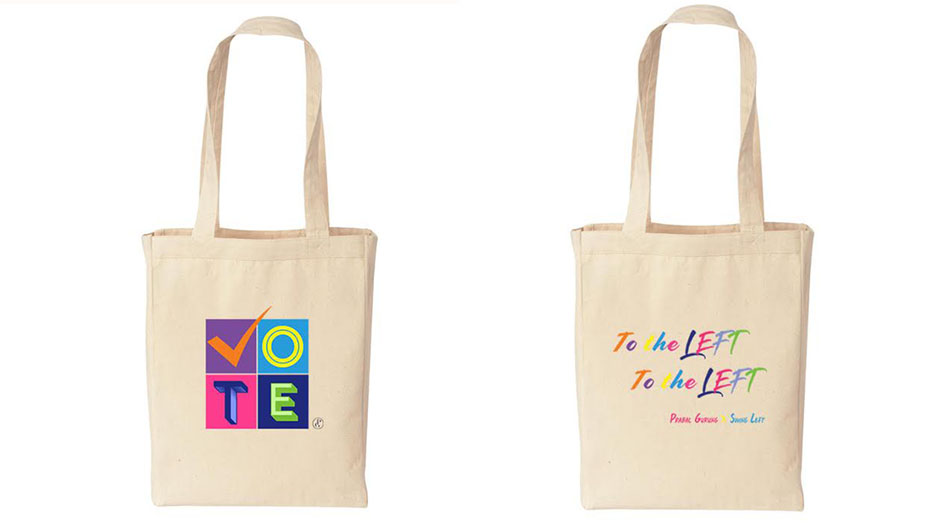 “These midterm elections are one of the most important elections of our time,” Gurung tells The Hollywood Reporter in a statement. “For those of us who don’t support the direction the country is going in — who have different ideas of what our society’s needs are and how those needs should be met — this midterm election gives us the power to fight for change and to shift our legislation and representation. This is not a time for us to sit quietly, it is a time for us to make our voices heard.”

Though it starts with voting, he says that voting alone may not be enough. “We need to educate, rally, and build conversation with others, inspiring those who may feel unheard, unsure and unseen to register and show up to vote as well. For this reason, we are excited to partner with Swing Left, an organization that mobilizes action to take back the House. We have a platform, and with it, I feel a responsibility to use it to promote active change to create a stronger, brighter future.” 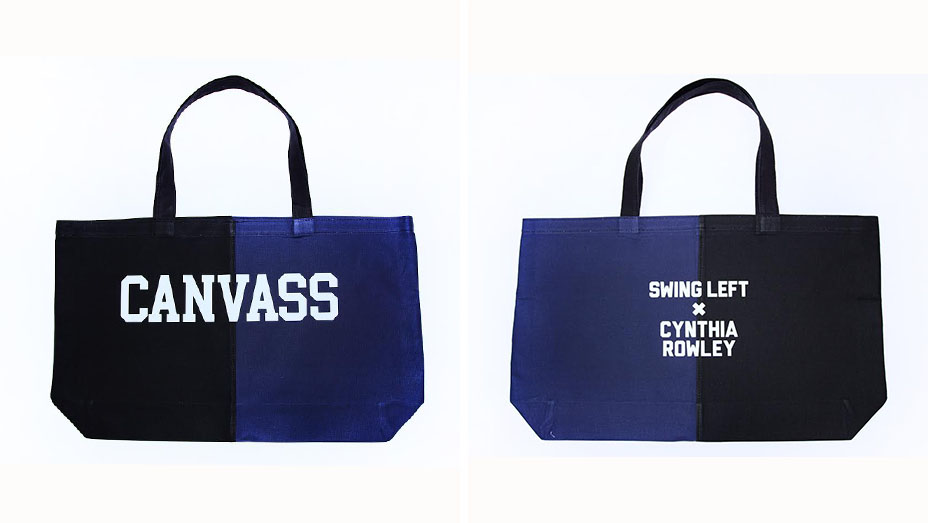 Eckhaus Latta’s design features a poem reading, “IS THIS WHAT YOU WANTED?/ Lady liberty in a foam crown/ Twirling the sign/ Everything must go/ At some point.”

Accessories brand Edie Parker debuted a beige tote with patchlike designs, urging people to “Vote.” Designer Brett Heyman has previously embraced the political by creating an acrylic Time’s Up bag, with all the proceeds going to the legal fund.

“I was thrilled to be a part of this campaign,” Heyman tells The Hollywood Reporter. “Swing Left makes it incredibly easy to get involved in all the up-for-grabs swing districts that really matter next week. No matter where you live, you can help.”

Mike Eckhaus adds, “It is important to us to have an active role in getting people informed on how they can participate in creating positive change, aligning with Swing Left is the perfect platform for this and we are super excited to make a product to help promote an incredibly pivotal time in our country’s history.” 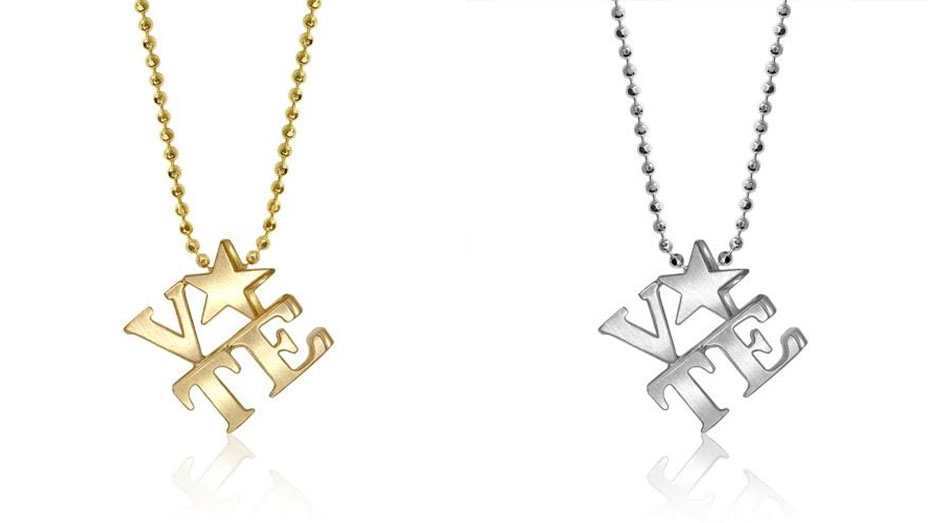 The collaboration demonstrates how political fashion is reaching beyond wearing all black for the Golden Globes or sporting Time’s Up pins on the red carpet. Several designers have already combined the creative with the political; jeweler Alex Woo released a line of starry Activist VOTE necklaces — worn by Gina Rodriguez, Aisha Tyler and Mira Sorvino — for between $138 and $648. On Election Day, designer Leanne Marshall posted a white gown with a red-and-blue “vote” painted print that she designed. And Tory Burch previously debuted her colorful “Vote” tees, worn by the likes of Dear White People‘s Logan Browning and Crazy Rich Asians‘ Constance Wu.

VOTE couture #govote !! . . . (Dress by me, pls tag @leannemarshallofficial if you repost. Thanks!)

A post shared by Leanne Marshall (@leannemarshallofficial) on Nov 5, 2018 at 5:50pm PST

In the beauty world, nail salons are showing their patriotism, too. Nontoxic nail salon Base Coat is offering 15 percent off services if you bring in your “I Voted” sticker through Nov. 6. Olivia Wilde, Rosie Huntington-Whiteley and Patricia Heaton are fans of the salon, which recently opened at The Grove. Los Angeles salon Bellacures, with locations in Beverly Hills, Brentwood and Santa Monica, is debuting its “Politicure” nail designs with donkeys, elephants or the word “Vote.” 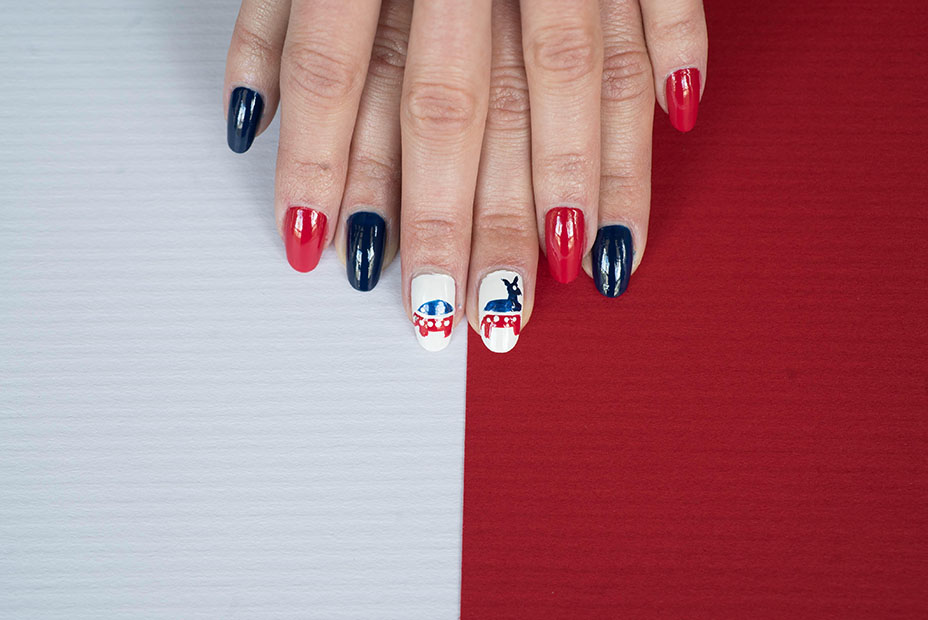 Makeup brand Lipslut was founded on politics, specifically fighting the Trump administration, by selling matte pink “F*ck Trump” lipsticks for $20 each. Fifty percent of all sales go to various causes chosen by customer votes, from aid to the victims of Charlottesville, Virginia, to Planned Parenthood to the ACLU. Lipslut raised $100,000 for immigrants at the border over the summer.

As the beauty and fashion industries embrace political expression, stars are also lending their voice to the cause. Natalie Portman, Leslie Odom Jr. and Rebecca Bloom are going canvassing in swing districts; Will Ferrell has been spotted door-knocking for Stacey Abrams (D) in Georgia; and Maggie Gyllenhaal and Taylor Schilling are helping with Swing Left’s kickoff rally Thursday.