Long before the word “influencer” was part of the daily marketing lexicon, Chiara Ferragni was at the forefront, paving the way for building an online persona into a brand and growing her passions into a wildly successful business.

What started as a Flickr account grew into the blog The Blonde Salad. Ferragni was named Forbes No. 1 most powerful fashion influencer in 2017. She’s become a permanent fixture at couture weeks, and continues to collaborate with top fashion houses for a variety of campaigns and exclusive lines.

Now she is putting her life on film to reveal the secret of her success. Ferragni has teamed up with noted director Elisa Amoruso to tell her story. The film is shot across New York, Milan, Paris and Los Angeles. Francesco Melzi d’Eril is producing the still untitled film with his company Memo Films, which recently produced Luca Guadagnino’s Suspiria and his upcoming documentary on Salvatore Ferragamo.

“My story is of a girl who had a dream and who really believed in it,” Ferragni tells THR about the upcoming film. The film will follow her career trajectory from her upbringing in Cremona, Italy, to global fashion mogul, to unveiling a roadmap of her future projects. It will be released this fall to commemorate the 10th anniversary of her website.

Today, the 31-year-old mother has nearly 16 million Instagram followers and runs Chiara Ferragni Collection, her own fashion line of shoes and clothes in flagship stores in Milan, Paris and Shanghai. The collection often features her trademark winking blue eye graphic that has become iconic among fashion insiders. Leaving no stone unturned, Ferragni is also launching an already-sold-out beauty master class this year. 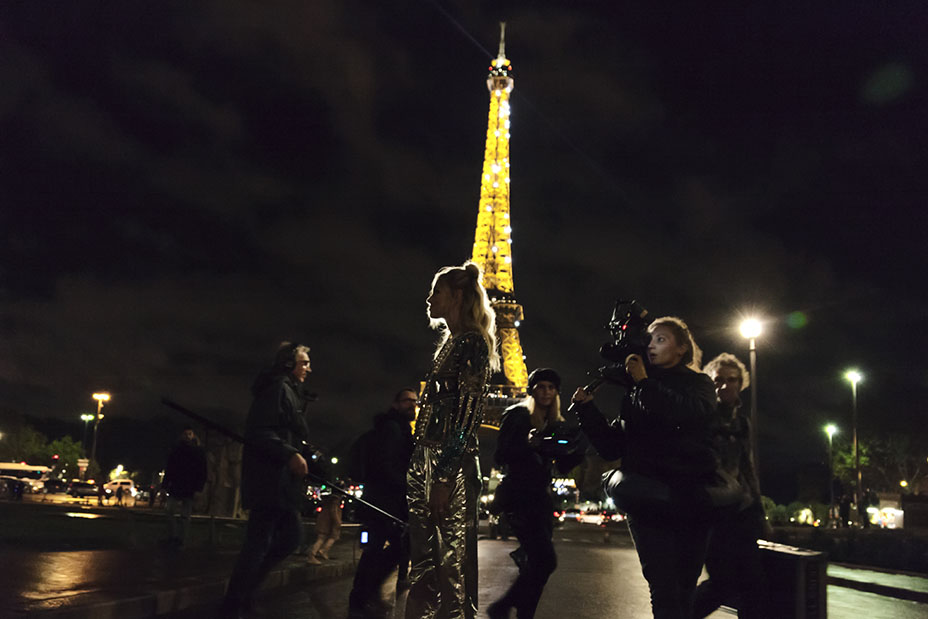 Amoruso shares a special kinship with Ferragni, describing their collaboration as “love at first sight.” She is one of Italy’s strongest young directors, having focused her career on telling stories of unique women and making a point to work with female crews.

Amoruso made waves in 2013 with her first documentary feature Off Road, the story of a transgender mechanic who marries her girlfriend in Rome despite typical gender conventions in Italian society. Her film Strange Strangers told the story of five women who immigrated to Italy from different countries in search of a better life. And her upcoming film Beautiful tells the story of a mother and her three daughters who were baby models in the ’90s, produced by Fandango and Timvision.

Ferragni’s documentary will open with her fairy-tale Sicilian wedding to Italian rapper Fedez. Her Dior-designed wedding wardrobe generated more media value for the brand than Meghan Markle’s singular bridal gown did for Givenchy. Every collaboration behind the Ferragni-Fedez wedding, from outfits to decor, is still inspiring young brides across the world. 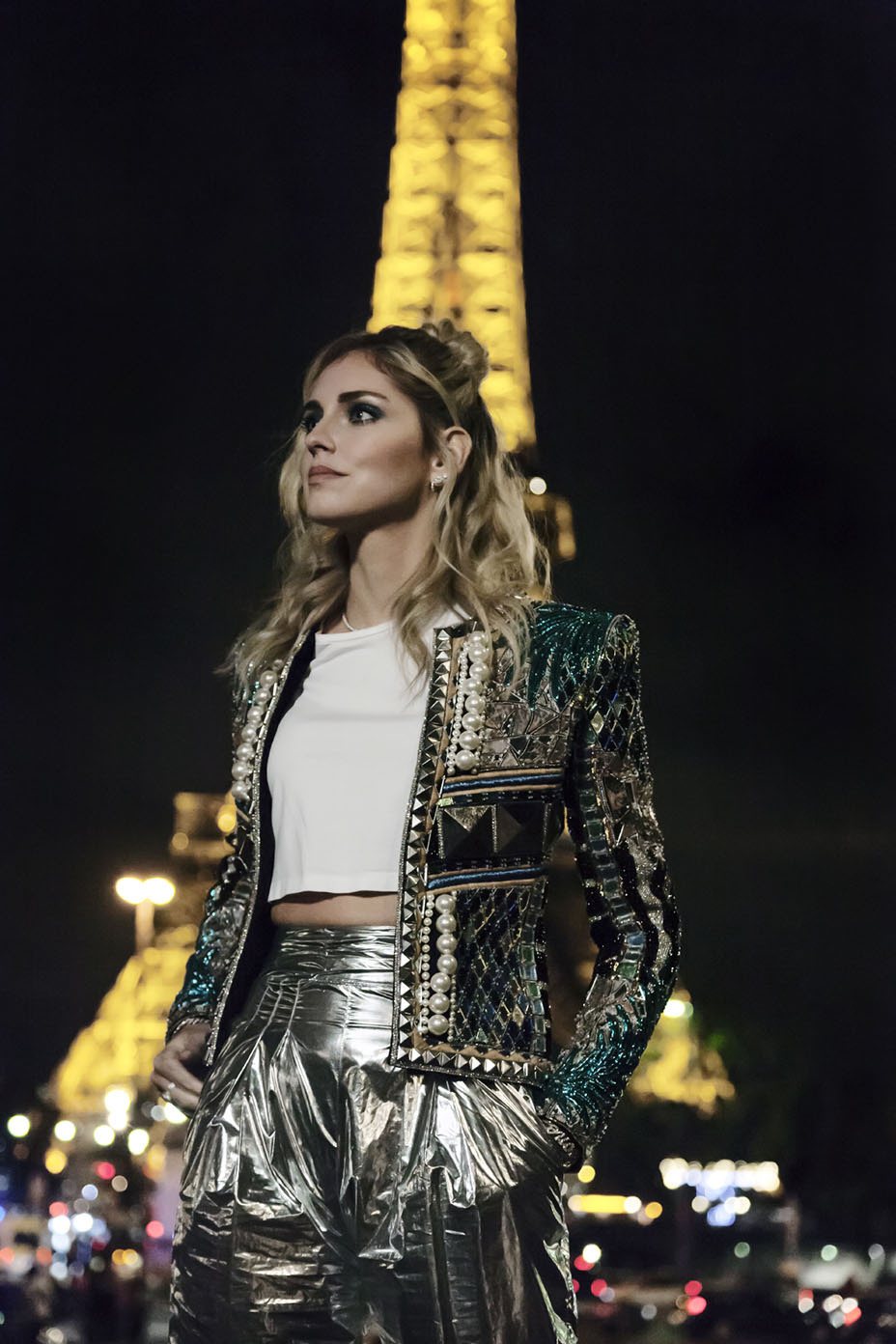 “I want people to see the true me, without filters. Elisa Amoruso filmed me in so many different moments, and because there was no script it’s all very natural and authentic,” says Ferragni. “There are some of the most beautiful moments of my life, from my wedding to when I am with my baby Leone to others when I’m sharing some more intimate thoughts. They’ll see my life in a way that is just more than one single post or a 15-second Instagram Story.”

Amoruso believes the film will show a never-before-seen side of Ferragni, uncovering what really drives people to follow her lead. “Everybody online thinks they know her, but they don’t really know who is the real Chiara Ferragni. She has faced all the difficulties and fragilities that a woman can face, as a mother, wife, businesswoman,” says Amoruso. “Chiara shares values through her platform.”

Melzi d’Eril says the film will also look at the overall impact influencers have had on the fashion industry through sales, communication and branding. “It’s a huge shift really of power overall. So we wanted to tell the story of Chiara but also to tell how the world has changed. That’s why we are interviewing university professors, journalists and writers. We want to try to understand and explain how this new world works.”

“These platforms were not created for people to become independent creators and businesses,” says Amoruso. “But people have used them to revolutionize business, advertising, culture. I think Chiara is the most important case in this situation. She is the top fashion influencer, recognizable all over the world.”

The film will also explore the drawbacks to putting yourself in the spotlight. “She’s a very successful woman but she has also enemies,” says Amoruso.

The film will also be a who’s who of the fashion world today, with interviews expected from the likes of Silvia Fendi, Alberta Ferretti, Jeremy Scott, Maria Grazia Chiuri and Diane Von Furstenberg among many more designers influenced by Ferragni. Media personalities featured in the film include Eva Chen and Moira Forbes as well as another original influencer, Paris Hilton. 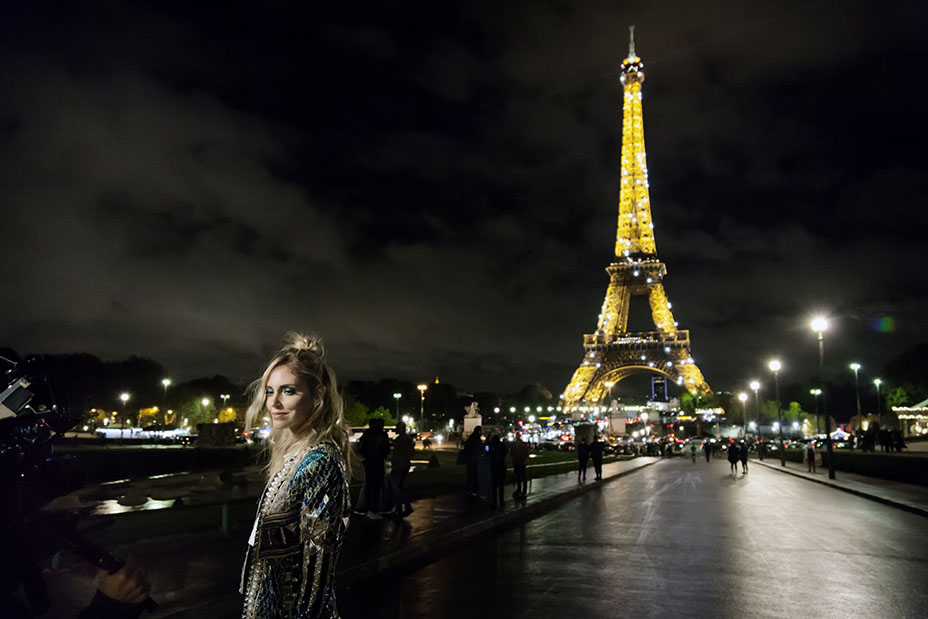 “We believe she’s the perfect paradigm. I believe understanding the dynamics of Chiara’s success and particularly what kind of model she is for the young girls is very interesting. She has a huge following in terms of young people and young girls,” says d’Eril. “It’s also just very fun to work with her, to shoot this kind of film.”

According to Ferragni, there will be something for everyone in this film. Her ideal audience includes: “Everyone: from my followers who want to learn more about my life, to my haters who don’t really get my job and to those who are interested in seeing how the Internet and social media have revolutionized the worlds of fashion and communication.”